The green new deal is such incredible nonsense; advanced by naive folks buying, yet again, into the false promises of collectivism, socialism and statism.

One by one we have seen the 2020 candidates for the Democratic nomination, both presumed and declared, voice support for a “Green New Deal.” While some of these candidates may simply be mouthing the words to assuage the more rabid elements of the environmental far left, the mere fact that this idea is being taken seriously should be of concern to every freedom loving American. The Green New Deal is truly a Greenist Manifesto, a call for reviving old socialist ideas but this time with green characteristics.

While there is not yet any actual legislative proposal to evaluate, we do have a list of proposed policies that a coalition of interests, fronted by newly elected Representative Alexandria Ocasio-Cortez, developed in the hopes of providing guidance to the newly created House Select Committee on the Climate Crisis.

The list of “green” proposals is as comprehensive as it is fanciful: reaching 100% renewable power, building a nation-wide smart grid, upgrading every building for energy efficiency, eliminating greenhouse gases from industry and transportation, and funding massive investment in a “drawdown” of greenhouse gases, among others. All within a mere 10 years.

A low-end attempt to estimate the cost of these proposals adds up to many trillions of dollars per year (for reference the federal government currently spends $3.3 trillion annually, so we are talking several times current spending every year). But even before considering the astronomical cost, there is a more practical barrier: the bounds of technology and even physics. Simply put, these goals are not possible.

Take 100% renewable power. In 2017, wind provided just 6.3% of electricity generation in the US, with solar providing a mere 1.3%.  And that is after decades of subsidies and federal and state mandates for renewable generation.  A recent estimate calculated that to simply generate enough electricity to meet current US power demand, it would require covering 12% of the land area of the continental United States with wind turbines.

That is more than twice the size of California of just wind installations. And the physical turbines are just the beginning, huge numbers of long distance power lines will have to be built to move this renewable power to cities.

Wind and solar are also intermittent.  Currently, natural gas or coal are typically used as backup when renewables are down, but in this brave new green world some alternative will need to be found, perhaps batteries. Vast acres of hugely expensive batteries, the technology for which has never been proved able to power the entire grid on their own.

And how will we eliminate greenhouse gases from agriculture and industry? The Green New Deal helpfully offers investment in “local-scale agriculture” as a fix. Except that local agriculture is inherently less efficient than large-scale agribusiness, not to mention there is no technological fix for methane emissions from livestock. Without coal, how does industry produce the steel in all those wind turbines and solar panels?

Perhaps there is some sort of future technology that would allow all the mining of minerals and cement production that will be needed to build the vast fields of wind and solar – not to mention the batteries! – to be done free of greenhouse gas emissions, but that technology certainly doesn’t exist today. The same would need to be done for all the other products made from fossil fuels: plastics, clothing, pavement, etc.

Then there is the simple, modest goal of eliminating emissions from transportation. The average age of passenger vehicles in the US is currently more than 10 years. What will greens impose? A government confiscation effort of vehicles in order to meet a 10-year decarbonization goal?

At least for passenger vehicles there is technology for electric vehicles (though shudder at the vast cost of replacing hundreds of millions of vehicles with more expensive electric alternatives), but what about freight trucks, ships, trains, airplanes?

Are we going to electrify 140,000 miles of railroad? Put nuclear reactors in every ship (or maybe just revert to sail power)? There is not even theoretical technology available for replacing jet fueled airplanes, and even if one were discovered tomorrow, designing a new airplane alone can easily take a decade.

Even on longer time scales than 10 years and with unlimited money, achieving any one of these goals would require huge technological advances. It is a simple fact that, even if it was a good idea, we do not have the technological knowledge today to achieve any of these goals in just 10 years, irrespective of cost.

Yet this Green New Deal is still treated as a real policy proposal, not a fanciful alternative universe from a sci-fi novel.  Why, it’s almost as if all this “green” hand waving is just a cover for some larger agenda.

The second half of the Green New Deal, on the other hand, looks much more familiar: a job guarantee for everyone, a living wage guarantee, a free hand for labor unions, government mitigation of income inequalities, a universal basic income, universal health care, and any other programs the drafters might desire. Other than the baffling provision for a “just transition” for all workers most affected by climate change, these are all provisions that are fairly standard fare for your average advocate of far left socialism.

It is not made explicit what this standard socialist and progressive wish list has to do with climate change, but for today’s environmental left, it appears logic and coherence are not required qualities. For those not on the left, this manifesto should be a warning, though.

A skeptic might wonder why the answer to every new crisis is to do the same things the far left has been doing or trying to do for 100 years. A skeptic might wonder about the seriousness of the purveyors of climate change alarmism when they treat a supposed existential threat to humanity as a convenient opportunity to press their long held policy goals. For while the fanciful proposals in the “green” section are quite literally not possible, the policies in the socialism section are very real and concrete. 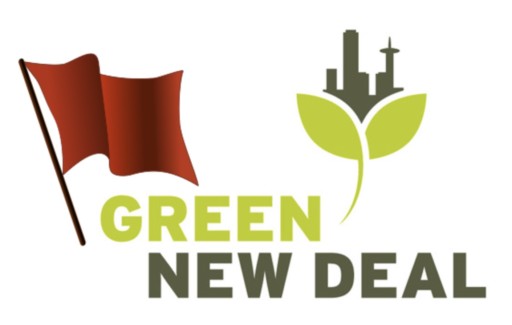 Ultimately, this Green New Deal is not about saving the environment. The greenwashing is about creating a sense of urgency and moral panic. The more panic the better to entrench government ever deeper into the lives of American citizens. Americans resisted socialism in the Cold War, now it’s time resist socialism in the Green War.