Fractivists are the worst hypocrites. Most hypocrites have standards they violate. A trip down the fractivist trail, though, shows only double standards.

Wine trails, antique trails and historical trails; there seems to be a trail for everything these days. A combination of websites, maps and trail signs lead us to various attractions in which we might have an interest. Most states have historical marker programs, in fact, to giver us little tidbits of why particular sites have significance. One of our readers also sent me this story about a fractivist trail marker. It was totally fake, but it made us both think about the possibilities of doing something much more real; something that would expose fractivists for who they really are — highest order hypocrites.

My fractivist trail would start in Ithaca, New York with this: 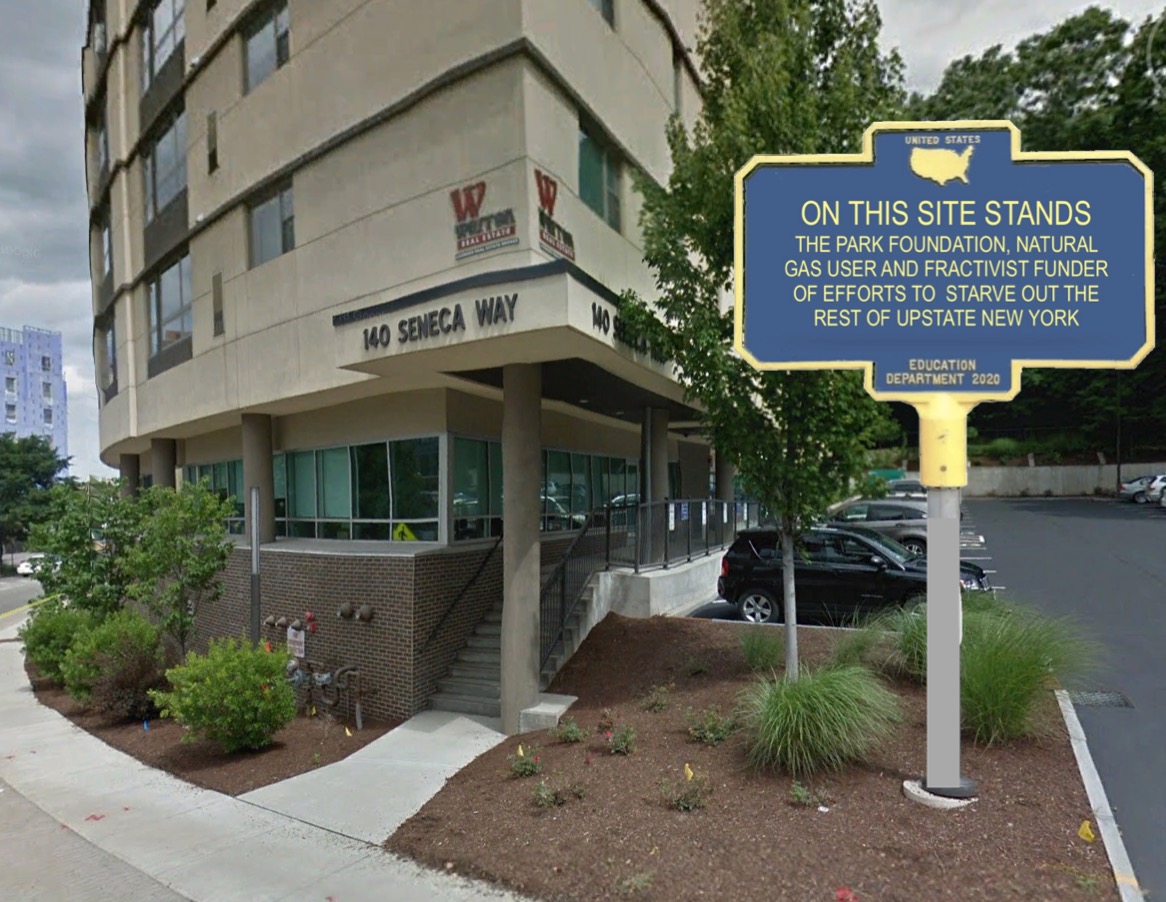 The Park Foundation, of course, has helped fund every major fractivist initiative, including not only local crazies, but also fractivist science from Tony Ingraffea and company and radical national groups such Food & Water Watch. It labels the impact of what it does to ordinary Upstate New Yorkers as merely “collateral damage.” It also partners with the Rockefellers to do much of this, including the Sustainable Markets Foundation perch used by one its own directors, the Fractivist Rasputin, Jay Halfon.

The next stop on the fractivist trail is also in Ithaca: 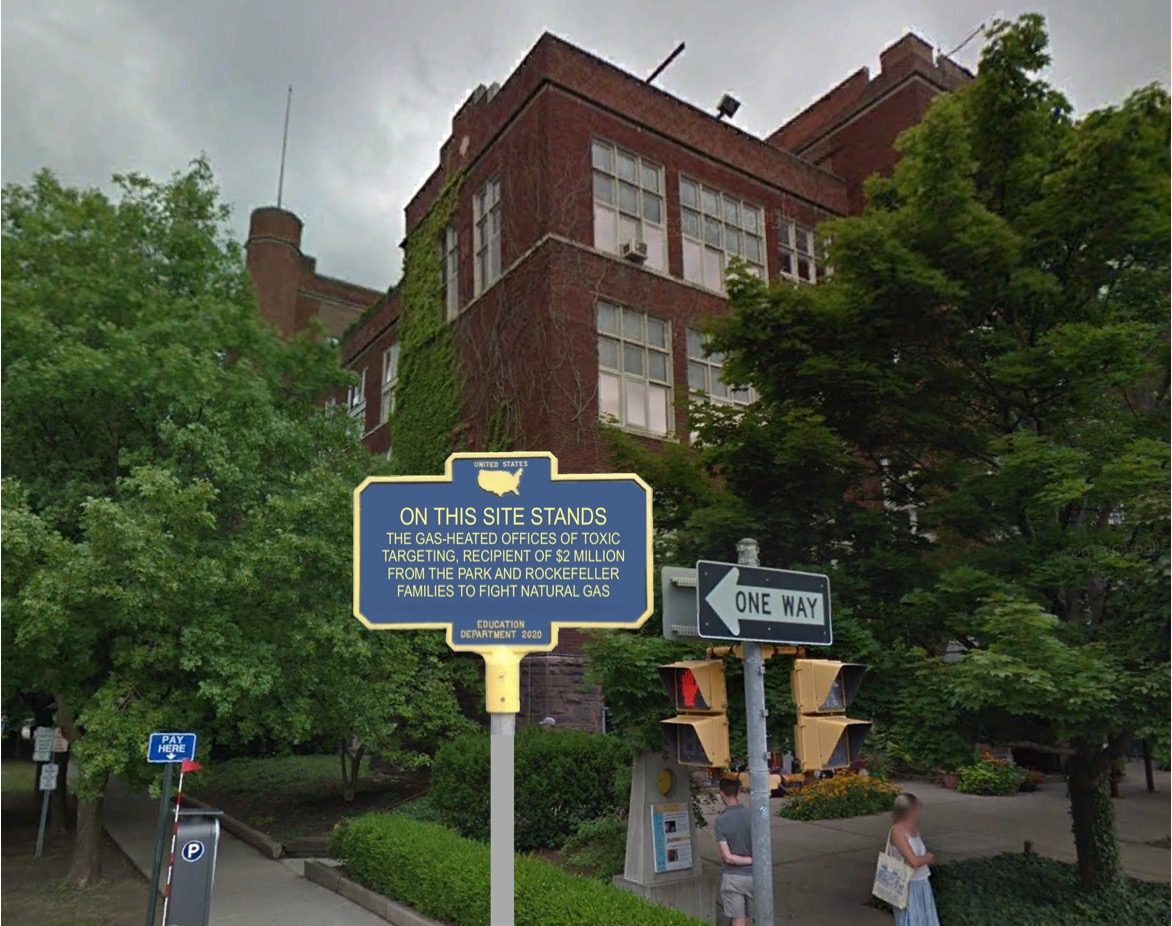 Yes, Walter Hang, has been paid well over $2 million from the Park and Rockefeller families through the Sustainable Markets Foundation. They pay him to fight natural gas development any he can. He does his work from gas-heated offices.

From Ithaca, the fractivist trail heads east and south to Brooklyn to the WowHaus: 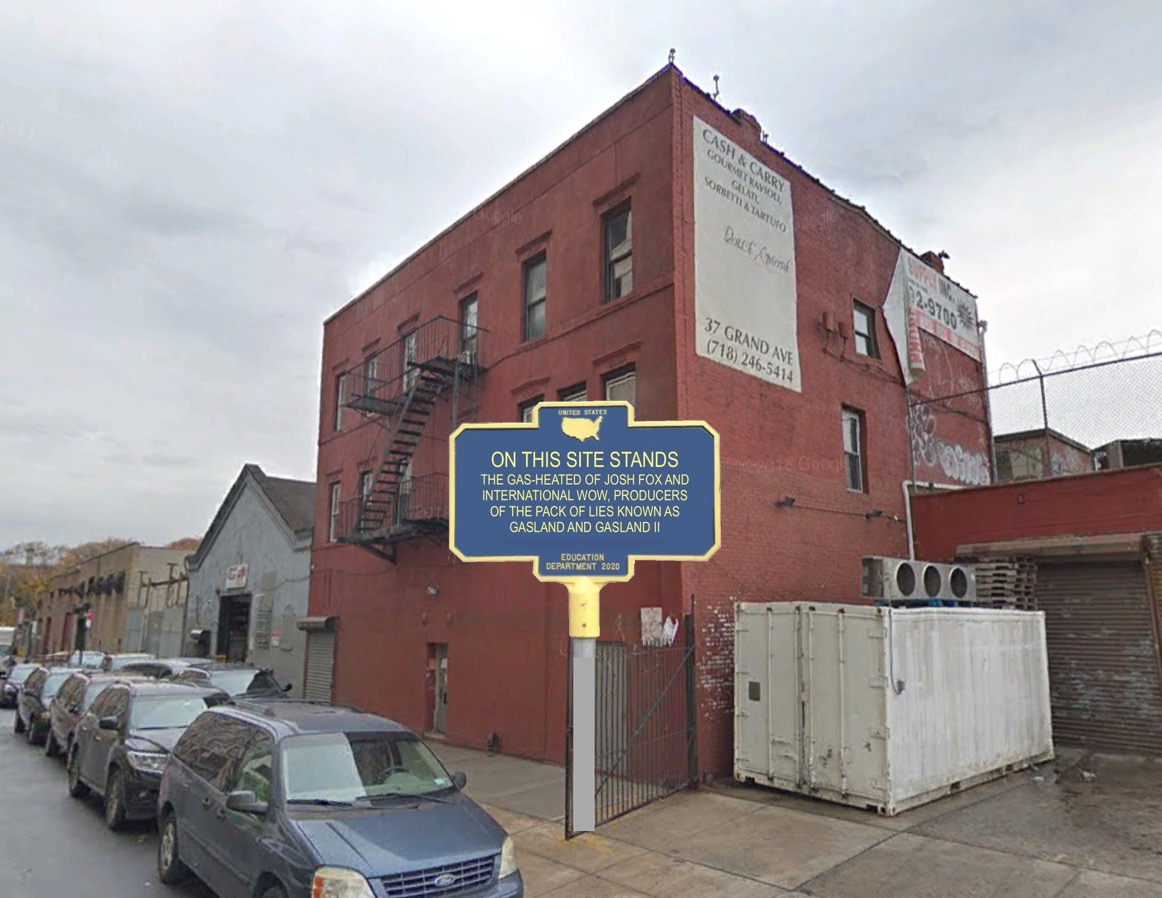 Yes, even Josh Fox, the guy who produced and starred in Gasland putting forth several statements subsequently revealed as outright lies (including his “$100,000 offer” that he claimed to have turned down) operates from gas-heated offices on the third floor of this building. He calls his business “International Wow” and his headquarters the “WowHaus” but he operates as a non-profit named “Sweet Jane Productions” so he can collect grants from the likes of the Park Foundation.

Next, the fractivist trail takes us to the heart of Manhattan, to the NRDC gang headquarters: 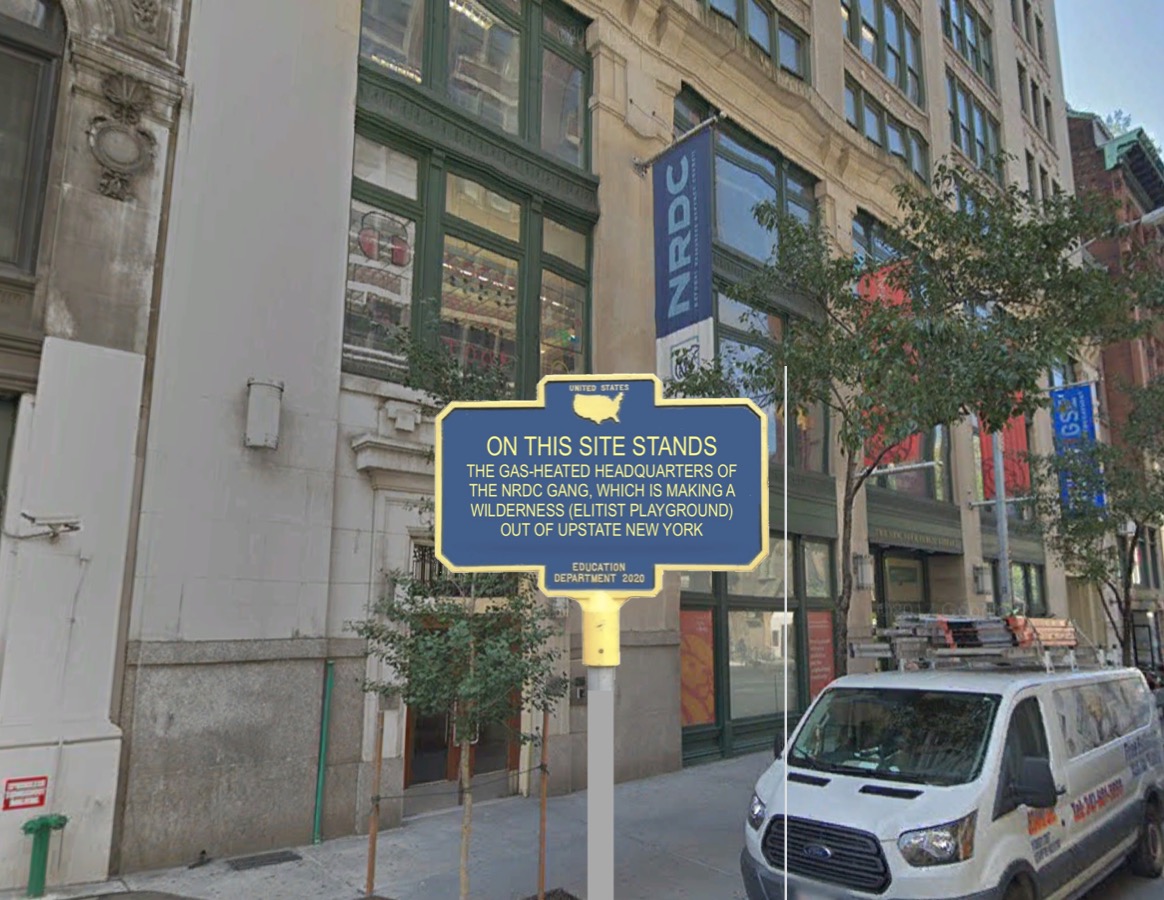 The NRDC, a Rockefeller entity that spawned the Open Space Institute, the Catskill Mountainkeeper and Larry Rockefeller’s preserve for the uber-wealthy in the Catskill’s claims its headquarters its headquarters is heated by 100% renewable energy (including solar and wind) but that’s a lie. They simply purchase credits to do make-believe renewable energy. The reality is that the basement of their building includes five oil and gas boilers that actually heat the place as the NRDC gang opposes not only natural gas development but even the pipelines that deliver the gas that keeps them warm. 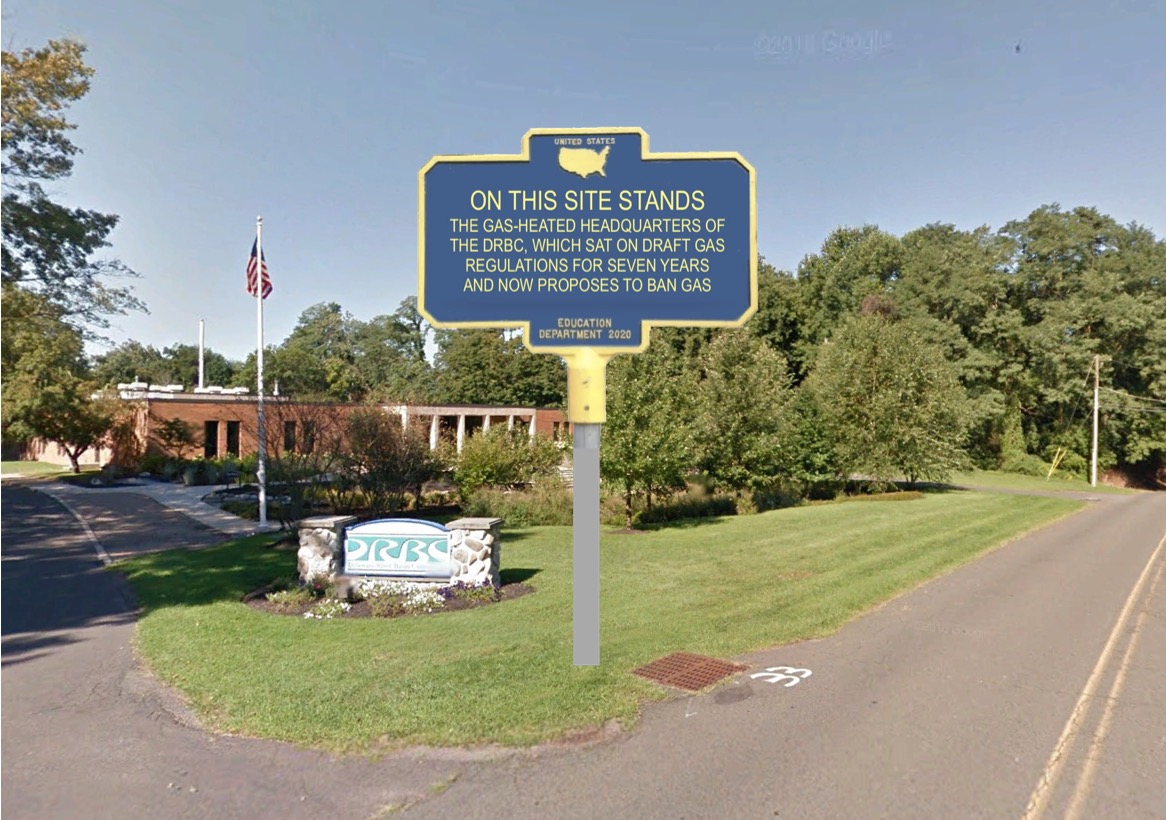 The DRBC has, of course, spent the last seven years sitting on draft gas regulations it refused to pass because that might have offended the Delaware Riverkeeper and friends. Its solution? It secured money from the William Penn Foundation, the Riverkeeper’s funder, to study the matter so as to have a way to avoid making a decision. When challenged it went for a ban. Meanwhile, the agency secured additional funding from another source to upgrade their heating system to more efficiently heat with gas. 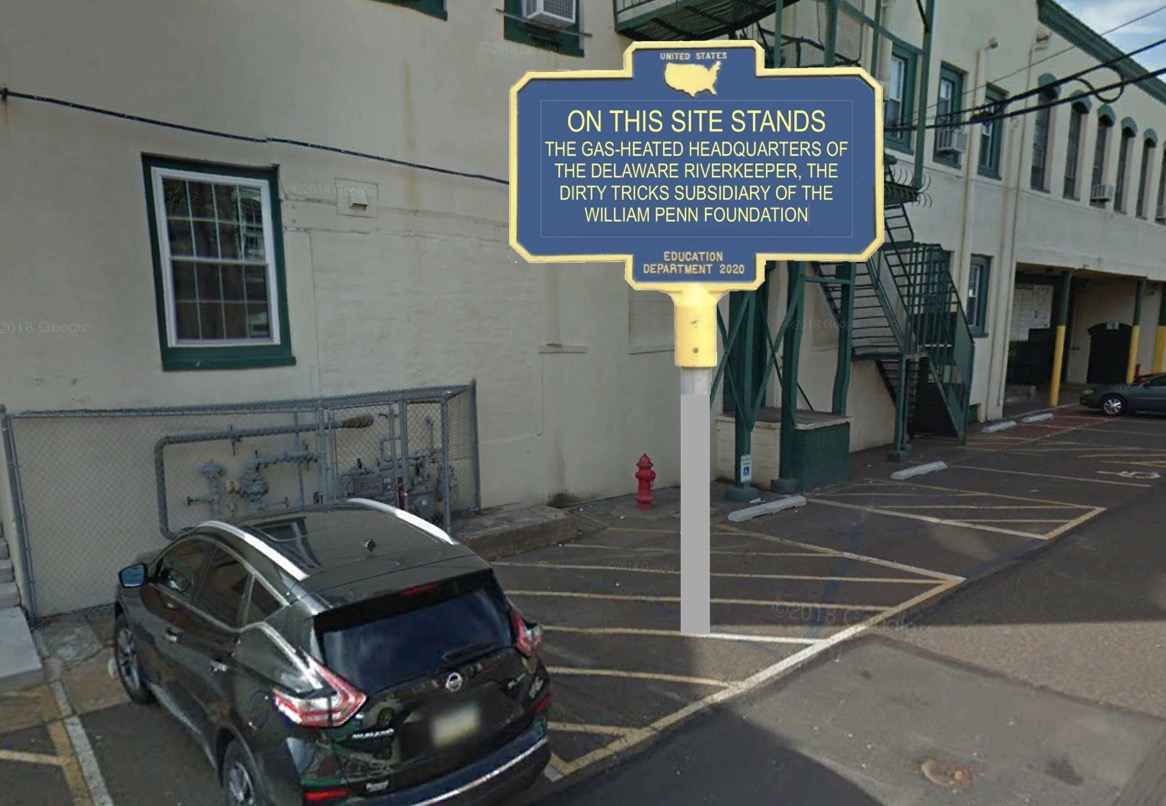 Although one might suppose the Delaware Riiverkeeper a/k/a Povertykeeper is about the Delaware River, this organization actually spends most of its time fighting natural gas development and pipelines in far-flung places outside the Delaware watershed. That is, when it’s not advocating for the personal interests of “The Riverkeeper,” for the gentry class or against development wherever it sees it. It operates from the seventh floor of this building in comfy gas-heat offices.

The Delaware Povertykeeper isn’t the only shill group promoting fractivism for the William Penn Foundation. Further into Pennsylvania, we find the Clean Air Council on the fractivist trail: 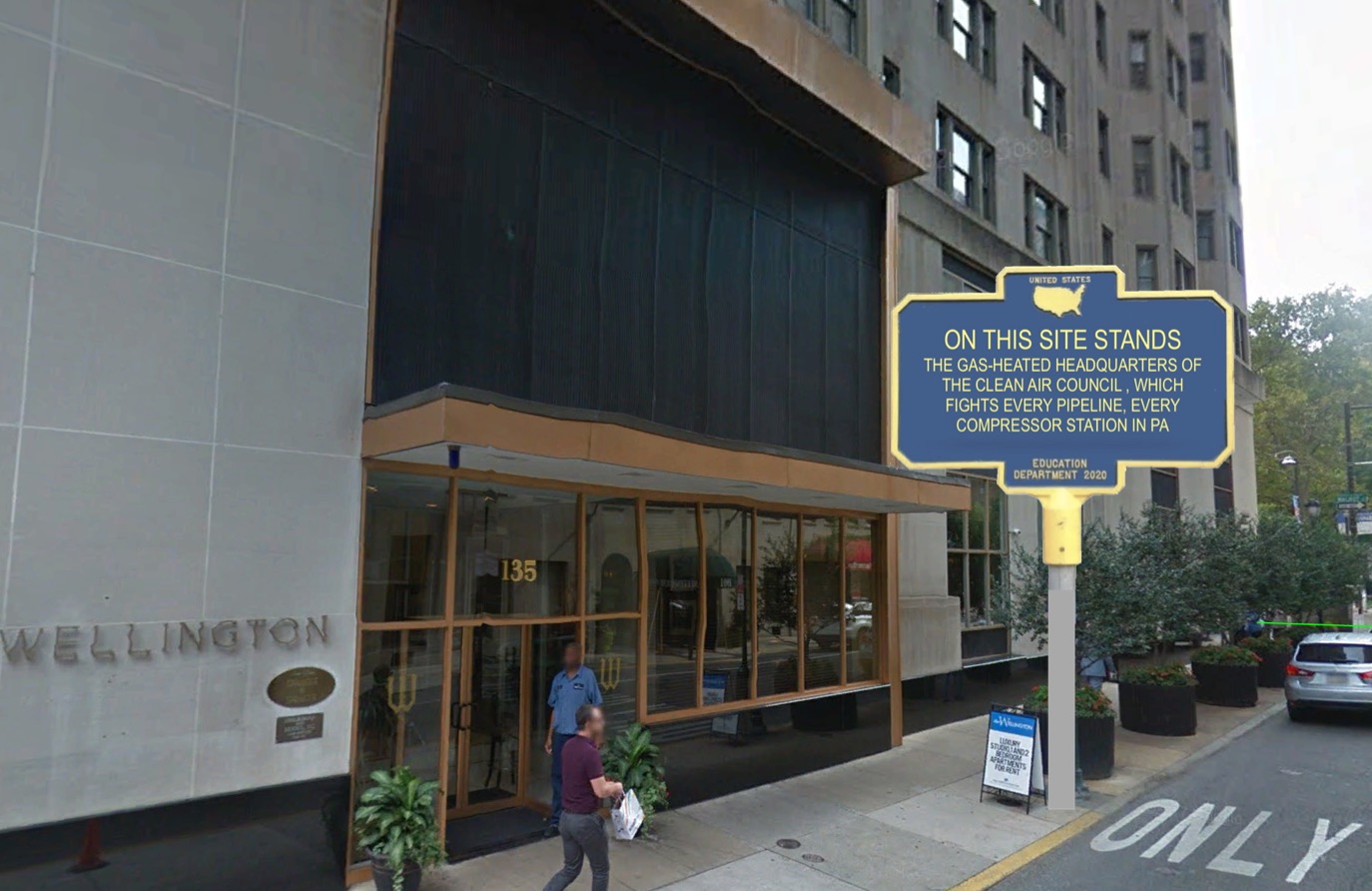 The Clean Air Council is fully focused on preventing natural gas development, but its offices are located in Suite 300 of this building known as the “Wellington,” which overlooks Rittenhouse Square, in the richest, trendiest part of Philadelphia. The advertisements for apartments that rent for up to $4,350 per month typically include pictures of gas ranges.

From here, the fractivist trail heads straight north on the Pennsylvania Turnpike and Route I-81 to Conklin, New York, a Southern Tier town forgotten by Governor Andrew Cuomo, the quintessential corruptocrat who sold it out for the sake of political correctness on fracking: 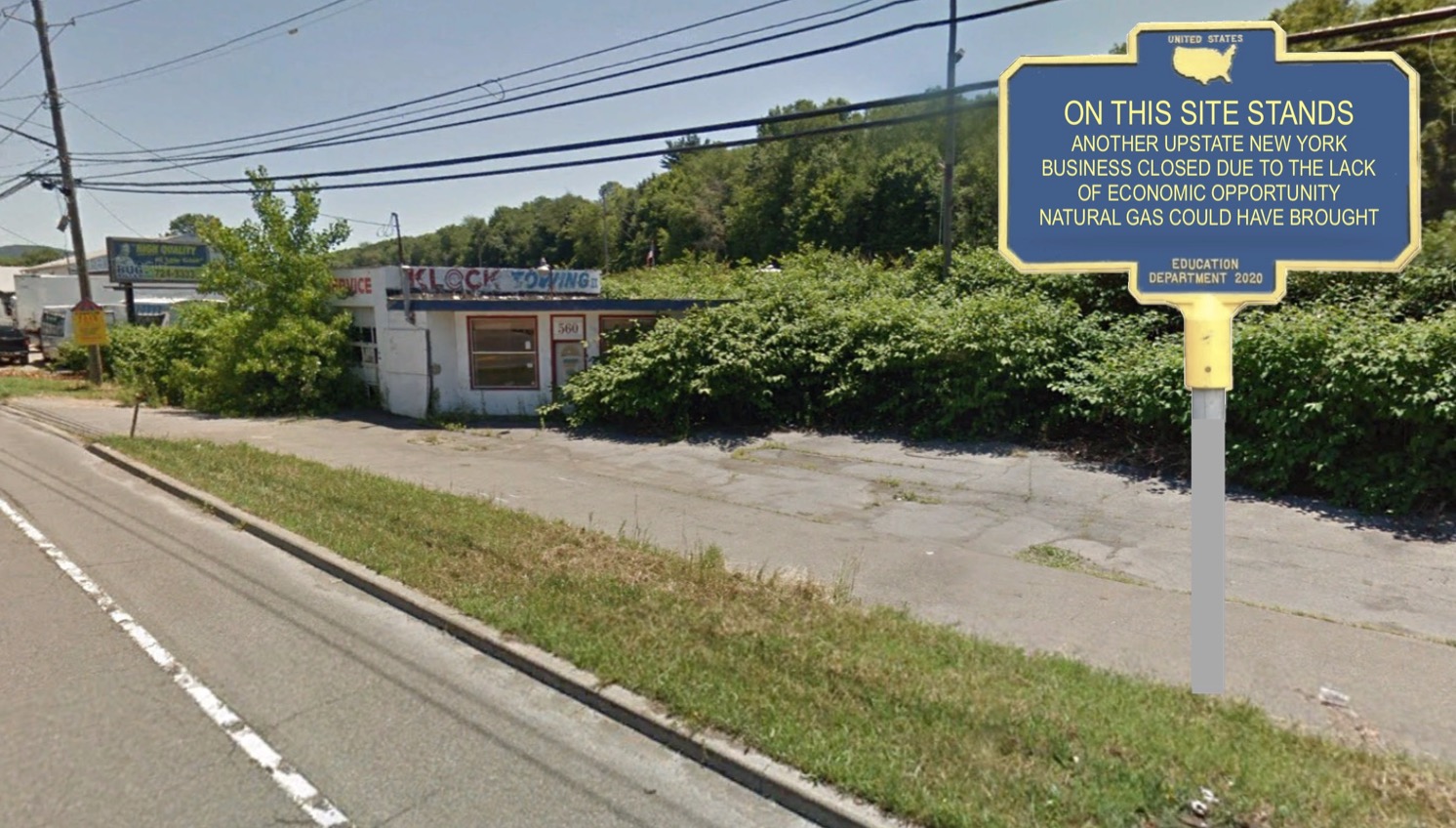 Cuomo and the DRBC, of course, are doing the same thing, by attempting to appease the radical fringe and their gentry class special interest funders, all of who see no hypocrisy in operating from headquarters heated with natural gas they ardently wish to deny others; wealthy “haves” seeking to deny opportunity to the ‘have-nots” for the sake of a cause to which they demonstrate not the slightest personal commitment. They’re beyond being hypocrites; they’re double-standard devotees to a theory Abraham Lincoln described simply as “you work, I’ll eat.” The fractivist trail ends in tears.

One thought on “The Fractivist Trail of Hypocrisy and Double Standards”