The fractivist mindset is a supremely arrogant one that admits no possibility of error, no chance compromise and nothing but pure antipathy toward others.

Yesterday, I ran a post by Jim Willis, from the invaluable Marcellus Drilling News, about a Massachusetts environmental judge’s decision to recommend approval of the Weymouth Compressor Station. The proposed station is an integral part of a pipeline project intended to deliver much need natural gas to New England where it is located. The harsh reaction on Twitter serves to demonstrate the fractivist mindset.

Here was the tweet that served to draw out the arrogance of the fractivist mindset: 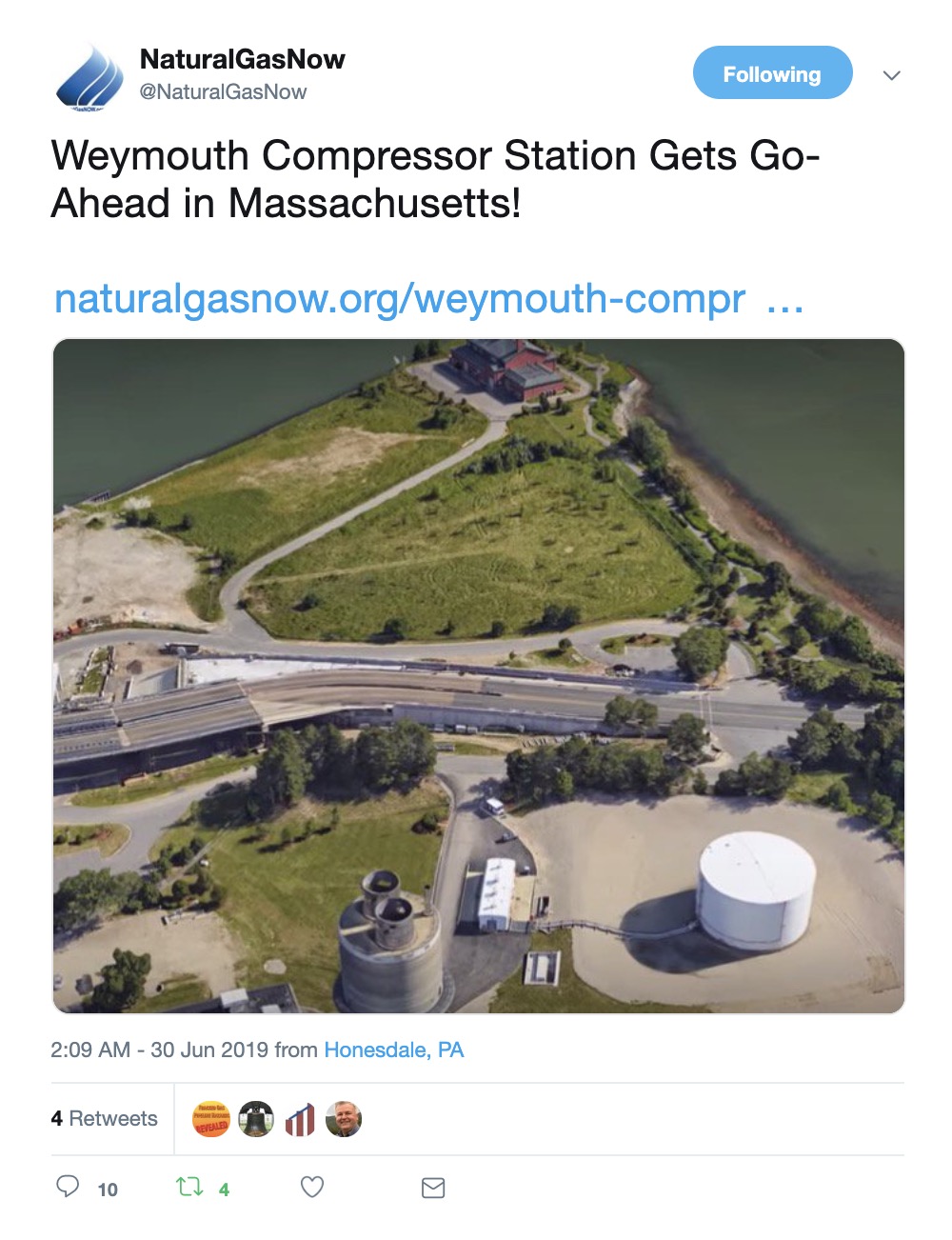 Innocuous enough, wouldn’t you say? I merely pointed the project had gotten a go ahead to the next step toward construction and included a picture of the site, which is already industrial. But, here is some of the hate it produced: 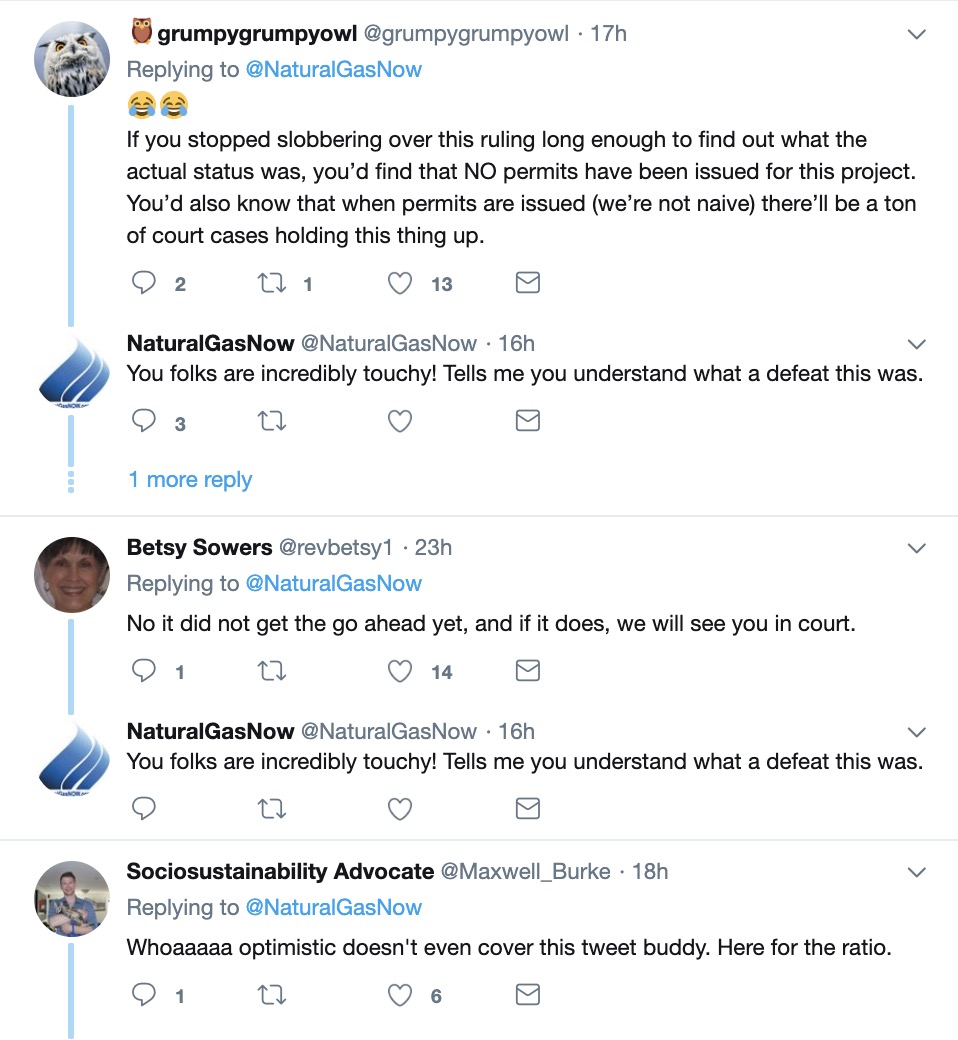 As you’ll note, I responded to the first three Twitter reactions by pointing how touchy the folks up there in Weymouth seemed to be and what this might mean about the true importance of the judge’s decision. This, in fact, what the administrative law judge said (emphasis added):

After reviewing the entire administrative record, I find that the air permit does not violate Massachusetts statutory and regulatory provisions, as alleged by the Petitioners. A preponderance of the evidence demonstrates that the permit sufficiently regulates air contaminants to prevent a condition of air pollution.

First, cumulative impacts from emissions of NO2, SO2, PM10, PM 2.5 and CO will be below the National Ambient Air Quality Standards (“NAAQS”).

Second, maximum modeled impacts from the facility’s emissions of air toxics during steady state operations will be below the Massachusetts Allowable Ambient Limits (“AALs”) and Threshold Effects Exposure Limits (“TELs”). AALs and TELs are screening level guidelines indicating the maximum ambient air concentration of a toxic pollutant that may be contributed by a single source or facility. The AALs and TELs are conservatively set by MassDEP and are intended to overestimate risk. However, the permit conditions for startup and shutdown events is not supported by sufficient credible evidence, and therefore I recommend that the conditions in Table 8D for these events be amended to reduce the “not to exceed” limit for start-ups to 18 minutes and the “not to exceed” limit for shutdown to 17 minutes.

Third, although I do not believe MassDEP correctly conducted an analysis of Best Available Control Technology (“BACT”) as required by 310 CMR 7.02(8)(a)2 and informed by relevant state and federal BACT guidance, a minimal preponderance of the evidence shows that the emissions limits in the air permit represent BACT.

The judge, in other words, said the project opponents didn’t make their case although he did recommend tightening up a condition of approval. A review of some additional Twitter responses suggests why opponents couldn’t do so: 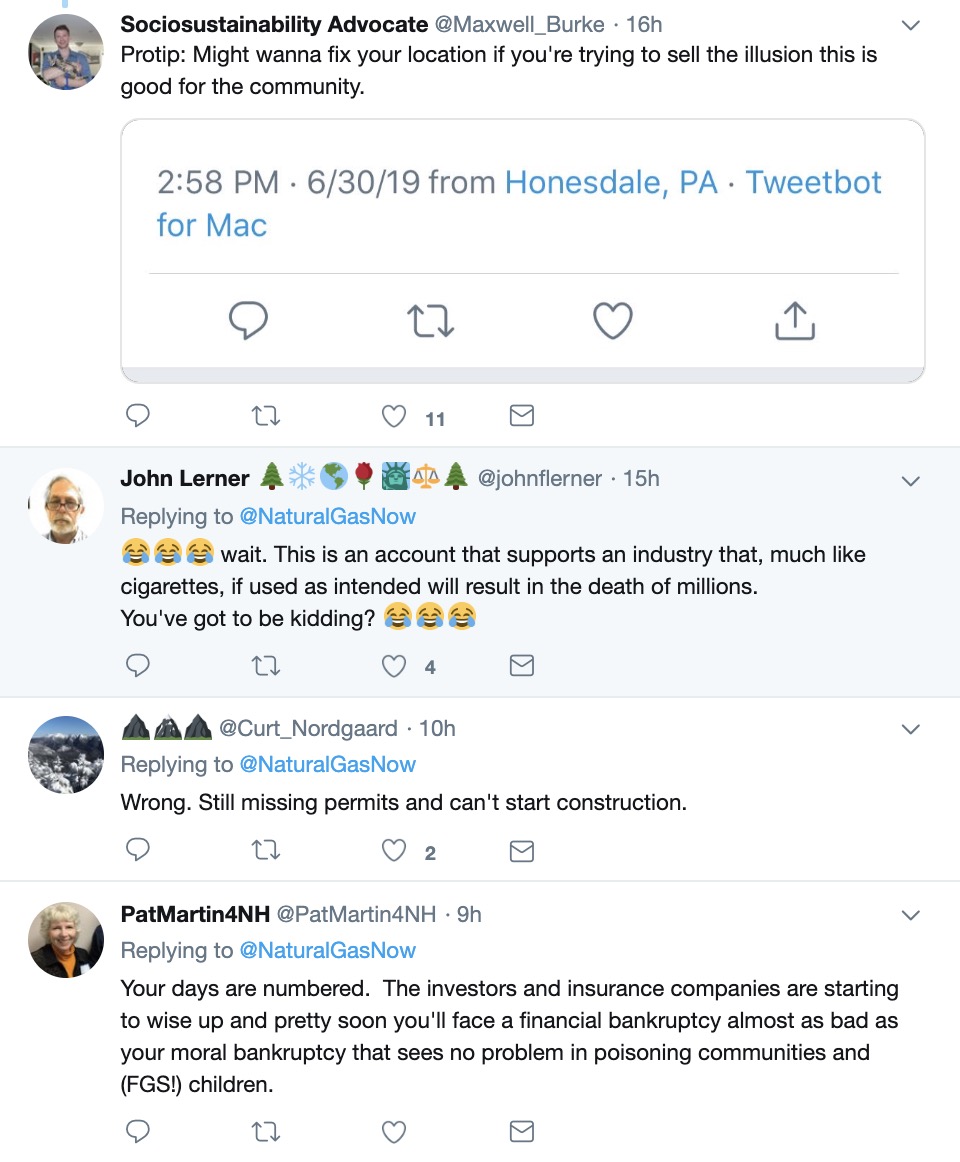 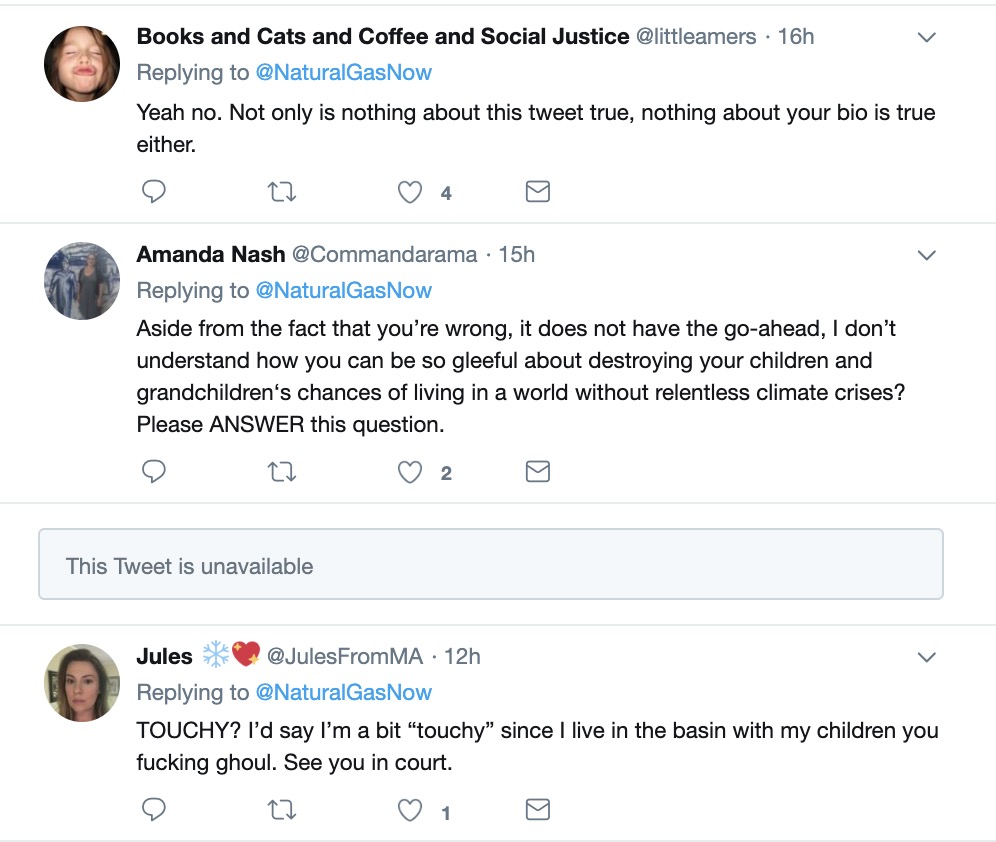 Rather amazing isn’t it?

Baseless assertions, rather than facts. Filthy language, rather than reasoned debate. Accusations rather than argument. Pure arrogance. “I’m right, you’re wrong and I hate you” sums up their position. No wonder they lost.

16 thoughts on “The Fractivist Mindset: “I’m Right, You’re Wrong and I Hate You””