The EPA, which is supposed to protect the environment, accidently releases millions of gallons of toxic waste into Colorado’s Animas River.

We’ve watched, with some interest, the unfolding story that began last week in Colorado when the federal Environmental Protection Agency (EPA) caused an environmental disaster of incalculable proportions. EPA workers were fiddling around with, what, testing?, at the now abandoned Gold King Mine, an old gold mine where millions of gallons of wastewater used during mining was stored.

During their testing (or whatever they were doing) at the site, they accidentally unplugged the wastewater storage pond and millions (originally said to be 1 million, now disclosed as 3 million) gallons of very nasty wastewater with lead, arsenic and other heavy metals flowed into the the Animas River north of Silverton, CO, turning the water “an opaque orange color reminiscent of boxed mac and cheese.” Stick with us – we’re about to make a connection to the Marcellus Shale. 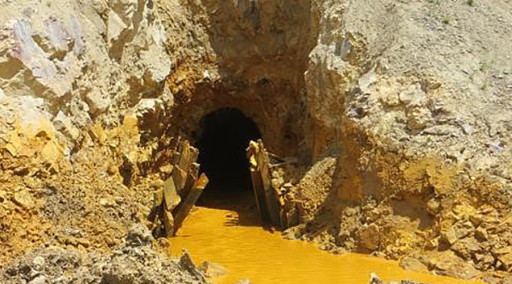 Waste water at the entrance to the Gold King Mine in Colorado. Picture released by the Environmental Protection Agency (EPA)

What did the Obama administration say? This environmental disaster, caused by Obama’s own EPA, is at least as bad if not worse than the BP Gulf oil spill in which Obama fussed and fumed and threatened BP. What has he said this time? Nothing. Zip. Nada.

The political fallout from last week’s toxic spill at Colorado’s Gold King Mine intensified Monday, with critics saying the incident has exposed clear hypocrisy within the Obama administration while threatening the credibility of the Environmental Protection Agency at a crucial moment.

Rather than express outrage as it has done in the wake of previous environmental disasters, the White House would not comment on the spill and instead directed all questions to the embattled EPA.

The agency, meanwhile, remains under intense fire after its contractors accidentally breached a dam at the mine last week and sent toxic sludge flowing into the Animas River. The contaminated water has spread to New Mexico, Arizona and Utah, and EPA officials were forced to concede that more than 3 million gallons were released into the river — a much higher amount than the agency’s initial estimate of 1 million gallons.

The fluid contains lead, arsenic and other heavy metals.

Although not comparable in magnitude, the spill in some ways is reminiscent of BP’s 2010 oil spill in the Gulf of Mexico, which famously led President Obama to say he was looking for someone’s “ass to kick” in response and prompted Ken Salazar, the interior secretary at the time, to vow to keep his “boot on the neck” of BP.

This time, with a federal agency responsible for the spill, the talk hasn’t been so tough.

Critics say the administration is exercising a clear double standard by failing to demand the kind of accountability — including the firings of those responsible — that it has demanded of private companies.

They also say the EPA has seriously damaged its own credibility by failing to reveal the incident until a day later, and by initially downplaying the size of the spill.

“Their response has been terrible. They’ve hedged the truth, if you will, which puts people in jeopardy because it turns out it’s much worse. They’re doing precisely the sorts of things they level charges at other people for doing,” said Dan Kish, senior vice president for policy at the conservative Institute for Energy Research.

“It’s ironic in a lot of ways because, typically, when big, iconic things happen like this, they spend a huge amount of time trying to throw gasoline on the fire,” Mr. Kish said. “They always tell us they’re right, everybody is wrong. In this particular case, they’ve got their hands full.”

The spill has prompted threats of lawsuits from American Indian tribes and others who say the EPA must be held accountable for damage to the environment. Lawmakers on Capitol Hill also want answers from the agency, which has admitted full responsibility for the incident and has begun a mammoth cleanup effort.

“It has been five days since the spill and the EPA has failed to answer important questions, including whether the polluted water poses health risks to humans or animals,” said Rep. Lamar Smith, Texas Republican and chairman of the House Science Committee. “It is concerning that the agency charged with ensuring that the nation’s waters are clean is reportedly responsible for the toxic water spill at Gold King Mine. A spill of this magnitude could be devastating for the families who live nearby and depend on the Animas River in their daily lives.” 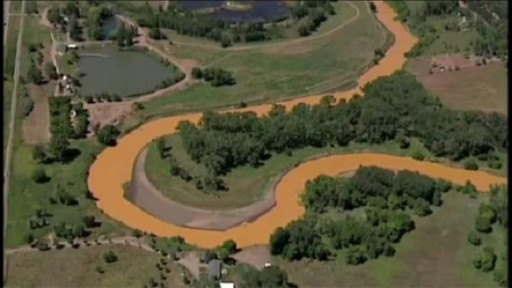 Let us now draw a parallel. In November, 2010, there was an accidental surface spill in Lycoming County, PA of fracking wastewater from XTO Energy, the cause of which was never determined. The spill was estimated to be around 57,000 gallons. Frack wastewater is MUCH less toxic than the 3 million gallons of mine wastewater that the EPA accidentally spilled in Colorado. XTO, to their credit, quickly remediated the spill site, removing 3,000 tons of soil from the area and replanting it. If you visit there today – you wouldn’t know there was ever a spill in the area. The high levels of lead and arsenic will be in the Animas River for years – perhaps decades. Who will want to eat a fish caught in that river? Or go for a swim? Or do anything? Talk about the fish kill to end all fish fills! Is there any aquatic life left in the river? The EPA spill is a true environmental disaster.

Back to Pennsylvania. In 2012 an anti-driller by the name of Kathleen Kane was elected Attorney General. She immediately went after XTO, filing criminal charges over the Lycoming County spill–an accident that happened two years prior to her taking office (see PA AG Abuses Her Authority, Files Criminal Charges Against XTO). Kane has filed a number of criminal charges against drillers and those who sell to them. In October of 2014 Kane filed another lawsuit, this time against EQT, for a leaking wastewater impoundment in Tioga County, PA (see PA Attorney Gen. Kane Abuses Office Again, Arrest Warrant for EQT).

Incidentally, Kane is now under indictment for the crime of perjury and other assorted misdeeds, unrelated to her zealous persecution of the drilling industry (see PA’s Anti-Drilling AG Kathleen Kane Arrested, Fingerprinted).