Childhood cancer is an awful thing but even worse are the con artists who attempt to exploit for anti-gas ideological purposes. Nothing is more despicable.

A group of enviro-Nazis has sunk to a new low in their holy mission to block Marcellus Shale drilling. A group of colluding Big Green groups along with sympathetic (and sycophantic) “reporters” (i.e propagandists) from the Pittsburgh Post-Gazette are exploiting the pain and suffering of southwestern PA families of children who have cancer in their attempt to stop shale drilling. It’s disgusting and sick.


Radicalized fossil fuel haters are demanding Gov. Wolf stop all shale drilling in the state until “studies” can be done that they hope will link childhood cancer to fracking activity. Such studies have already been done–and found no links between cancer, childhood or otherwise, and shale drilling (see the Post-Gazette from April: No Ewing sarcoma cluster in the Canon-McMillan School District, state says; and see this MDN article from 2013: New Study: No Increase in Childhood Cancer Rates Near PA Fracking).

Actual, real science doesn’t stop an irresponsible publication like the Post-Gazette from using the tragedy of cancer in order to sell more newspapers–or further a radical political agenda. 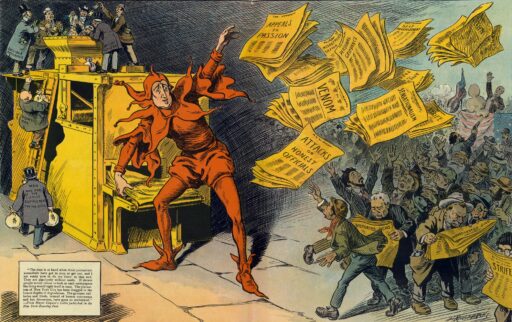 The following is yellow journalism at its worst from the Pittsburgh Post-Gazette (emphasis added):

More than 100 organizations and 800 individuals have signed a public letter to Gov. Tom Wolf calling on him to direct the state Department of Health to investigate potential links between shale gas development and a proliferation of childhood cancers.

The letter, which environmental groups plan to deliver to the governor and state Health Department Secretary Dr. Rachel Levine via email Monday, and hand deliver during a demonstration in Harrisburg Wednesday, also requests that all new shale gas permitting be suspended until the health investigation can demonstrate the cancers are not linked to shale gas drilling and fracking operations.

“This is a public health crisis that requires immediate and significant action,” according to the text of the four-page letter.

Emily Wurth helped lead the letter-writing effort and said the broad-based support for examination of health impacts of shale gas development was prompted by the ongoing Pittsburgh Post-Gazette series “Human toll: Risk and exposure in the gas lands.”

Stories in the Post-Gazette series document up to 67 cases of childhood and young adult cancers in Washington, Greene, Fayette and Westmoreland counties where shale gas operations are active. The total includes 27 cases of Ewing sarcoma, a rare bone cancer.

“The letter references the investigative reporting and scientific evidence that strongly suggests a link between childhood cancers and shale gas operations,” said Ms. Wurth, who is organizing co-director of Food & Water Watch and Food & Water Action. “We organized this strong response in just a couple of weeks from the about 125 organizations and even more individuals who are concerned about what they’ve read.”

A state health department review of 12 Ewing sarcoma cases in Westmoreland County and six in Canon-McMillan School District in Washington County failed to conclude that either met the criteria for designation as a “cancer cluster.” The study only included three of the six Canon-McMillan area cases in the cluster assessment.

The shale gas industry has vigorously denied there is any link between human health impacts and the air and water pollutants emitted by its widespread and expanding drilling, fracking, processing and transport operations.

Marcellus Shale Coalition President David Spigelmyer said in written responses to questions: “We are disappointed that some activists choose to sensationalize tragedy, make inflammatory suggestions that run counter to the views of respected medical experts, top environmental and health regulators and decades of scientific data and research.”

“This is a moment in time to raise these concerns about our children’s health and the cancer rate, and we feel the governor would be remiss in not addressing these concerns,” Ms. Rippel said.

She said there are still significant questions about what is spiking the cancer rates and noted multiple factors may be contributing to that problem, including genetics, legacy pollution and radiation sites, lifestyle factors and environmental exposures.

“But what is new in the last five or 10 years that could have triggered this?” Ms. Rippel said. “Many in the community are quick to seize on legacy causes like radioactive waste but something has changed. The indices of childhood cancer are out of whack. And what’s changed, what’s new, is the shale gas industry.”

…Scientific associations don’t prove that those health impacts are linked to shale gas development activities, but they could be, and should be the subject of more scientific study, said Sandra Steingraber, a biologist at Ithaca College and founder of Concerned Health Professionals of NY.

“We may be on the leading edge of what could be a real cancer crisis in the shale gas drilling and fracking industry,” said Ms. Steingraber, noting studies showing high levels of benzene, a known carcinogen, in the urine of gas well workers, and another that found children living within 500 feet of gas wells in Colorado have higher rates of leukemia.

The letter to the governor notes a Yale study that identified at least 55 fracking chemicals as known or possible carcinogens and recommends further research into the relationship between shale gas development and the “risk of cancer in general and childhood leukemia in particular.”

“As a biologist, what I see so far is little arrows pointing in a direction, arrows that say, ‘Dig here,’” Ms. Steingraber said.

“Based on its air and water emissions, we should look at the role of the drilling and fracking industry,” she said. “Those are reasonable questions to ask.”

We feel dirty just bringing you the above horse manure.

Here’s a copy of the letter that was organized, written and sent by colluding Big Green groups, sprinkled with names of PA dupes who believe Big Green lies.

In case you didn’t read through the whole list of signatories (who can blame you?), actors Mark Ruffalo and Shailene Woodley signed, along with “Gasland” fake documentary filmmaker Josh Fox, and Bill McKibben, founder of the ultra-radical 350.org. The involvement of these “big names” is a tip-off this was a Big Green-organized effort from the beginning, an effort organized from outside PA. National leftists looked for an issue they could exploit to try and stop drilling in PA–and found little kids with cancer. It’s SICK.

Did you read the beginning the “letter”? The people sending the letter hold an upside down, fascist worldview. They say all drilling must stop until the industry can prove it’s not causing cancer. In other words, the industry is guilty until it can prove a negative–that it’s not guilty. What kind of whackadoodle thinking is that?! It’s certainly not in the tradition of the American ethos.

The Marcellus Shale Coalition responded to this anti-gas whackadoodle letter to Wolf with a letter of their own and it’s well worth reading.

Editor’s Note: I’ve seen childhood cancer up close and, therefore, take special umbrage at the con artists and fractivist shills who stoop so low as to try to manipulate public opinion using it as a prop for their junk science and ideological wars. There’s a special place in Hell for those funding this despicable trash and for newspapers who give credence to these ginned up pseudo events funded by the likes of the Heinz Endowments.