Two stories, one from New Jersey and one from North Dakota, tell us the fractivist motto and DAPL protest playbook; truth doesn’t matter in the least.

A reader shared two stories with me this week. One was an article on NJ.com about a woman from Lambertville, New Jersey who thinks the Dakota Access Pipeline (DAPL) is an exercise in “environmental racism.” The other was a piece in the Minneapolis StarTribune by North Dakota Governor Jack Dalrymple laying out the truth. They offer a stunning contrast in visions. One is based on emotion, resentment, irrational thought and an utterly shallow urban perspective on energy. The other is the voice of reason, civility, facts and common sense. Guess who’s winning in the press? 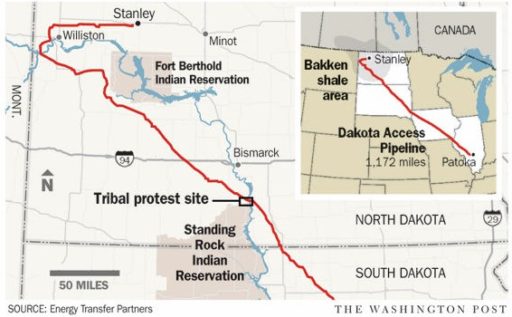 “When I saw that my heart just went out to them,” Lockard said. “As I watched what was going on… it seemed to be the intersection of all the things I care about — police brutality, climate change denial, profits over people, militarized police, environmental racism.”
It’s environmental racism, she says, because the predominantly white city of Bismarck, North Dakota had the Dakota Access Pipeline rerouted around the city due to of concerns of water contamination — that’s the same thing the native americans are trying to do, she says.
“This is everything I care about,” she said.

Really? What about the truth? Does that matter to Judith? 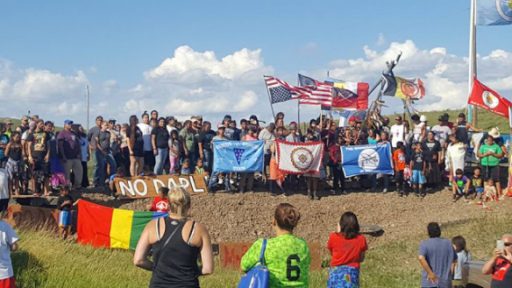 No, when you’ve attended the Dalton School, an Upper East Side member of the Ivy Preparatory School League (annual tuition today of $44,460), you apparently come out trained not in facts but, rather, virtue signaling. She may well be a beautiful person who means what she says, but the facts in which she apparently has little interest are laid out by the Governor:

A 13-month review process included public-input meetings held across the state. As a result of these meetings, the route was modified 140 times to ensure environmental safety, including a shift to follow an existing gas pipeline corridor so as not to create an entirely new pathway. The final route was legally approved and permitted by the state, the location for the crossing of the Missouri River was approved by the U.S. Army Corps of Engineers, and the easement was forwarded to the corps’ assistant secretary for signature.

There are some essential facts in this unfolding situation:

First and foremost, not one person from the Standing Rock Sioux tribe attended any of the meetings and hearings publicly noticed by state regulators over the course of two years.

Second, the pipeline’s permitted route never crosses tribal land. Those opponents who cite the 1851 Treaty of Ft. Laramie to dispute who owns the lands conveniently ignore the later treaty of 1868.

Finally, with respect to the pipeline’s proximity to the Standing Rock Reservation’s water supply, its existing intake was already scheduled to be shut down by the end of 2016 and replaced by an intake in South Dakota, some 70 miles away.

All of these facts were validated by a U.S. district court judge in Washington, D.C., who ruled against a request for an injunction.

While the right to disagree with projects such as the DAPL absolutely exists, and those who disagree are welcome to exercise their right to free speech, it should never be acceptable to ignore facts and trample on a legal process that was followed carefully. It is unacceptable that the facts of the permitting process were not only omitted in much of the discussion among those who disagreed with the pipeline, but were twisted in order to paint North Dakota and the federal government as reckless and racist. Nothing could be further from the truth.

Yet, when news spread that the pipeline project was legally moving forward, various environmental groups began contacting Tribal Chairman Dave Archambault to express their desire to come to Cannonball, N.D., and begin a “Stop the Pipeline” movement. Apparently the chairman saw no reason to discourage their plans.

This movement to protest the pipeline eventually grew into a collection of more than 5,000 people illegally camping on federal land. The Corps of Engineers then decided to allow this unpermitted presence, a decision they would later regret.

From there, what began as a peaceful protest turned into almost daily harassment of pipeline workers and area residents. Roads were blocked, land leased for ranching was trespassed on, property was damaged, including several head of cattle and horses slaughtered in the field, and privately-owned construction equipment was vandalized. These acts were lawless and anything but peaceful…

Who are these people who have come from all over the country to Cannonball? Hundreds are peaceful protesters, drawn to the general cause of environmental protection by a flood of social media calling for their “help.” But many are actually professional agitators recruited by large environmental activist organizations to intimidate people to drop their support for the project. This subgroup has hurled rocks and debris at law enforcement officials and harassed their families. What started out as a tribe’s objections to a pipeline siting grew into something far different.

The Washington Post published an excellent editorial pointing out that the protests became misdirected as they lost contact with the realities of an individual pipeline crossing. This particular pipe is state-of-the-art when it comes to safety. It will be buried 92 feet below the bottom of the Missouri River, it will be double the strength of pipe buried on land, and it will have sophisticated flow monitoring devices on both sides of the river with automatic shut-off valves. To date, the 1,172-mile pipeline is virtually complete from North Dakota to Illinois, with the exception of this river crossing. When complete, it will deliver one-half of the petroleum production from the Bakken region to markets throughout the U.S. And it will be much, much safer than the alternative modes of truck or rail transportation. And, again, it does not cross reservation land.

Nevertheless, the Corps of Engineers announced on Dec. 5 that, despite its own conclusions that this route achieves the least environmental impact, it will further delay the process by requiring additional study. This truly tramples on a legal and orderly process in favor of mob rule. If we allow these tactics to succeed, we will only encourage those who have chosen illegal means over the rule of law to achieve their goals.

What has ultimately happened here in our state is that the Standing Rock Sioux Tribe’s voice has now become largely overshadowed. Environmental activist organizations that have never before shown much interest in our state used a massive social-media machine to drive misinformation about the pipeline and the protests, and are accusing law enforcement and the National Guard of criminal mistreatment of protesters. Again, nothing could be further from the truth.

I can’t add much to what the Governor says. I can endorse it, though. I can also beg others not to be lured into the trap of expressing sympathy for what is a ginned up protest movement. It relies upon New Jersey residents from places such as Lambertville (pictured below as one drives across the bridge from New Hope, Pennsylvania) who are intent on showing others how much they care. 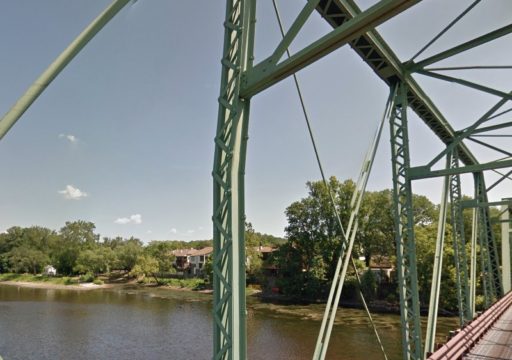 I suggest these contrasting visions illustrate much of the problem with our country now; a battle between coastal elites wedded to political correctness and those who actually have to deliver things such as energy to those people.