The fog is clearing and the Cuomo pipeline blockade is fast becoming irrelevant. Indeed, the blockade is collapsing before our very eyes and justly so.

As I explained here last week, the DC Circuit of Appeals, in a decision regarding FERC water quality certification in a hydroelectric case, may have opened things up for the Constitution Pipeline. The case, Hoopa Valley Tribe v. FERC, decided on January 25th involved a state that effectively forced an applicant for water quality certification to withdraw and resubmit applications as a delaying tactic, which is exactly what happened as New York State DEC, under Andrew Cuomo’s political direction, played with Williams like a cat with a mouse. I suggested this changed everything, but now it’s happened again with another pipeline. The Cuomo pipeline blockade has been breached.

This time it’s the Northern Access Pipeline and the Second Circuit Court of Appeals. This decision (highlighted copy here), is a summary order, which means it cannot be cited as a legal precedent. It’s also a remand to the New York State DEC, thus giving the agency the opportunity to explain itself or, perrhaps, find another way to say the same thing; that is to say, justify its denial. But, this decision has to be read in the context of the Hoopa decision. 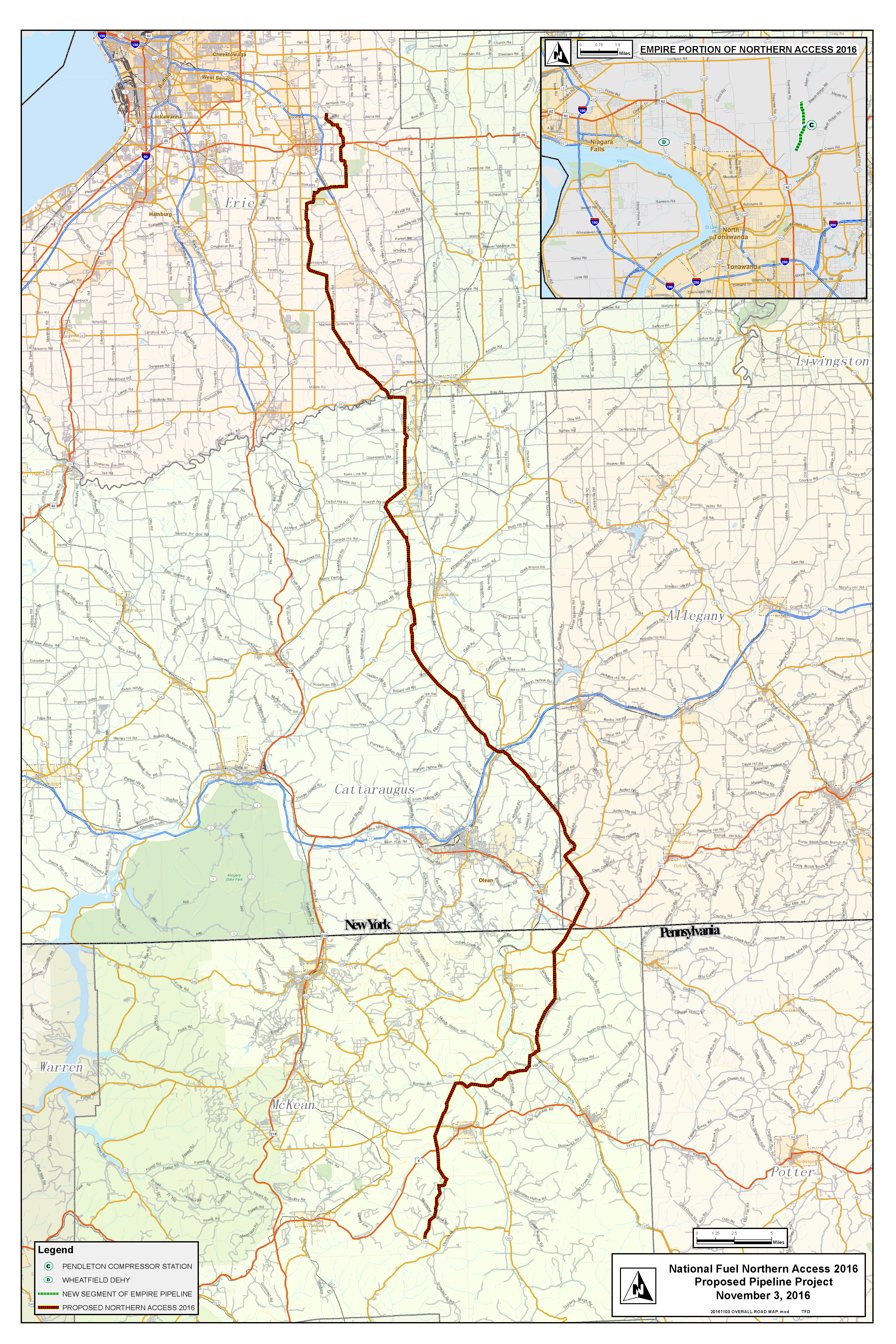 The reasons for the Second Circuit overruling DEC are, in a sense, technical. Here are the key excerpts (emphasis added):

The Department was required to “examine the relevant data and articulate a satisfactory explanation for its action including a rational connection between the facts found and the choice made.” To determine whether the Department’s action was arbitrary and capricious, we consider whether it: “relied on factors which Congress has not intended it to consider”; “entirely failed to consider” any important aspect of the problem before it; or “offered an explanation for its decision that runs counter to the evidence before the agency, or is so implausible that it could not be ascribed to a difference in view or the product of agency expertise.”

Although this is a close case, the Denial Letter here insufficiently explains any rational connection between facts found and choices made…

Specifically, there are no record citations in the Denial Letter and there are no citations to specific projects or studies the Department may have considered. Moreover, the Denial Letter further reflects that, as a basis for its denial, the Department relied on considerations outside of Petitioners’ proposal. These considerations include the Department’s discussion of permanent culverts, wet crossings, and intake pits, id., which shows either a misunderstanding of the record or possibly that when it was considering the Pipeline the Department relied on determinations made with respect to other pipeline projects. It is clear, moreover, that the Denial Letter mistakenly referenced Petitioners’ proposed use of permanent culverts and wet-crossings…

While the Denial Letter does address Pipeline features proposed by Petitioners in the same sentence, i.e., that the Pipeline will cross 35 streams using temporary bridges that the Department concluded will have a negative effect on water quality, or that “construction in dewatered conditions will . . . cause significant damage or destruction to both riparian and in-stream habitat, in turn causing violations of State water quality standards,” from the face of the Denial Letter, we must conclude the Department relied in part on mistakenly identified project features to reach its final determination.

The Department should have addressed such evidence in the record in the Denial Letter.

Because the Department did not sufficiently articulate the basis for its conclusions, on appeal we cannot evaluate the Department’s conclusions and decide whether they are arbitrary and capricious. We are not permitted to provide “a reasoned basis for the agency’s action that the agency itself has not given.” We express no opinion as to whether there is substantial evidence in the record to support the Department’s denial. Accordingly, we do not remand for the record to be supplemented, but instead for the limited purpose of giving the Department an opportunity to explain more clearly —should it choose to do so—the basis for its decision.

Accordingly, we VACATE the decision of the Department and REMAND this case with instructions for the Department to more clearly articulate its basis for the denial and how that basis is connected to information in the existing administrative record.

What can seen here is that DEC clearly got a last-minute directive from Cuomo’s political hacks, perhaps from DEC Commissioner Seggos himself, to find a reason to deny the Northern Access water quality certification. Working under the gun, they sloppily used language borrowed from some other project, threw it all against the wall and said “no” to appease the NRDC gang. They are now caught with their pants down.

The Second Circuit has offered them an opportunity to spin their denial justification but just happens to mention they might not want to do so either. The Second Circuit knows exactly what’s going on here with the Cuomo pipeline blockade, in other words. And, more importantly, notice they tell the Northern Access folks they are free to present any evidence of DEC waiver of its rights to deny the certification based on the fact they took more than than a year top properly issue one. They also point that appeal is properly made to the D.C., Circuit Court o9f Appeals that just decided the Hoopa case.

See how it all fits together? The Cuomo pipeline blockade is collapsing, probably just as the governor secretly hoped so he could tout his green street cred while getting the gas besides.