Will the natural gas required to address New York gas shortages and prevent more gas connection moratoriums be allowed to reach the state or not?

Williams is in the fight of its life to get New York State to approve its Northeast Supply Enhancement (NESE) project. There are a number of components to the project, but the key component, the heart of the project, is a new 23-mile pipeline from the shore of New Jersey into (on the bottom of) the Raritan Bay in NY territorial waters–running parallel to the existing Transco pipeline, before connecting to the Transco offshore.


The project is meant to increase pipeline capacity and natural gas flows by another 400 million cubic feet per day (MMcf/d) heading into northeastern markets. Transco wants to provide more Marcellus natural gas to utility giant National Grid beginning with the 2019-2020 heating season, which says there’ll be a moratorium on new natgas customers. 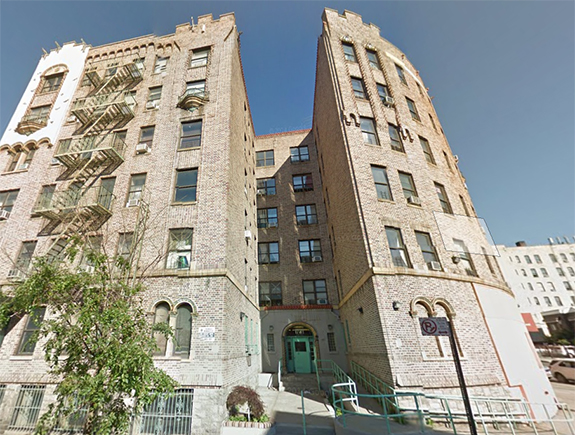 National Grid operates in New York City, Long Island, Rhode Island and Massachusetts. It has warned New York that unless they get gas from NESE, they will slap a moratorium on new natgas customers the same way Consolidated Edison is now doing in Westchester County. National Grid said without NESE, new customers specifically in Queens and Brooklyn will be rejected, including the $1 billion complex in Queens that’s supposed to be the new home of the New York Islanders NHL hockey team.

And yet know-nothings from so-called environmental groups claim that this one extra pipeline, in addition to many others already lying on the bottom of the Raritan Bay, will be the one to cause an environmental holocaust along the shoreline of Long Island. What utter garbage. Intellectually bankrupt.

The following (emphasis added) appeared in Crain’s New York Business. It begins with the story of a cute surfer chick who’s valiantly fighting against this evil fossil fuel project–to keep the beaches pure and clean. Hey surfer chick–will you voluntarily unhook your apartment/house from natural gas if the project gets canceled? No, we didn’t think so. Hypocrite.

New York is a city of canyons. But for Ashley Fallon, a child of Breezy Point who now lives in Rockaway Beach, her portion of Queens can seem closer to California than Manhattan.

The view from her surfboard might include any of three species of whales, two kinds of dolphins and baby seals. Walking on the beach, she sometimes spots the rare snowy owl.

Fallon knows the beach was not always this clean or the water this full of life. That is one reason she has joined a coalition of local civic and environmental groups fighting the proposed Williams Transco natural gas pipeline. The groups, including Surfriders Foundation, 350.org and the Rockaway Beach Civic Association, insist the pipeline could inflict lasting environmental damage on the area.

The 24-mile expansion of existing pipeline infrastructure would run 17 miles underwater, from New Jersey’s Raritan Bay across lower New York Bay to a Transco pipeline already in place three miles offshore from the Rockaway Peninsula. The projects supporters are no less passionate than Fallon. They say the Northeast Supply Enhancement Project, or NESE, will address a looming natural gas shortage in Brooklyn and Queens and on Long Island that could inflict lasting damage on the region’s economy.

The battle is playing out amid another gas shortage that has raised alarms across the region’s business community: Con Edison has declared a moratorium on natural-gas hookups in southern Westchester. As of March 15, the utility said, it will not be able to guarantee service for new projects, effectively stifling developments.

National Grid, Williams’ partner in the NESE project, is warning of a similar moratorium in Brooklyn and Queens and on Long Island should New York not approve the billion-dollar pipeline by May 15. The state’s Department of Environmental Conservation, which is weighing public comments, could block the pipeline if it found the project does not comply with the state’s water quality standards.

Both the utility and the pipeline developer say the project poses minimal environmental risks and will reduce carbon emissions by allowing customers to stop using oil. They have the staunch backing of labor and business groups; both view the pipeline as critical to growth, not to mention a source of construction jobs.

But environmental advocates aren’t their only adversary: Gov. Andrew Cuomo has long been cool to fossil-fuel projects.

“We are fully committed to meeting this administration’s nation-leading renewable energy goals while at the same time pushing utility companies to use existing infrastructure more efficiently,” said a spokesman for the state’s Public Service Commission, which helps set energy policy. “Major commercial projects can move forward without new infrastructure development.”

…Opponents of the Williams project say that fuel shortages can be addressed through greater energy efficiency, and that the growing availability and dropping prices for renewables will soon make the project a white elephant. They maintain that the federal agency overseeing its development has not considered all alternatives, as is required under the National Environmental Policy Act, a failure that could expose the project to lawsuits.

National Grid, which supplies natural gas to 1.8 million customers in Brooklyn and Queens, on Staten Island and Long Island, says the need for the pipeline is unquestionable. It would increase capacity by 14%, delivering 400 million cubic feet of natural gas per day, and curtail the price spikes during cold snaps that push some large customers to switch temporarily to oil.

The utility, which hopes to have the pipeline in operation by the winter of 2020, says the region will suffer without it. It has begun informing developers of major new projects that it cannot guarantee uninterrupted gas service unless the NESE project goes through.

“We have told about two dozen of our largest customers we cannot commit to that supply,” said John Bruckner, National Grid’s New York president, pointing out that those service guarantees need to be locked in for several decades.

Alerted customers include the state’s $1 billion redevelopment project at Belmont Park. Citing confidentiality, Bruckner declined to name any others, but he said they were spread around Brooklyn, Queens and Long Island.

And without the pipeline, large projects may be only the beginning.

“We’ll have to go further into the market,” Bruckner said of the potential moratorium to “midsize commercial projects and small businesses and eventually residential and oil-to-gas conversions.”

Bruckner says that the NESE project aligns with the state’s clean-energy goal to reduce greenhouse gas emissions by 80% from their 1990 levels by 2050. The pipeline, he says, will allow the company to continue converting 8,000 residential and commercial customers per year to gas from oil, displacing 900,000 barrels of heating oil each year and cutting carbon-dioxide emissions by 200,000 tons.

…Some foes see the project as not just unnecessary but dangerous.

“New York City spent billions of dollars to clean up this harbor,” said Kimberly Ong, senior attorney for the Natural Resources Defense Council. “It’s the cleanest it’s been in more than 100 years. This pipeline has the danger of taking us back in time.”

Ong says the trenching for the pipeline will kick up more than 1 million cubic yards of sediment containing toxic heavy metals and PCBs. That could impede aquatic migration, clog fish gills, interfere with breeding and contribute to harmful algae blooms.

Williams, a Tulsa, Okla.–based pipeline giant that operates the Transcontinental Gas Pipe Line Co. known as Transco, notes that it has been making deliveries to New York City without incident since 1951. Modern construction methods, including use of a “jet trencher,” would limit the churning up of sediment and have already been used for a recent 3-mile extension in the Rockaways without incident, the company said.

“The final environmental impact statement included a very robust analysis, with a lot of sediment computer modeling,” said a Williams spokesman. “The results were that the plume [of sediment] would stay close to the ground and would not ultimately create an environmental hazard.”

Indeed, the impact statement, released in January, found that the effect of contaminants on aquatic life would be “temporary and minor.”

…The answer rests with the state’s Department of Environmental Conservation, which must decide whether to issue the water quality certificate that will let the project proceed. The DEC, still collecting comments, set a public hearing for March 6 in Rockaway Park.

The Cuomo-appointed agency already has raised one key difference with the federal commission. In a letter to FERC in May in response to its draft impact statement, the department zeroed in on the study’s failure to consider alternatives to the NESE project, specifically, using renewable energy and reducing overall demand.

FERC had dismissed those alternatives on what the state agency claimed were the “narrow” grounds that the project was designed to bring “incremental gas capacity” to National Grid. The DEC insisted that all the alternatives be considered in the final environmental statement.

But FERC maintained that “the purpose of the project is to transport natural gas.” Renewables and reductions in demand “are not transportation alternatives,” and, therefore, were not considered.

The reality is, without NESE, New York City is so screwed. In a way we wouldn’t mind seeing it–but that’s not fair. This project needs to happen.

There’s still a few days left to sign a petition that will be delivered to the NY DEC requesting the approve the project.

Editor’s Note: Jim, as usual, puts things in proper perspective. I can’t help adding an observation, though. Isn’t it grand that a surfer should suppose her ridiculous and completely unscientific speculation of harm to her views of wildlife, that won’t be affected one iota, should take precedence over the needs of others to simply stay warm? That’s where we have arrived at with environmentalism. It’s turned into a battle of the haves versus the have nots.

The haves are represented by the NRDC gang. Rich and desperate to impose their wilderness playground vision on the deplorables, they dismiss all concerns related to the needs of ordinary New Yorkers. The needs of Upstate and the poor forced to live in public housing are completely ignored. Don’t even mention the economy and the need for jobs or lower cost energy. And, the importance of natural gas to lower emissions and cleaning New York’s air? Get out of here!