Different groups have different reasons to call for more regulation hurdles for the gas industry, but they share the same self-serving goals.

This year is full of controversy and divisional lines. We are all being held to pick a side and stand fast for this or that and it is very tiring. When you take a step back, you often see very different groups scheming together for their own gain.

A recent article on the Property and Environment Research Center website, highlighted these odd partnerships in a very interesting way, by comparing environmentalists and industry groups as “Baptists and bootleggers” (their term).

Groups such as the Sierra Club and NRDC (the “Baptists” in the storyline) look to evangelize green energy as the only true source of clean energy by opposing everything that is not renewable. Meanwhile, major industries (the “bootleggers”) such as Microsoft, Apple and Siemens have doubled down on software development for electric vehicles and efficient electrical machinery. Although these Baptists and the bootleggers have very different backgrounds and reasoning for their positions, their alliance shares the same goal, to shut down liquor stores on Sunday. 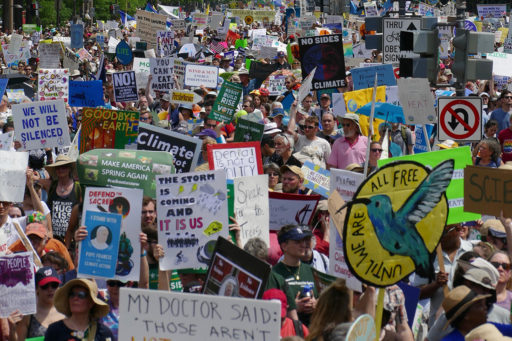 The Baptists get to have their ideologies reinforced, while the bootleggers get a day of no competition and opportunity to capitalize on it. When it comes to the climate debate, the environmentalist Baptists support more and more restrictions and the adoption of command-and-control policies that ultimately squeeze the market to the point of being non-existent. The only ones who can bypass the absurd new regulations and thrive are the bootlegging titans of industry.

The new regulations raise the cost, reduce margins and puts a stomp down on competition. They also get to reap the benefits of subsidies and government guaranteed loans for technologies that meet the moral standard of the Baptists without the worry of those who are being left behind.

This analogy is really a perfect summarization of how groups like the Sierra Club operate. Just look at the recent challenge of the Freeport LNG export terminal in Texas.  The Sierra Club challenged the Department of Energy’s (DOE) review of the project by saying that the DOE did not properly assess the indirect environmental impacts and that their public interest decision was flawed. In the court opinion, Judge Robert Wilkins, an Obama-appointee, however, observed,

“Under our limited and deferential review, we cannot say that the Department failed to fulfill its obligations under NEPA by declining to make specific projections about environmental impacts stemming from specific levels of export-induced gas production,”

The Sierra Club’s staff attorney, Nathan Matthews, highlighted what this case was really about; the fight over fracking.

“This LNG export approval creates unnecessary risks for the people of Freeport, Texas, and for every community that is saddled with fracking rigs next to their homes, schools and public spaces,”

Longtime readers of NaturalGasNow know the ties the Sierra Club has with bootleggers such as the Simons family through the Sea Change and Energy Foundations. Nathaniel Simons funds them lavishly as his family makes mega-investments in solar energy. What you may also know, and it deserves repeating, is their other bootleggers that stand to lose if natural gas development and exports succeed: Russia. More than the popular buzzword of 2017, the Russian connection is deep and through a series of shell companies, the Baptists may or may not know where their tithe is originating.

According to the reports, entities connected to the Russian government are using a shell company registered in Bermuda, Klein Ltd. (Klein), to funnel tens of millions of dollars to a U.S.-based 501(c)(3) private foundation, the Sea Change Foundation (Sea Change). This money appears to move in the form of anonymous donations. Sea Change then passes the money originating in Russia to various U.S. 501(c)(3) organizations such as the Sierra Club, League of Conservation Voters Education Fund, and others. These funds are dispersed as grants that will be used to execute a political agenda driven by Russian entities. The purpose of this circuitous exchange of foreign funds is to shield the source of the money.

When looking at an argument, look to who is joining sides and why. If you spend a minute trying to answer the WIIFM (what’s in it for me) question, you will quickly start to see who are the Baptists and who are the bootleggers looking for a leg up in profit and business.