Cuomo’s arbitrary decision to ban fracking in New York left Upstate devastated and vulnerable to scams that won’t do much for the economy or the environment.

It is happening again in Upstate New York. This time it is the Wall Street hustlers from the solar energy industry who are going door to door and blanketing landowners with offers to lease their land for energy development using high pressure sales tactics.

Does this sound familiar: landmen telling landowners that if they don’t sign the company’s lease in a week the “parameters” are going to change and the company might have to lower its offer? Parcels of 30 acres or more are being tied up for 25 to 35 years with no rental payment for the first two years, leaving the landowners to pay the taxes with no ability to take better offers. Yet, the company can bail out of the lease at any time during those two years.

One solar energy company may have already acquired over 900 leases amounting to over 27,000 acres of forest and farmland. To build its solar arrays the company will have to clear-cut the forest or bulldoze the farmland, thereby permanently stripping all vegetation from the land before building on the site. Neither their lease nor any NYS regulations require the company to preserve the topsoil, restore its habitat and fertility, or restore its contour after the energy operations are exhausted on the site. 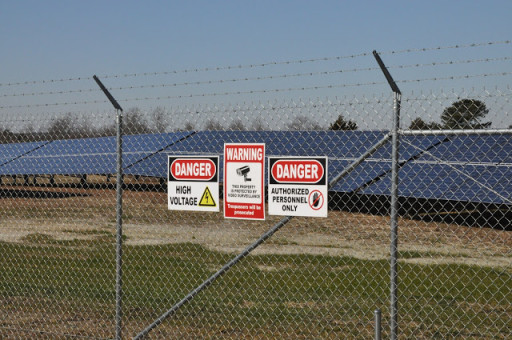 The property will have an eight (8) foot high chain link fence around it for the life of the lease. No animals or people will be allowed on the 30 acre parcels, and nothing will be allowed to be grown thereon. In fact, pesticides and herbicides will be the preferred agents to prevent plant growth on the site. Each of the 900 projects has the potential to permanently destroy at least 30 acres of ecologically important habitat and watershed.

The Department of Environmental Conservation has turned a blind eye to the cumulative environmental impacts of these 27,000 acres being laid bare and the resultant loss of water resource management and forest habitat. And, it could get worse. If all five major companies seeking solar leases succeed in signing 900 leases each, the amount of land being denuded will reach 135,000 acres. This equals 210 square miles of forest and farm land being taken out of the carbon cycle.

Does it really advance environmental policy to remove 210 sq. miles of carbon sequestering forests and fields for electricity which is only generated six hours a day on sunny days? Environmental groups who normally protest this type of devastation of habitat have remained silent as to these consequences. This contrasts sharply with the recent success of the New York environmental lobby to convince DEC to decline a 401 Clean Water Act Permit to Constitution Pipeline because its 121 mile pipeline would clear cut 1,900 acres.

What we are really talking about here is Industrial Solar (Wall Street Solar, Big Solar), and its massive land grab to make big money off the unsophisticated landowners, the tax credits, the real property tax exemptions, the solar renewable energy certificates (SREC’s), the rate subsidies, and the accelerated depreciation while the benefit to the economies of the towns and counties is nearly nil. No real property taxes will be paid by these energy facilities and no local jobs will be created, neither in construction of the site nor in the operation of the facility. 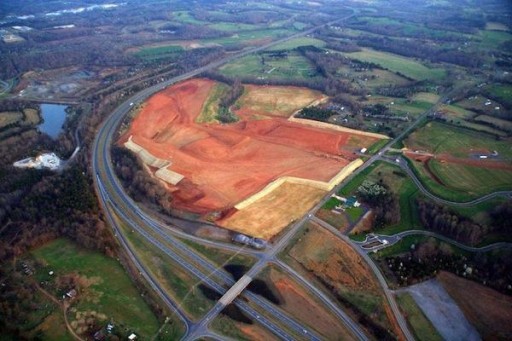 100 acres cleared for an Apple solar farm in North Carolina. It is estimated the alternative power sources will begin operations later this year and will provide 9.8% of the energy required to run Apple’s 500,000 square-foot datacenter. The rest of the power will come from natural gas.

For all intents and purposes these solar arrays only produce electricity between 9 AM to 3 PM and only on sunny days (nothing at night or when it rains or snows or is overcast). For this unreliable, unnecessary, and weather dependent electricity, the local towns will lose valuable scenic vistas, valuable tourist assets, valuable farmland, valuable timber land, and invaluable forest habitat with all its wildlife, its natural benefits, and its protections of air and water quality. Almost all the profit from these sites will go to out-of-state speculators and investors.

This begs the question: Was the ban on fracking, in fact, just another well executed political ploy to clear the deck for Wall Street Solar to step into the economic vacuum Upstate?

The problems which solar attempts to cure exist only in New York City, not Upstate. Upstate has some of the cleanest air in the nation. Yet, Upstate New York is being asked to suffer the complete environmental degradation of 210 square miles of forests, forest habitats, and farmland so that NYC can continue to concentrate people and wealth on three islands and a peninsula, can continue to exceed ozone standards causing summer health alerts, can continue to use fuel oil, can continue to build more fossil fuel using skyscrapers, and can continue to allow fossil fuel guzzling automobiles in Manhattan, when every environmental study calls for a ban of cars there.

Perhaps it’s time to stop wasting Upstate’s resources on NYC’s denial of its environmental problems and Big Solar’s environmentally damaging quick money schemes, and to figure out instead a way to bring sustainable jobs to Upstate New York.

7 thoughts on “The Absurdity of Life in New York: The Upstate Burden”