Last week, I offered the following testimony at a Bloomsburg, Pennsylvania hearing on the very important Atlantic Sunrise Pipeline project. A copy of my full submission, including exhibits, may be found here. My point, and the main point as I see it, was and is that pipeline jobs result in local employment; a fact often poorly understood by those who suppose pipelines are built by out-of-towners. 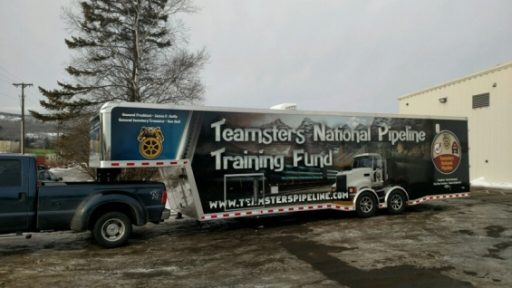 Here’s the basic testimony I offered on behalf of some of Pennsylvania’s pipeline workers — workers from the very region the Atlantic Sunrise will serve:

This project will provide Teamster members who belong to Local Unions 229, 401, 429, 764 and 776 with high wages plus health insurance and pension benefits. These workers,who will be performing the pipeline construction work along the Atlantic Sunrise route, are domiciled in the Commonwealth of Pennsylvania.

Also, the Teamsters National Pipeline Training Fund is committed to building this project with well-trained and qualified Teamster workers who reside in Pennsylvania and who belong to the Teamster Local Unions noted above who have work jurisdiction over this project. In addition, we will supplement this workforce with Teamster members from other local unions within the state.

Therefore, these workers have a vested interest in building this project in an environmentally safe manner and in compliance with Chapter 102 and 105 since their own families could be affected by this project.

Utilizing union contractors to build the project guarantees at least 50% of the workers will be local hires. The collective bargaining agreement between the Teamsters and Pipeline Contractors Association states:

“The words “regular employee” shall mean those who are regularly and customarily employed by the Individual Employer and because of their special knowledge and experience in pipeline construction work, are considered key men. It is anticipated that the number of regular employees shall not be more than a majority of the total number required but there shall be no limitation on the classification of such regular employees, with the understanding that these classifications will be distributed as evenly as possible.”

See Exhibit A of my full submission for the details. Also, I have supplied two of our Steward Reports dated June 2, 2017 (see Exhibit B), which are quite revealing.

As an example, the one with Contractors Rental lists every Teamster worker on the Rice Energy project as their Home Local being 585, which is located in Washington County, Pennsylvania. All these workers are residents of Pennsylvania.

A second Steward Report with Hollis Group shows nine Teamsters working on this Williams gas project. All but one are members of local unions living in the state. Therefore, eight out of nine workers on this project (89%) are residents of Pennsylvania.

Therefore, when a pipeline project such as the “Project” is built using local union labor, the majority of pipeline construction workers will be from the local community.

Again, these workers have an incentive for to make sure every project is environmentally safe because they live where they work.

We have pipeline contractors who specialize in Horizontal Directional Drilling (HDD) type of work. HDD is used for the installation of pipelines beneath rivers, highways and other environmentally sensitive areas requiring technology and equipment that can install pipelines without any disturbance to natural habitats.

Some of our specialized signatory contractors and a more detailed explanation of the work they perform in areas of great environmental concern are included in this submission (see Exhibit C).

Prior to the construction of the Atlantic Sunrise we will provide classroom training programs based on the U.S. Department of Transportation’s Regulations on “Compliance, Safety and Accountability” and also Defensive Driving. The Teamsters CSA/Defensive Driving Instructor has been cited as a Trend Setter by the “National Safety Council” — an Award he has received from them in the past. He will teach this Course to our Teamsters who will work on the “Project” prior to the work starting (see Exhibit D). 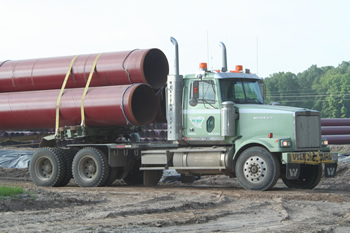 This classroom training is complemented by providing additional skills training on the equipment to be used on a project (see Exhibit E). Under our collective bargaining agreement workers must have certain qualifications prior to working on the project (see Exhibit F). Also, our Pipeline Agreement includes Drug and Alcohol Testing to ensure a drug free work environment and “Training/DOT Rules” to maintain high quality work standards and qualifications (see Exhibit G).

Finally, Teamsters support our Veterans who will be working on the project through the Teamsters Military Assistance Program.

An Atlantic Sunrise Pipeline project constructed with our trained and highly skilled union workers and specialized union contractors will be done in a safe and environmentally friendly manner and in full compliance with the Chapters 102 and 105. The union contractors who will be charged with building it are specialized and are highly experienced in performing pipeline construction work especially in sensitive environmental areas where wetlands, rivers and streams exist. This is why we support the Atlantic Sunrise Pipeline project.

Editor’s Note: Richard Stern’s testimony was a valuable contribution to the discussion on the Atlantic Sunrise Pipeline. Far too many people assume pipeline jobs go to folks from other states but, in fact, as he proves, they’re the same sort of skilled construction jobs that have always provided lifetime careers for local Teamsters and other union members. These are great jobs, they’re local and they’re only temporary in the sense that construction workers have always moved from job to job.