A recent article in The Daily Signal exposed the tangled web created by PennEast opponents as they have practiced to deceive in their pipeline enmity.

Kevin Mooney did fantastic job with an article the other day at The Daily Signal. Extremely well written and balanced with comments from all sides, it laid bare the deceptions practiced by PennEast opponents. I was quoted, so I’m obviously biased, but Kevin’s in-depth research and reach-outs to the opposition to the PennEast Pipeline was a great example of good old-fashioned journalism. Titled “PennEast Pipeline Backers Tout Lower Energy Prices in Fighting Well-Funded Green Groups,” this piece exposed so many of the faulty premises behind PennEast opposition. 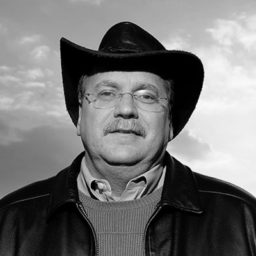 Among those fraudulent premises is this claim by gentry class lobbyist Jeff Tittel who long ago abandoned his working class roots as the son of a steelworker to work for a Sierra Club determined to wipe out all such jobs:

Jeff appears to have taken word parsing lessons from Bill Clinton as he’s technically correct that his Sierra Club chapter doesn’t get money from the William Penn Foundation but slyly evades the whole truth. The foundation, which is private charity, cannot donate to the Sierra Club because it is organized as a 501(c)4 political entity and private foundations are not permitted to do politics. That’s why, like so many such deceptive groups who rely upon big money from the gentry class, the Sierra Club created its own 501(c)3 charity that could accept grants from outfits such as the William Penn Foundation. That is the Sierra Club Foundation.

Jeff Tittel, in his practice to deceive, reveals the incredible depths of the fraudulent behavior taking place in this country with respect to the tax-exempt fleecing of taxpayers. It’s happening at the hands of a ruling class using multiple corporations and entities to launder their political activity as they wash out the blue blood stains. Also stained is the son of that steelworker; the son who grew up to be Jeff “the Job-Killer” Tittel, gentry class capo.

He’s not the only one. Kevin Mooney also talked with Maya van Rossum, the Delaware Povertykeeper a/k/a Riverkeeper noting the following about her organization:

The William Penn Foundation donated about $1.4 million to the Delaware Riverkeeper Network in 2017 and $914,000 in 2015. But van Rossum dismissed the idea that her organization takes direction from the foundation.

“That’s a false argument, a misrepresentation, and a red herring,” she said, adding:

We have multiple funding streams, and foundation funding is but one of them. When you apply for a foundation grant, you propose the work that you are going to do in the public interest, and the funder chooses whether or not to support that work. The funder does not give you money and then dictate what you are to do with it.

Well, not so fast, Maya. The Povertykeeper received roughly 1% of its revenue from membership dues in 2015. We also have access to details of their funding in 2013, which I wrote about here, when I explained “the major role of the William PennFoundation in financing the Riverkeeper (20% of all contributions), Henry Wallace descendants (Wallace Research Foundation and Woodtiger Fund, who together provided another 24%), the Rockefeller family (Geraldine R, Dodge Foundation for 5%) and four others at 15% combined, meaning eight special interest entities funded almost two-thirds of the Riverkeeper budget.” Those other “funding streams,” in other words, don’t amount to much.

Moreover, we know how the William Penn Foundation controls and directs the expenditure of its donations from the way it treated the DRBC, another of the recipients of its undue influence. The grant agreement governing the Foundation’s donation of funds to the agency, even as it simultaneously funded the Povertykeeper opposed to all gas drilling in the region and suing the DRBC to prevent it, dictated exactly how the money was to be used. Another grant agreement, according to emails between the DRBC and the Foundation specifically provided that “DRBC natural gas regulations be approved by commissioners and that those regulations include requirements for 1) natural gas development plans and 2) creation of a Decision Support Tool to implement the regulations.” So much for the idea the Foundation doesn’t spell out and know precisely what it’s paying for.

Then, there is that “anti-pipeline flier mailed to New Jersey residents by ReThink Energy, a coalition funded by the William Penn Foundation.” It’s the very definition of demagoguery: 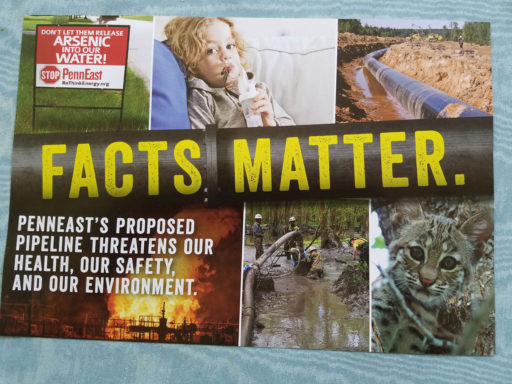 See that small child with the breathing device? You might notice it’s plastic, which is to say it’s made from natural gas, a fact ReThinkEnergy never did think about, I presume. It’s also a stock photo available at a price from one of these sources, which alternatively describe the child as a “close-up of a little boy with sad expression on his face, using an inhalator” and a “small, sad girl with inhaler sitting on a sofa.” The child is whoever you want her or him to be; that is to say fake; a model hired out by parents to pose as propaganda for whatever cause one has in mind. It’s hard to imagine anyone more appropriate to the pitch of PennEast opponents with absolutely no facts to their credit (or creditability for that matter). They’re not just fractivists but alternative factivists.

There’s also that arsenic thing. “Don’t let them release arsenic into our water,” the flier says. I didn’t know pipelines released arsenic and, in fact, they don’t, but here’s the point; there’s already arsenic in the water and PennEast had nothing to do with it. The New Jersey Geological Survey found arsenic in groundwater in Hunterdon and Mercer counties when it studied data from the 94 wells in 1999 and 2000. The samples showed 30% of wells exceeded the New Jersey maximum contaminant level (MCL) of 5 µg/L of arsenic. Also, New Jersey has a Private Well Testing Act and data collected from more than 1,100 wells in Hunterdon County and Hopewell Township between 2002 and 2011 showed more than 25 percent exceeded the MCL, with a peak background concentration of 254 µg/L.

What these PennEast opponents are relying upon to justify their outrageous claim, of course, is the idea construction might disturb existing arsenic in the ground. But, the risk is no greater with pipeline construction than home construction or building a new home for ReThink Energy, for that matter. The FERC environmental impact assessment also has refuted the arsenic claims as “speculative,” saying they “constitute a misapplication of physical principles, misinformation about corrosion-prevention systems and are not supported by empirical data.”

This is how fractivists make their case; with distortions, exaggerations and outright lies. And, when they’re caught, as Kevin Mooney did with them so well in this Daily Signal piece, they just double down. Here’s how WHYY, which is behind StateImpactPA and takes all that money from the William Penn Foundation, did so:

“As with all of our reporting, no funder dictates our editorial coverage in any way and, as always, we’re sensitive to potential or perceived conflicts of interest. The issues raised about our coverage of the PennEast Pipeline have no basis in fact.”

I’ll believe that when the quotes StateImpactPA regularly secures from the Delaware Riverkeeper and Clean Air Council are accompanied by a disclosure these organizations are funded by the same William Penn Foundation that makes StateImpactPA possible and when those quotes are accompanied by others from our side. That would be be real journalism, though, so I’m not expecting to see it anytime soon. They could learn a thing or two from the Daily Signal if they stopping practicing to deceive.