Talen Energy has sold out to the Sierra Club in an attempt to feed the extremist crocodile knowing consumers will pay for the error.

Talen Energy, which is what was once the generating arm of Pennsylvania electric utility PPL before it broke itself up, is yet another corporatist outfit eager to sell its soul to the highest bidder while bragging up its ethics. It has just announced to the world its surrender to the high-financed, corrupt elitist shill known as the Sierra Club. The news release amounts to Mach 10 sycophancy; pandering to the extremist crocodiles in the hopes of being eaten last. 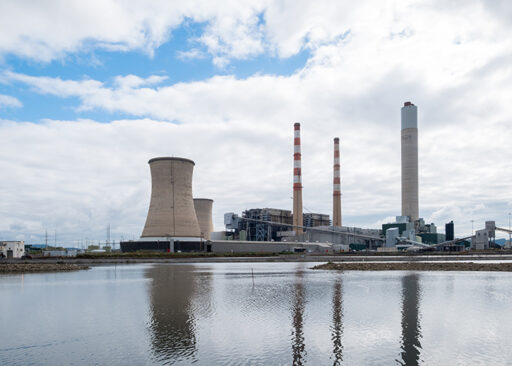 Talen Energy’s 1,504 MW electric generation plant that is proposed to be converted from coal to gas

Here’s the thoroughly disgusting news release from Talen Energy, together with my observations in red:

Talen Energy Corp. (“Talen”) today announced that it has committed to a strategic repositioning of its power generation fleet that will eliminate the use of coal at all Talen wholly-owned facilities. [Talen Energy has also applied to convert one of the plants to gas, which is not mentioned by Talen, but the Sierra Club, in its release, says it will oppose the “fracked gas plant” every step of the way.]

These actions, developed through discussions with the Sierra Club, are a first step in a larger transformation of Talen’s assets and business model toward a sustainable, Environmental, Social and Governance (“ESG”)-focused future.

[This wasn’t a “discussion.” It was a retreat in the face of Sierra Club lawsuits funded by dark money from super-elite solar hedge fund investors such as Nat Simons.]

In particular, Talen’s Montour generation facility located in Pennsylvania and its Brandon Shores and H.A. Wagner coal generation facilities located in Maryland will cease coal-fired operations by the end of 2025 and repower pending approvals by state agencies. [The Montour plant is the one Talen Energy proposes to convert to gas and the Sierra shills pledge to oppose.] These facilities will join Talen’s Brunner Island generation facility in Pennsylvania, which previously committed to transition from coal by the end of 2028. In total, they represent approximately five Gigawatts of generating capacity and over 30% of Talen’s total generating capacity. As part of this effort, Talen and the Sierra Club are working toward an agreement which aims to avoid future litigation or permit disputes related to coal at Talen’s transitioning sites. A statement from Sierra Club in support of this effort can be found at: https://www.sierraclub.org/press-releases/2020/11/sierra-club-and-stoney-beach-association-statements-talen-energy-s-commitment

[Notice how Talen energy “aims to avoid future litigation,” which is another way of saying they were bullied into a retreat and are now committed to tossing their consumers into the mouth of the crocodile in hopes the company can make up the difference corporately with higher prices and grabbing of government subsidies.]

“Talen is pleased to play a leading role in driving toward a lower carbon future. We are among the first in the competitive power generation industry to commit to an accelerated transition from coal. This step, coupled with our ESG infrastructure investments, are good for our business and all our stakeholders, including the communities in which our plants are located. By moving to repower these sites for the future, we maintain our longstanding economic commitment to our communities, while also providing the environmental benefits of a lower carbon footprint. This balance is a direct reflection of our “No Harm” culture,” said Ralph Alexander Chairman and Chief Executive Officer for Talen Energy. “Talen is grateful to the Sierra Club for their relationship as we position for a sustainable future.”

[Have you ever read a more dishonest excuse in this war against Big Green? Talen Energy earns the Neville Chamberlain Award for craven capitulation.]

Under its energy transition plan, Talen is developing renewable energy and battery storage projects at strategic locations across its asset portfolio, further positioning it for a lower carbon future that also offers economic and social benefits to communities in which they will operate.

[Yeah, yeah…and you know damned well none of this makes economic or, for that matter, environmental sense. You are only able to do this because you have, for the moment, dispatchable gas and nuclear plants that picks up the slack and you know, as we know, the Sierra Club shills are out to shut those down, too. You just hope to postpone the day of reckoning by selling out consumers and blowing sunshine up their buttocks to hide the fact.]

“Talen’s move away from coal and future growth will be underpinned by approximately one Gigawatt of renewable energy (solar and wind) and battery storage projects currently under development across our existing asset footprint,” added Alex Hernandez, President of Talen Energy. “Our first 100 Megawatt solar generation joint project will be located adjacent to our Montour generation facility in Washingtonville, Pennsylvania. [Next to the gas plant, then. How convenient to a dispatchable source of energy next door to save the day.] We anticipate the project will break ground in the fourth quarter of 2021 and be one of the largest renewable energy investments in the Commonwealth.” [At public and ratepayer expense, of course.]

Talen intends to repower the impacted plants to run on alternate fuel sources,  with some assuming the role of capacity resource. [Natural gas is apparently the “alternate fuel source that shalt not be mentioned.] Talen expects to continue to support grid reliability and maintain operations in the markets and communities it has been part of for decades. Additionally, Talen urges Pennsylvania and Maryland decision-makers to invest in clean energy and transition support for affected workers and communities.

“Customers in our markets are looking for clean power offerings that meet their reliability and cost requirements. Talen’s combination of renewables, zero-carbon nuclear, and battery storage assets will provide a clean, affordable, and reliable power solution to our customers,” added Mr. Hernandez. [No, consumers don’t give a damn about much of this other than the affordable part made possible by natural gas, which happens to be clean.]

Talen Energy’s surrender is completely self-serving as to its management, largely phony and a case of feeding the proverbial crocodile. It also illustrates the danger we face as natural gas advocates whenever we trash coal, even though natural gas is a far cleaner energy source. If and when coal completely disappears, there is no question natural gas becomes the sole target.

Carbon capture technology holds the promise of eliminating the threat for both industries, but will Talen Energy do then, having invested gobs of the public’s money in low energy density solar technologies that can’t possibly deliver the energy we need when we need it? A 100 MW intermittent solar power facility isn’t going to replace a high energy density 1,504 MW dispatchable coal or gas facility, after all.