The U.S. Supreme Court has issued an opinion making it easier to go to Federal court for relief under the Takings Clause. New York and the DRBC take notice.

Yesterday, I included a blurb about the new Supreme Court decision on takings in my weekly best picks short stories post. Numerous people have sent me links to news articles about the decision, realizing how important it must be. They are correct. It is very important and I need to say more about it. It’s also very interesting that the case involves a controversy in nearby Scott Township, Lackakwanna County (the Montdale area), a client with whom I worked many years ago. 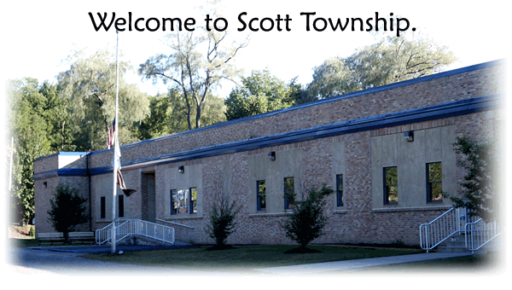 Scott Township, long after I represented them, passed a cemetery ordinance that can be found here. Here’s the background from the opinion:

The ordinance defined a “cemetery” as “[a] place or area of ground, whether contained on private or public property, which has been set apart for or otherwise utilized as a burial place for deceased human beings.” The ordinance also authorized Township “code enforcement” officers to “enter upon any property” to determine the existence and location of a cemetery.

In 2013, a Township officer found several grave markers on Knick’s property and notified her that she was violating the ordinance by failing to open the cemetery to the public during the day. Knick responded by seeking declaratory and injunctive relief in state court on the ground that the ordinance effected a taking of her property. Knick did not seek compensation for the taking by bringing an “inverse condemnation” action under state law. Inverse condemnation is “a cause of action against a governmental defendant to recover the value of property which has been taken in fact by the governmental defendant.”

Because the property owner hadn’t asked for compensation, the state wouldn’t give the property owner any relief. And, because a previous decision by the Supreme Court in the Williamson County case had held a property owner couldn’t get Federal relief until and unless they had been denied state compensation, the Third Circuit Court of Appeals essentially kicked the matter upstairs to the Supreme Court to resolve. It just did by reversing its previous decision (emphasis added, citations deleted).

We conclude that a government violates the Takings Clause when it takes property without compensation, and that a property owner may bring a Fifth Amendment claim under §1983 at that time. That does not as a practical matter mean that government action or regulation may not proceed in the absence of contemporaneous compensation. Given the availability of post-taking compensation, barring the government from acting will ordinarily not be appropriate. But because the violation is complete at the time of the taking, pursuit of a remedy in federal court need not await any subsequent state action. Takings claims against local governments should be handled the same as other claims under the Bill of Rights. Williamson County erred in holding otherwise…

The state-litigation requirement of Williamson County is overruled. A property owner may bring a takings claim under §1983 upon the taking of his property without just compensation by a local government. The judgment of the United States Court of Appeals for the Third Circuit is vacated, and the case is remanded for further proceedings consistent with this opinion.

Thus has the Supreme Court resolved the Catch-22, determined whose baby it was and cut the Gordian Knot. What does it mean? For that, I suggest turning to the concurring opinion by one of my heroes (and perhaps the best Supreme Court justice of the last century), Clarence Thomas, who writes with great clarity.

The Fifth Amendment’s Takings Clause prohibits the government from “tak[ing]” private property “without just compensation.” The Court correctly interprets this text by holding that a violation of this Clause occurs as soon as the government takes property without paying for it.

The United States, by contrast, urges us not to enforce the Takings Clause as written. It worries that requiring payment to accompany a taking would allow courts to enjoin or invalidate broad regulatory programs “merely”because the program takes property without paying for it.

According to the United States, “there is a ‘nearly infinite variety of ways in which government actions or regulations can affect property interests,’” and it ought to be good enough that the government “implicitly promises to pay compensation for any taking” if a property owner successfully sues the government in court.

Government officials, the United States contends, should be able to implement regulatory programs “without fear” of injunction or invalidation under the Takings Clause, “even when” the program is so far reaching that the officials “cannot determine whether a taking will occur.”

This “sue me” approach to the Takings Clause is untenable. The Fifth Amendment does not merely provide a damages remedy to a property owner willing to “shoulder the burden of securing compensation” after the government takes property without paying for it. Instead, it makes just compensation a “prerequisite” to the government’s authority to “tak[e] property for public use.”A “purported exercise of the eminent-domain power” is therefore “invalid” unless the government “pays just compensation before or at the time of its taking.” If this requirement makes some regulatory programs “unworkable in practice,” so be it—our role is to enforce the Takings Clause as written.

Of course, as the Court correctly explains, the United States’ concerns about injunctions may be misplaced. Injunctive relief is not available when an adequate remedy exists at law. And even when relief is appropriate for a particular plaintiff, it does not follow that a court may enjoin or invalidate an entire regulatory “program,” by granting relief “beyond the parties to the case.”

Still, “[w]hen the government repudiates [its] duty” to pay just compensation, its actions “are not only unconstitutional” but may be “tortious as well.”

This is a very illuminating read. Thomas reflects the growing impatience of the Supreme Court with governmental programs and rules that take property without compensation, claiming it’s but reasonable regulation.

We see, with the New York fracking moratorium (“at this time”) and the proposed DRBC fracking ban, the worst sort of abuse in this regard. Not only is government proposing to take the bulk of the value in property held by owners (and all of it in the case of mineral rights owners only), but it is doing so on the basis of the crudest and wildest imagination. This decision lays a foundation for that has not previously existed for a takings lawsuit in New York and one against the DRBC if it recklessly enacts a fracking ban.

6 thoughts on “Take Notice DRBC: “Sue Me” Approach to the Takings Clause Is Untenable.”