Steven Pinker looks at sustainability and what it cannot be allowed to mean if we value progress. It’s not the green political correctness pushed on us.

Add Steven Pinker to the list of rational thinkers who proclaim we need to stop playing games of green political correctness if we value positive change. Sustainability, as fractivists and other environmental extremists would apply the term, has become a bugaboo preventing us from giving our children a better future. 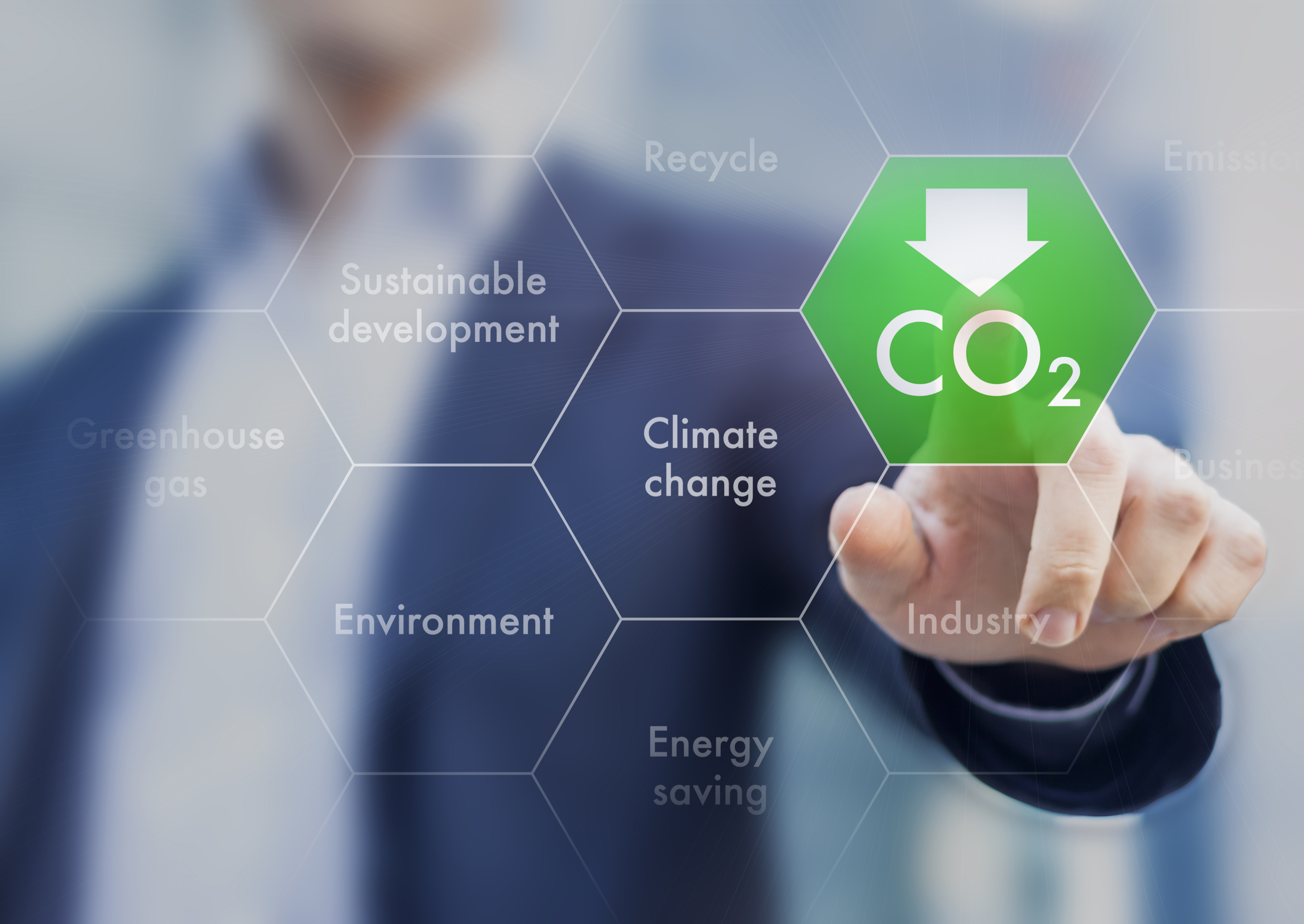 I talked about the subject of green political correctness in a post three years ago that, turn, analyzed an article by Matt Ridley, the author of the Rational Optimist. Like Bjorn Lomborg, The Skeptical Environmentalist and Julian Simon before him (not to mention Ben Wattenberg), Pinker is an amazingly clear thinker who doesn’t get hung up on green political correctness. He has a superb article entitled “Enlightenment Environmentalism: The Case for Ecomodernism” at The Breakthrough site. It’s too long to cover every aspect of it readers might appreciate but here are some lines from the insightful opening:

A common response to good news about global health, wealth, and sustenance is that it cannot continue…

…many voices in the traditional environmental movement refuse to acknowledge that progress, or even that human progress is a worthy aspiration…

This idea, that environmental protection is a problem to be solved, is commonly dismissed as the “faith that technology will save us.” In fact, it is a skepticism that the status quo will doom us — that knowledge and behavior will remain frozen in their current state for perpetuity. Indeed, a naive faith in stasis has repeatedly led to prophecies of environmental doomsdays that never happened…

The other environmental scare from the 1960s was that the world would run out of resources. But resources just refuse to run out. The 1980s came and went without the famines that were supposed to starve tens of millions of Americans and billions of people worldwide. Then the year 1992 passed and, contrary to projections from the 1972 bestseller The Limits to Growth, the world did not exhaust its aluminum, copper, chromium, gold, nickel, tin, tungsten, or zinc. In 2013 the Atlantic ran a cover story about the fracking revolution entitled “We Will Never Run Out of Oil.” Humanity does not suck resources from the earth like a straw in a milkshake until a gurgle tells it that the container is empty. Instead, as the most easily extracted supply of a resource becomes scarcer, its price rises, encouraging people to conserve it, get at the less accessible deposits, or find cheaper and more plentiful substitutes.

Indeed, it’s a fallacy to think that people “need resources” in the first place. They need ways of growing food, moving around, lighting their homes, and displaying information. They satisfy these needs with ideas: with recipes, formulas, techniques, blueprints, and algorithms for manipulating the physical world to give them what they want. The human mind, with its recursive combinatorial power, can explore an infinite space of ideas, and is not limited by the quantity of any particular kind of stuff in the ground. When one idea no longer works, another can take its place.

Now, I don’t agree with everything Pinker says, but this is common sense and he also applies it the climate change issue:

The enlightened response to climate change is to figure out how to get the most energy with the least emission of greenhouse gases. There is, to be sure, a tragic view of modernity in which this is impossible: industrial society, powered by flaming carbon, contains the fuel of its own destruction. But the tragic view is incorrect. The modern world has been progressively decarbonizing. When rich countries such as the United States and the United Kingdom first industrialized, they emitted more and more CO2 to produce a dollar of GDP, but they turned a corner in the 1950s and since then have been emitting less and less. China and India are following suit, cresting in the late 1970s and mid-1990s, respectively. Carbon intensity for the world as a whole has been declining for half a century.

He then includes a graph showing the progress. What has been the biggest contributor to reducing carbon intensity? Well, the Energy Information Administration provided the information here:

Primary fuels that produce CO2 when combusted include coal, natural gas, distillate heating fuel, diesel, gasoline, and propane. These fuels have different carbon intensities, ranging from about 100 kg CO2/MMBtu for coal (depending on the coal type) to 53 kg CO2/MMBtu for natural gas.

And, here’s the EIA graph telling the story (focus on the right-hand side): 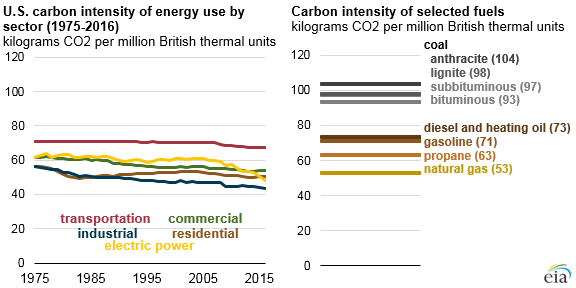 Substitution of natural gas for any of the fuels above it on the right-hand side, in other words, helps decarbonize the environment. It’s the fastest way to do it, in fact, that is affordable and achievable in the short-term. No amount of green political correctness changes that fact. It only slows the progress because resources that could be devoted to technologies further reducing carbon through capture, use in fracking or other techniques.

Green political correctness is a distraction from focus on the most productive solutions and the solutions are out there. Sustainability policies based on limits to growth are inherently negative and solve nothing. They’re a bugaboo. Real sustainability is based on solving problems with ideas and technology in the most economically effective way possible. Renewables are, far too often pushed at the expense of true sustainability and wisdom, like a wine before its time. That is the price of green political correctness; less decarbonization now.