Rural Susquehanna County, Pennsylvania, adjoined by New York State, accounts for more than 4% of all the natural gas produced in the entire United States.

The Pennsylvania Department of Environmental Protection (DEP), once better known by the more balanced name of the Department of Environmental Resources, collects monthly data on natural gas production in the Commonwealth. The August, 2018 report is a stunner. Jim Willis reported on it here, picking up on an analysis by Oil & Gas Republic. Being a nerd who loves to tramp around in data, I decided to check it for myself. What I found was incredibly eye-opening.

The DEP data, once downloaded, becomes easier to sort and analyze. My first observation, as I perused it was that much of Pennsylvania has now being touched by natural gas development. I found more than half of the Commonwealth’s 67 counties now have active gas wells. They stretch from Southwest Pennsylvania to the Northern Tier counties abutting the Delaware River Basin in the east. Natural gas production has, to date, been reported in 33 counties for August, although the data is not all yet compiled.

The following map shows those 33 counties, with red signifying the two highest producing counties, tangerine indicating the next two and so on fr the top 10. The yellow-green counties represent the other 23 gas producers. 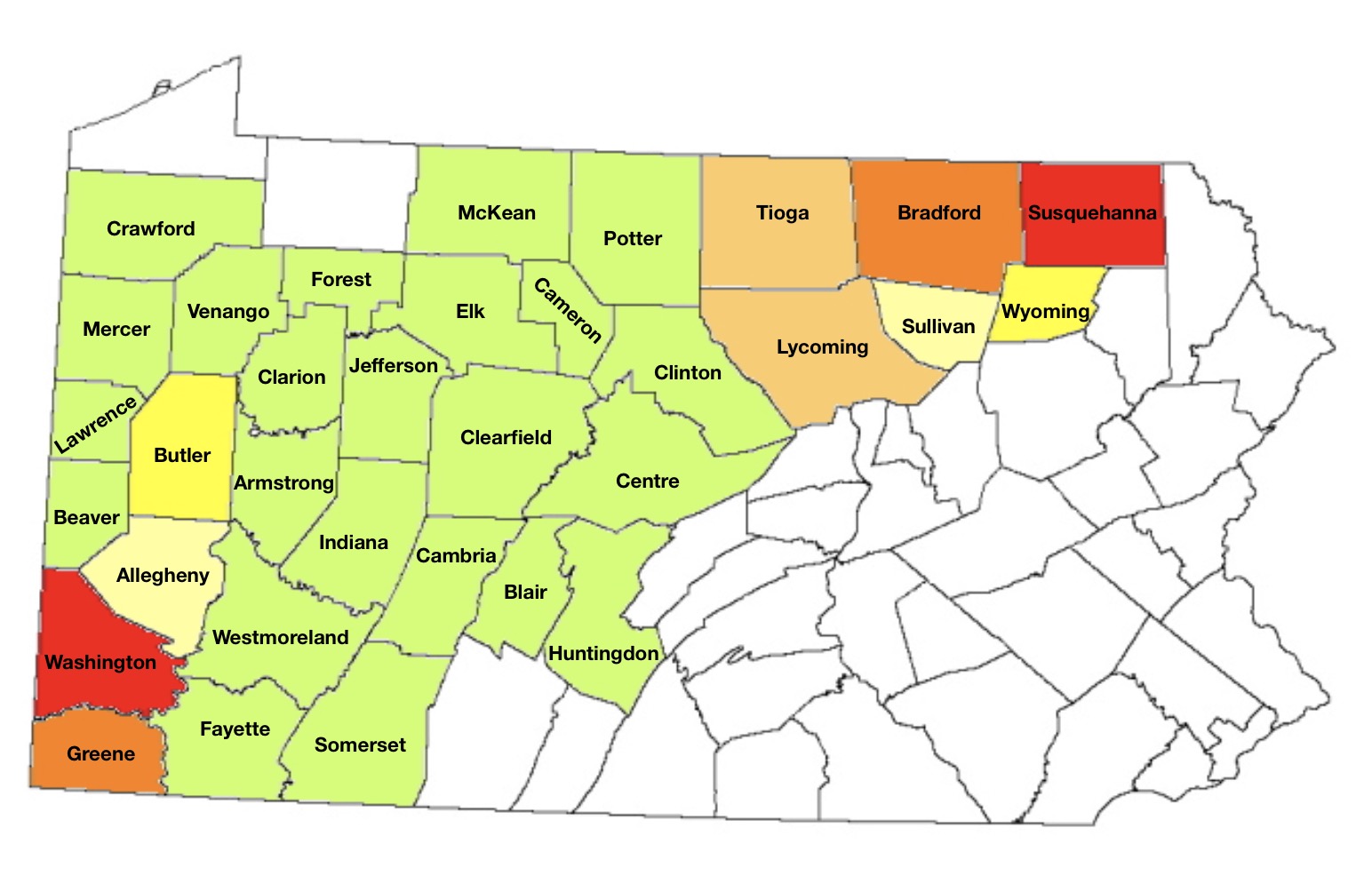 And, here is a table summarizing the relevant data for August, 2018: 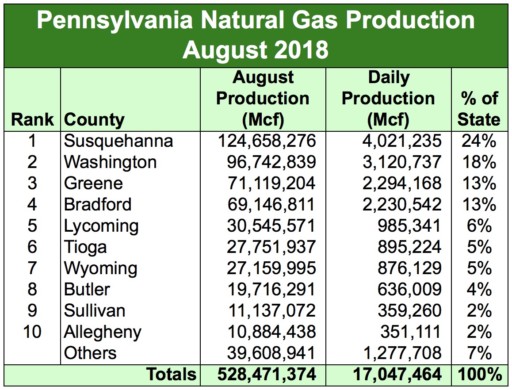 Now, take a look at where the top producing counties are located. There are four standout counties; Susquehanna County, Washington County, Greene County and Bradford County. Together, they account for 68%—that’s more than two-thirds for those of you who live in Philadelphia—of all Pennsylvania natural gas production, with Susquehanna County producing nearly a quarter of all Keystone State gas.

Let’s put that in perspective, though. Pennsylvania is the nation’s second biggest natural gas producer and we’re hard on Texas heels, accounting for 17% of all US production, compared to the Lone Star State’s just under a quarter share. This means Pennsylvania’s top four counties accounted for almost 12% of US production and little old Susquehanna County is responsible for more than 4% of all US natural gas production.

This is, of course, why Susquehanna County median household income went up 20.5% between 2009 and 2016, according to the Census Bureau, while adjoining Broome County, New York, rose only 9.3% and now lags Susquehanna County by 4.8%, after having been ahead of it in 2009. Could there be any clearer indictment of New York Governor Andrew Cuomo’s policies?