Turnabout being fair play, it’s a beautiful thing; Williams, developer of the Atlantic Sunrise pipeline is sunsetting the Lancaster Against Pipelines Stand.

“The Stand” had been sunsetted. According to the Houston Chronicle:

CONESTOGA, Pa. (AP) — A company building a $3 billion pipeline to carry natural gas is purchasing a southeastern Pennsylvania farm that has served as a base of operations for pipeline opponents.

Atlantic Sunrise pipeline builder Williams said Monday it has struck a deal with the owner of the 107-acre property near Conestoga, in Lancaster County. The purchase price wasn’t disclosed.

The property owners had allowed environmental activists to use a portion of the farm as a protest encampment. The site attracted anti-pipeline activists from around the country, including members of an American Indian tribe that tried to stop the Dakota Access pipeline in North Dakota.

Williams will use the property to drill under the Conestoga River.

The group Lancaster Against Pipelines says the sale is a “stark example of how much pressure” Williams exerts on private landowners.

The Lancaster Against Pipelines website makes no mention of the news as of 6:00 AM this morning. The group’s Facebook page acknowledges it, though, and includes a pathetic statement that it would “continue to stand with the community.” Lancaster Online covers it all here. 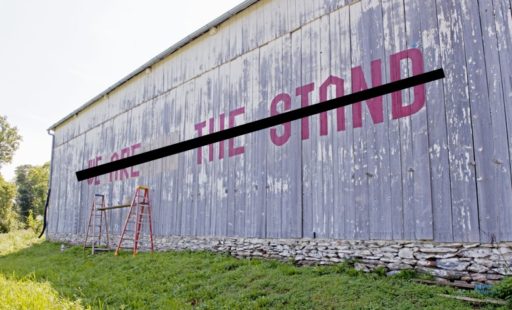 The reality, of course, is that the community has tired of Lancaster Against Pipelines. It’s no more than another relatively small group of malcontents, who have convinced themselves they, and they alone, are entitled to speak for the community.

What is particularly interesting is that Williams rose to the challenge of owners of the property where The Stand was erected:

“By reaching a mutually beneficial sales agreement with the property owner, Williams can ensure that the location of its planned horizontal directional drill is kept secure and that Williams employees, contractors and protesters remain safe during the extensive HDD mobilization and construction process.”

The Cappiellos had refused to sell Williams an easement for the pipeline and had been vocal opponents of the pipeline. They allowed opponents to use the farm as a base for opposition.

In a June interview with LNP, Susan Cappiello said the couple had hoped to build a dream home on it and that bisecting the farm would ruin it. She said at the time she and her husband had insisted Williams buy the entire farm if they wanted any part of it.

The Stand, a building to serve as a symbol of opposition, was erected in the pipeline right of way. Members of Lancaster Against Pipelines planned to dismantle it by Tuesday when the land would be transferred to Williams…

Williams for more than a year had sought easements on the Cappiello property for the pipeline and for drilling under the river. Specifically, Williams had gone to court seeking to condemn the property for a permanent easement of 3.5 acres, for a temporary easement of 5.9 acres and a temporary access easement for .35 of an acre.

Williams did the smart thing here. It tested the resolve of “vocal opponents” who claimed the Atlantic Sunrise pipeline would ruin their property (it will not as proven by the continuing farm use) and found it was all about the money. And, if Williams did pay $3 million (the reported asking price) for 107 acres with river frontage, the company got a fair deal as well, given the importance of the site and the value of such acreage in Lancaster County.

So ends The Stand. It has sunsetted. The malcontents will continue, of course, to do what malcontents do, but the focal point is gone. One wonders, in fact, if they didn’t know it was coming; explaining the sudden refocus on the property of the nuns who brag about their own natural gas use while set-righteously opposing anybody else doing so. If so, they have moved from one hypocritical stand to another.