Vic Furman talks about the price of obstruction when it comes to a NG Advantage project in Broome County and begs that leaders step up and stop the insanity.

Whenever natural gas comes up in New York discussions, truth seems to be the first casualty. Fossil fuels provide us with the power to live in cold weather climate, to get us to and from our jobs. Fossil fuels take our children to school and fossil fuels feed us and provide us with medicine and life extending technology. Fossil fuels even provide fuel to Google’s very large solar power array in the desert when the sun doesn’t shine. So, why the hate here in NY? This week was all telling about the fractivists still fighting against NG Advantage’s already approved transfer station in the Town of Fenton, Broome County. 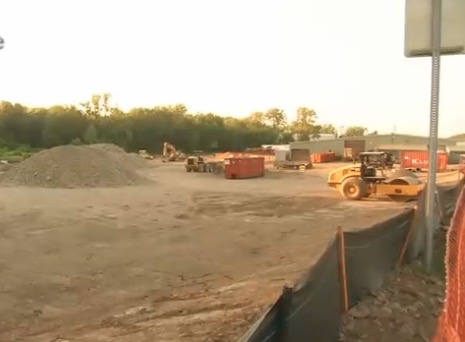 NG Advantage attempted to educate those fractivist opponents (roughly four dozen people out of a town of 6,000 or so) who were so loud in their objections to the plan to locate a natural gas transfer station on a service road already dedicated to industrial development. The company held public informational meetings that were attended by several local fractivists. They also organized and promoted a free bus trip to Vermont to see a working facility with hopes of quelling fears.

Sadly, though, and despite the fact NG Advantage offered as many buses as were needed free of charge, not too many were interested in learning the truth. In the end they could have fitted the people who took the company up on its tour offer in a 15 passenger van! That’s a measurement in my opinion of the actual concern within the area of the proposed transfer station, a very poor showing of community concern because their really isn’t much. Most readers of this blog know full well its not about facts with the antis; rather, it’s about promoting fear and opposition to fossil fuels no matter what.

I took a ride along the proposed site, using an I-pad to make a video. Note, I am not a videographer with any level of talent, but videos don’t lie unless edited and this is not edited. In the beginning, I mistakenly call the transfer station a pipeline. It is not pipeline but, rather, a transfer station. Enjoy the truth.

Also, notice there are not a bunch of homes near the site; there are very few, in fact, even on the way to the site. Albeit, at the beginning of the access road, before the American Legion, there are some homes but they are about a mile from the proposed site. The site was picked because it’s already zoned Industrial and is proximate to the Millennial Pipeline from which the gas will be drawn. Could there possibly be any better location?

Not only is the site an excellent location, but we know New York State is using more natural gas than ever and Broome County desperately needs economic development. Recently, in fact, Broome County Executive Jason Garner was on the local news telling viewers the county was in fiscal trouble with a fund balance of only $250,000. Here’s the video from WIZC FOX 40:

Garner is, once again, talking about job cutbacks and raising taxes on an already overtaxed community. Yet, here is what NG Advantage would offer, according to CEO Ricco Biasetti and take note how Garner courts NIMBYs in avoiding one of the obvious solutions:

“We hear the concerns of the Broome County Executive and want to say that NG Advantage is here to help,” said Rico Biasetti, NG Advantage CEO.

The company says the project will create 100 local construction jobs and an additional 150 full-time positions once complete. In addition, they say millions of dollars of tax revenue will be produced by the facility.

“We want to be a great partner to this community for years to come,” said Biasetti. “We’re looking forward to growing our team, making sure all potential and new employees understand how much we value their expertise and commitment.”

Along with the employment opportunities, the company says the facility will boost the economy through tax payments.

“All of that will be good for Broome County,” said Biasetti.

On July 1, he said that his concerns aren’t about the product, but the location.

“I use natural gas in my house and we have to find a way to get it to people somehow, but the placement of it, we have a lot of concerns about,” said Garnar.

NG Advantage has already received almost 100 resumes from job seekers and plans to be at local career fairs, including the 2016 Southern Tier Construction Career Day on October 4 at the Broome County Highway Department in Binghamton.

When are New York’s leaders going to get it? When are we going to stop playing special interest NIMBY politics and put the interests of the common good at the forefront? When will we stop trying to appease tiny bands of radical malcontents? When are we going to stop turning away opportunities to once again grow in population instead of decline and raise taxes on those left here? We’re already the highest taxed county in the highest taxed state in the lower 48. Turning away just one legitimate business sends a message to all others that New York is a distinctly unfriendly business environment and that they should look elsewhere! Turning down a cheap source of energy also sends another message that we’re too expensive a place to do business because of our high energy costs.

Call Jason Garner @ 607-778-2109 and tell him we want growth—not taxes—and NG Advantage is growth. Tell him to fight for us against the obstructionists. Stop the insanity! We can’t take any more of this. Don’t let a handful of bully fractivists hold us captive. “Sometimes you gotta fight when you’re a man.”