Governors of California, New York, et al have been issuing electoral platitudes that can only be expected to yield future energy trauma for their citizens.

Last week, New York City area utility Consolidated Edison notified regulators that, as of March 15, it would accept no new natural gas customers in Westchester County due to supply shortages.  It is possible that cutoffs in the City itself may follow.  While this is happening, New York City is requiring customers to switch out of dirtier burning fuel oil.  Most are seeking natural gas.

Already, over 5,000 buildings in the City have made the switch.  Meanwhile, as prior commentary in this blog has noted, New York Governor Andrew Cuomo and his administration have stymied all attempts to build a new pipeline that would be capable of supplying the City and other areas, like New England, with plentiful and inexpensive natural gas from the nearby Marcellus Shale region. 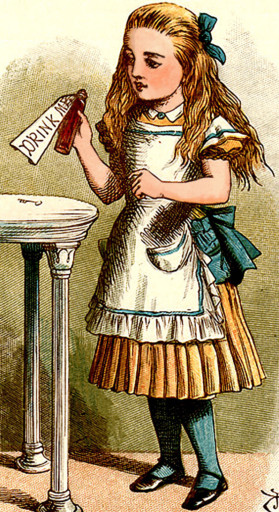 Once again we are seeing the Alice in Wonderland effects of New York State environmental incoherence.  It desperately needs energy to grow, and also to improve environmental air quality, but does everything possible to prevent that energy from being available.

New York’s inconsistent energy policies make Amazon’s decision to build massively in Long Island City quite curious.  The metropolitan New York area has numerous advantages, but it simply may not have access to enough energy needed to power the growth it seeks.

The energy dilemma cannot just be wished away.  The implications of not building pipelines and securing our energy future are real and starting to bite.  Without reliable energy supply, regions can’t grow.  Without growth, there will be no jobs for an expanding population.  Intellectual discussions and arguments about the large job opportunities available in the renewable sector are nice, but where are they?  More to the point, where is the consistent supply of energy that will be provided by these renewable sources?

Out west in Oregon, newly reelected Governor Kate Brown, who ran on a progressive, clean energy platform, faces a challenge from her left with a new Clean Energy Jobs bill.  Back in 2007, Oregon set goals for reducing its carbon emissions in 2010, 2020 and 2050.  It met its goals for 2010 but admits it will not do so for 2020.  In fact, the Oregon Global Warming Commission predicts the State will over-pollute in 2020 by 20%.  There is an interim goal for 2035, but lawmakers may choose to ignore that and concentrate on 2050.  This has environmental advocates alarmed.

Ironically, one proven way for the environmental advocates to reduce CO2 emissions is through increased use of natural gas.  They have not been inclined to accept that option, however, putting all their eggs in the basket of renewables.  Governor Brown then likely will face the problem Governor Cuomo faces.  She will run a left-leaning state with a well-meaning yet unrealistic program for achieving goals about which most of us can agree.  Governor Cuomo has chosen one path.  It won him electoral platitudes but now faces future trauma.  It will be interesting to see which way Governor Brown goes.

In Pennsylvania, the long battle over the Mariner East 2 pipeline appears over.  Last week the Public Utility Commission ruled that a landowner group had failed to show that safety concerns necessitated an emergency shutdown of the pipeline.  In typical fashion for this matter, two days later another sinkhole exposed a section of the older Mariner 1 pipeline.  Chester County emergency service officials stressed there was no damage to the pipeline and no danger, but the entire situation continues to be messy and delicate.  It does not help public perception that a horrific gasoline pipeline explosion in central Mexico predated the Mariner 1 sinkhole occurrence by a few days.

Internationally, and ironically, the country with the world’s largest proven oil reserves, Venezuela, falls deeper and deeper into turmoil.  President Nicolas Maduro’s security forces put down another mini-uprising Monday, but nationwide demonstrations have been called for Wednesday, the anniversary of the end of the most recent military dictatorship in 1958.  Venezuela’s oil production has plummeted along with the rest of its economy, and President Maduro has given away large amounts of it to Russia in exchange for needed foreign reserve to service its enormous debt.

Despite starving his nation, Maduro retains the loyalty of large segments of the military command. Those commanders don’t carry the guns that fire on the starving people, however. The weapons themselves are in the hands of individual soldiers commanded on the street by junior officers. It remains a confounding question as to why the opposition, which still exists in Venezuela, has been so unsuccessful in convincing the junior officers that their long term interests do not lie with Maduro and the senior military commanders but with the starving people in the streets.

Of course, should Maduro’s regime eventually fall, it would set in motion the need for some fancy diplomatic footwork and military readiness, something neither the Trump Administration, nor its predecessor, have shown much capability to implement. Under those circumstances, energy markets would be thrown another huge curve ball. Both our government and companies retaining any interest in Venezuela, either directly or indirectly, should be planning for these scenarios right now.