Community organizers financed by elitist tools such as CCAN are training pipeline protesters to trust in tunnel vision and go extremist with their tactics.

Fractivists imagine their irrational concerns are the only ones that matter. That’s why they’re so easy to manipulate, organize and train to do stupid tricks. They have tunnel vision that makes them easier to herd. A couple of examples from Virginia serve to illustrate. One has to do with the Atlantic Coast Pipeline and the other is about the Montain Valley Pipeline, both of which have faced irrational opposition by a combination of fanatics and NIMBYs affected by this disease.

Interestingly, the news about the Atlantic Coast Pipeline comes via FrackFeed, a project of Texans for Natural Gas (which is a great site, by the way):

We hear it all the time from anti-pipeline activists. “This is about local people rising up and protecting the environment!” It’s really about professional protesters flying in from out of state and trashing the place – and now the activists aren’t even hiding it.

In Virginia, a handful of True Believers are fighting the Atlantic Coast Pipeline, which – if it’s not stopped immediately – runs the risk of creating over 17,000 construction jobs and generating $28 million per year in new local tax revenue. 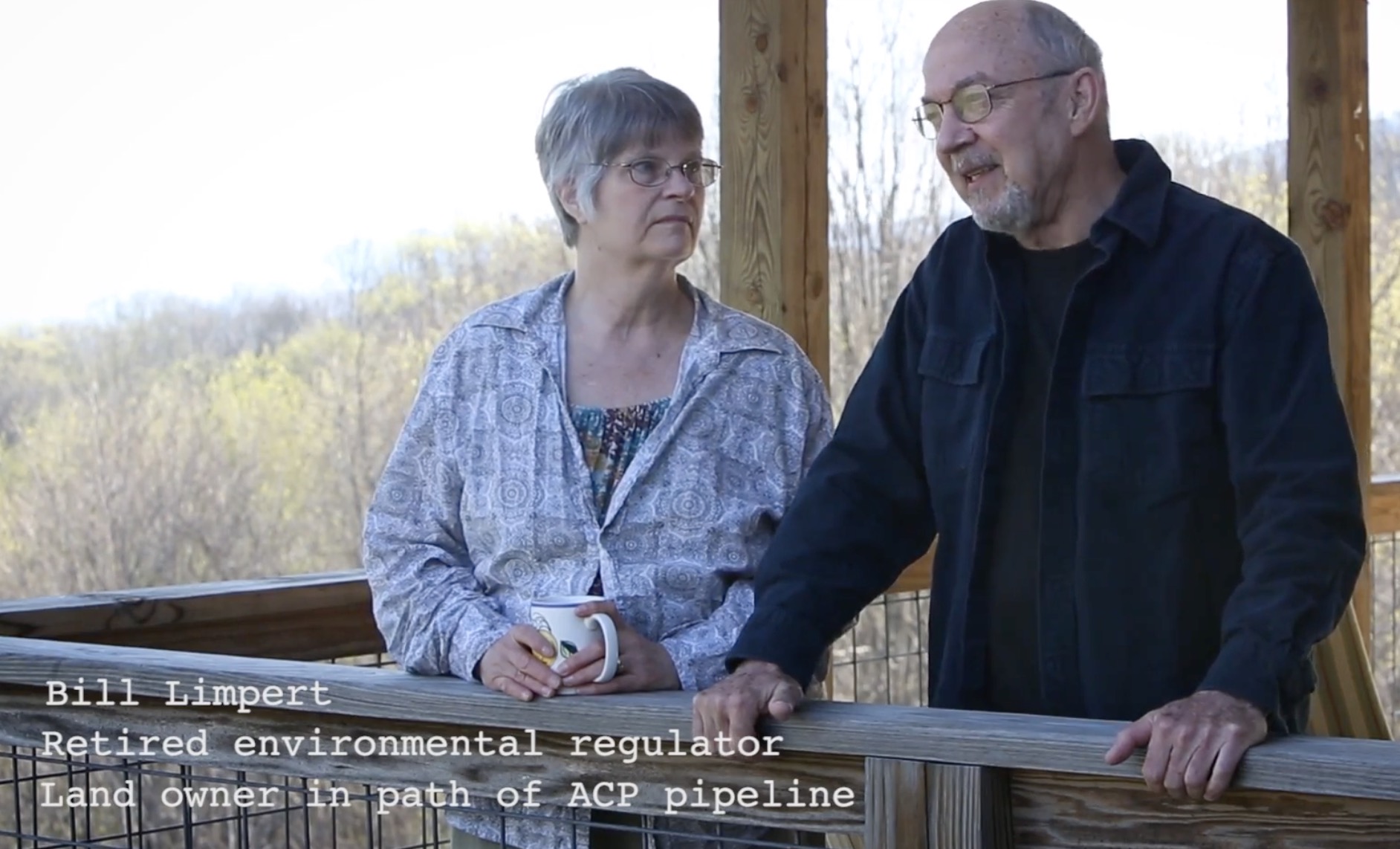 Opponents are apparently not very good at what they’re doing, though, because they’re now calling in outside help: They recently invited their fellow anti-pipeliners from all over to come stay in their “encampment.” The invitation to the anti-pipeline party actually came from the Chesapeake Climate Action Network, which is fittingly not headquartered in Virginia; it’s based in Maryland (and one of the contact numbers in the release is a Wisconsin area code).

That’s gotta be a fun conversation. “Hey mom and dad, can I travel a few hundred miles for a sleepover in an ‘encampment’ set up by people we’ve never met? We’re gonna talk about climate change and bang drums and stuff.”

Okay, that’s not entirely fair. According to the news release, they will also “share the beauty of our old growth forest” and “walk under the ancient trees.” Sounds like the perfect alternative to a steady job!

For people who follow these nutty anti-pipeline events, this influx of out of staters isn’t anything new. After activists left behind a mountain of trash from protesting the Dakota Access Pipeline, they tried to do the same in West Texas. They failed miserably, partially because a bunch of folks who actually live in West Texas pushed back. Apparently, they didn’t want to see vandalism, abused animals, and property damage in their own back yard.

Are you ready, Virginia taxpayers? Because here they come.

What was most interesting about this post is the reveal that CCAN is doing the training of these folks and, of course, we know CCAN is funded by, among others, a gentry class artist from Boston, not to mention the Rockefeller family. The CCAN invitation, in fact, says  this:

The encampment — called “No Pipeline Summer: Camp to Save the Limperts’ Land” — is expected to draw hundreds of short- and long-term campers who will maintain a continuous presence on and along the proposed route of Dominion’ Atlantic Coast Pipeline for the duration of the summer and into the fall. The protest is expected to draw concerned citizens from across the state and region, including high-profile public leaders and national celebrities, to this exceptionally iconic landscape directly in the path of Dominion’s unneeded and harmful fracked-gas pipeline…

The Limperts were joined by leaders of the Chesapeake Climate Action Network, which is helping to coordinate the encampment and also involved in lawsuits against the Atlantic Coast and Mountain Valley pipelines…

“Ultimately all of us are at risk from the catastrophic impacts of climate change that this and other natural gas pipelines would bring, so it is important to come together to draw attention to what is at stake,” said Limpert.

So, why are CCAN and its vassals involved? Is it preserving the “unique old growth forest” (as they claim in their headline) or stopping climate change or something else? My vote is with something else. It could be special interest hedge fund investments in “clean energy” by the funders of the organizers, power, prestige, virtue signaling, plain old NIMBYism or a combination of all these.

Certainly, the idea that it’s really climate change is ludicrous given what natural gas has done for lowering our CO2 emissions further and faster than anyone else. Likewise, a look at the two redundant videos accompanying the CCAN news release shows anything but unique or old growth forest. Moreover, Virginia has gained 133,000 acres of forestland since 2001 according to the U.S. Forest Service, and pipelines support more wildlife than a woods like this, so who cares? 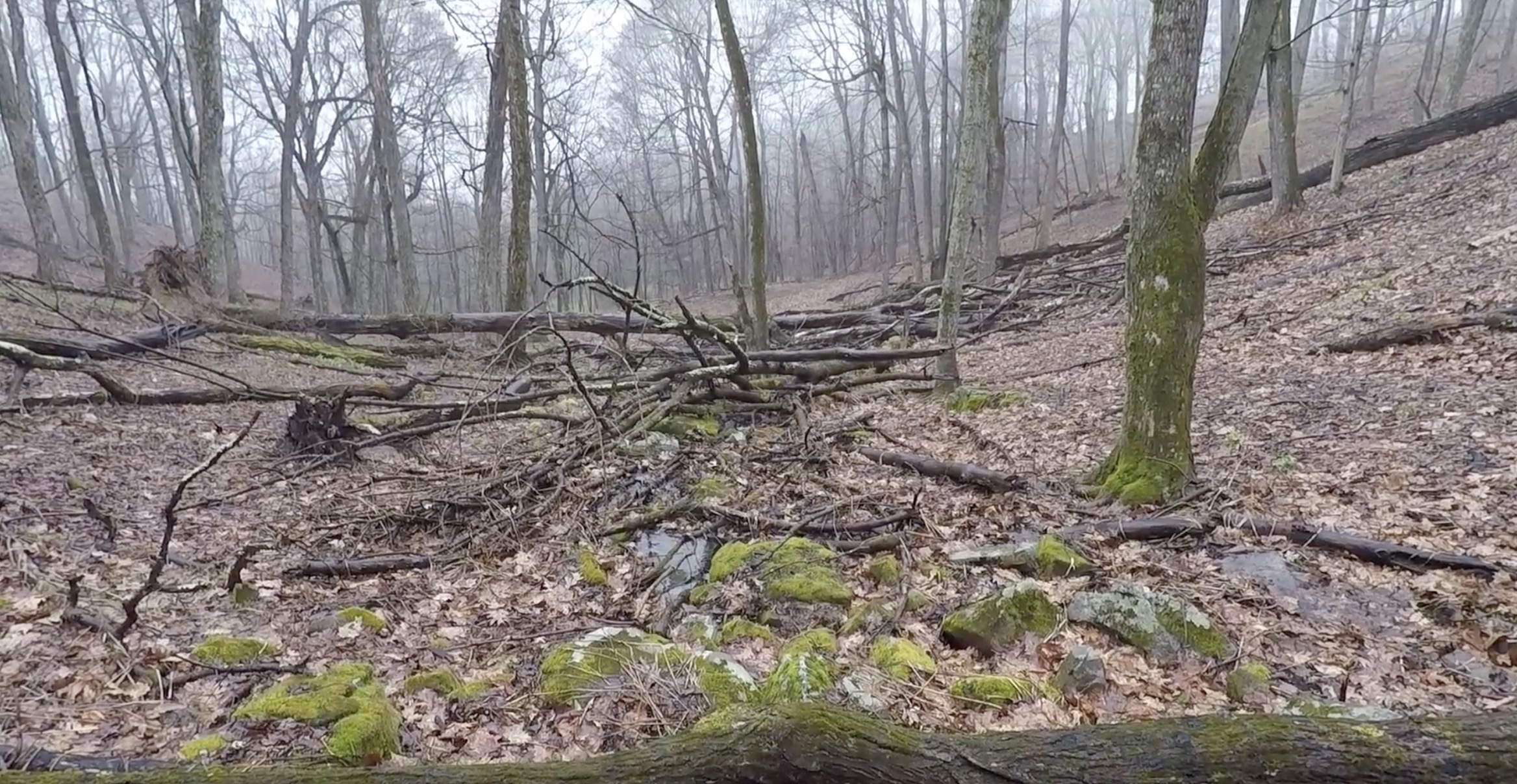 This is “unique old growth” forest? Gimme’ a break!

What we do learn from the videos, though, is that Bill Limpert is a “retired environmental regulator.” A little more research takes us here, where we learn this:

William Limpert holds a B.S. degree from the University of Maryland. He performed stormwater management reviews and inspections for the National Capital Park and Planning Commission and worked with the Montgomery County Department of Environmental Protection on floodplain projects. He worked for the Maryland Department of the Environment for 28 years, performing inspections and enforcement duties pertaining primarily to erosion and sediment control, stormwater management, and waterway construction.

That’s interesting; Bill Limpert is another Marylander magically transported to Virginia where he apparently now has his piece of God’s country and is damned determined that nothing will interfere and no one else’s concerns or needs will ever rise to the level of his own or, frankly, matter at all. Bill Limpert is the perfect patsy for CCAN and its funders. There’s no tunnel vision like NIMBY tunnel vision coming from a guy who’s worked for the government his whole life. The only thing better is a trust-funder or an academic.

That brings us to our second illustration with respect to impaired vision pipeline protesters. Her name is Emily Satterwhite and she’s a professor at Virginia Tech who decided she wanted some free attention and locked herself to the boom of a piece of pipeline equipment as her comrades (fellow pipeline protesters) “played Bach on a cello in a vain attempt to drown out the noise of heavy earth moving equipment.” Nice touch, I must admit, but really?

It’s hard to tell, but it sounds like she may have brought students along for the 14 hour fiasco, as they appeared to say “Thank you, Miss Satterwhite” towards the end. Southern manners, you know.

Anyway, Emily Satterwhite is an Associate Professor in the Department of Religion and Culture at Virginia Tech ($40,842 per year for out-of-state students). She’s currently doing “a study of the appeal of backwoods horror films, 2000-2015.” She once also wrote an essay called “Backwood Slashers and the Politics of White Masculinity.” It’s now published  as an essay titled “The Politics of Hillbilly Horror,” in a book by the name of “Navigating Souths: Transdisciplinary Explorations of a US Region,” which can be purchased for $64.95 at Amazon, although I’m passing. Here’s how Emily’s work is described elsewhere:

Emily Satterwhite’s reading of the “hillbilly horror” Wrong Turn 2: Dead End ( Joe Lynch, 2007), in which the devastation of southern Appalachia by capitalist mountaintop coal removal casts the impoverished cannibals as “victims of a toxic post-industrial landscape,” underscores the neglect— and abuse—of the domestic home front in the name of military spending. The United States’ dependence on fossilized energy sources to maintain—and motivate— its military-industrial complex maps a different kind of domestic conflict zone onto mining communities in which energy companies commit slow murder.

That tells us all we need to know about Emily Satterwhite (earned $66,292 from Virginia Tech for 2014-15) and what she really thinks of the people and culture she studies. It’s a horror show to her. She thinks of Appalachian residents as folks who must be retrained to exercise tunnel vision like her own or, better yet, put under the care of people like herself. No thanks.

Such is the nature of so many pipeline protesters; narrow minded, ideologically straight-acketed, politically correct, out-of-touch, selfish and always, always, so, so starved for attention.