No aspect of fractivism is so prominent as its intolerance for others. Its adherents are haters of other opinions, not to mention others’ property.

Fractivism is, I submit, a mental illness, an inability to operate in civil society where compromise and tolerance are essential to survival. It is uncompromising, intolerant and zealous in what can only be called hatred for the opinions and property of others. Feelings of guilt are at its root, guilt at living well without having done much to achieve it and an extraordinary desire to compensate with virtue signaling.  The less this signaling is noticed by others, the more outlandish it becomes as a way of attracting attention.

The evidence fractivism is an illness is everywhere. Consider Youngstown, Ohio, for example, where voters who have rejected one of the CELDF’s unconstitutional “community rights” referendums five elections in a row are tormenting other voters with a sixth attempt simply because they can and are unwillingly to take “no” for an answer. They are led, behind the scenes, by Tom Linzey, the CELDF maestro, a spoiled child who’s always lived off a system, without a real job of any kind; a system he is determined to overthrow. Jackie Stewart chronicles that saga here. What possesses these people, if it’s not a mental illness that drives them to repeat the same behavior over and over again for the sake of bringing attention to themselves?

Then, there’s the folks out in North Dakota (not North Dakotans but fractivists who swarmed there from everywhere else) protesting the Dakota Access Pipeline (DAPL). They attacked Phelim McAleer and Magdalena Segued when they attempted to cover the protests:

Protestors threatened to slash tires, break into the car, seize filming equipment. Journalists were trapped in their car until massive police presence led to their release…

It started with one protestor grabbing McAleer’s microphone mid-question and physically assaulting him.

Others joined the attack forcing McAleer and his colleagues to flee to their car intending to leave the protest camp.

However the car quickly became surrounded by a mob with a pack of dogs and sticks who also used three vehicles to block in the journalists preventing them from leaving the camp.

The mob became increasingly violent ordering the journalists out of their car warning of the consequences of refusing to get out.

At one point protestors started to shake the car and punched the windows. They also stated they were going to destroy the film equipment and any footage gathered.

Once again, it’s the same sense of entitlement to disrupt others’ lives, the same “my way or no way” childishness; acting out to bring attention. There’s a total absence of maturity combined with a zealous pursuit of public attention. It’s virtue signaling in high gear, as opposed to the garden variety form on display here. 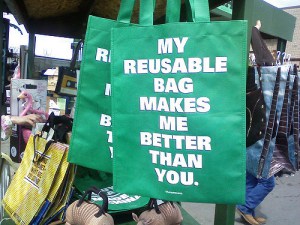 There’s also the increasingly bizarre claims put out by spoiled trust-funder Ramsay Adams, otherwise known as the Catskill Mountainkeeper. Given this title and employment by his NRDC gang father, John Adams, Ramsay is apparently starving for credibility in the real world. He just put out an e-mail under the subject “Help Mountainkeeper Stop the Bomb Trains.” Bomb trains? Yes, that’s what he says (emphasis added):

Bomb trains carrying massive amounts of fracked oil from the Bakken oil fields in North Dakota and tar sands from Canada, are cutting across New York State on the way to the Port of Albany and nearby transfer yards, and then down the Hudson River corridor to East Coast refineries…

Industry has chosen trains as the best form of transport for this oil because there are no pipelines currently located along this route, and trains are seen as the cheapest and easiest way to bring product to refineries for processing. As much as 1,000 miles of New York State’s 4100-mile rail network is part of this virtual pipeline from North Dakota and Canada…

Bomb trains present a clear and serious danger to communities in 22 New York counties – from Buffalo to Albany and in all the towns that flank the west side of the Hudson River. These trains roll along tracks in New Jersey that are just a few miles across the river from New York City…

And let’s be clear: a great deal of this oil will not be used by or benefit New Yorkers. With last year’s lifting of the U.S. oil export embargo, much of this oil may be destined to head overseas, leaving New Yorkers to bear the brunt of the catastrophic risk to our communities and natural resources posed by its transport so that oil companies can profit by selling product to lucrative overseas markets…

As we’ve said before, bomb trains are regulated by Federal agencies, but we are nevertheless making progress on the portions of approval processes that are controlled by New York State…

Right now, Mountainkeeper needs your financial support so that we can prepare for this regulatory process.

The bottom line is that bomb trains—along with other forms of dirty and dangerous oil and gas transport and processing–endanger the health of our families and communities and threaten the integrity of our air, water, and other natural resources. We must stop the efforts of the oil and gas industry to turn New York State into a major fossil fuel hub, and redouble our investments in safe and sustainable renewable energy sources, so that we can prevent the worst impacts of climate change and build a clean and prosperous energy future.

Ramsay managed to use the phrase “bomb trains” eight times in his fund-raising email, blaming them on the lack of pipelines he also fights vigorously. Public safety, therefore, is hardly his principal aim. Yes, there can be a safety issue with trains hauling oil, as a Canadian accident he cites demonstrates, but where does one get the hutzpah to say it’s because we have no pipelines when he is the principal opponent of such pipelines? Where is the logic in that? There is none, of course. Ramsay has excused himself from the responsibility to exercise responsibility. The Mountainkeeper organization is one the NRDC gang’s spears in its war to make a wilderness of Upstate New York and its task is to motivate others of similar ilk from the world of fractivism. 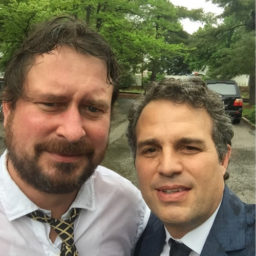 This is what is especially sick about fractivism; it is funded by extraordinarily wealthy special interests who know exactly who they’re using to do their dirty work and how to motivate those immature minds. Vivian Krause documents the role of of the Rockefeller family (which is also the NRDC gang) in fighting the very Canadian pipelines Ramsay Adams admits are the safer alternative for delivering oil. Read the whole thing and how the Rockefellers and the unaccountable Tides Foundation are manipulating everyone, exploiting a whole set of intolerant dupes incapable of making their own way in civil society.

Yes, fractivism is a sad world of malcontents, exploited by others and incapable of seeing it or dealing with others who might hold different opinions. They wail, they throw things and their enablers give them att-a-boys and more toys in return because spoiled children do have a way, in a world where parenting is lacking, of getting their way.

11 thoughts on “The Stark and Utter Intolerance of Fractivism”