The water quality database being built up by the Susquehanna Basin River Commission or SRBC is, whether or not they realize it, destroying fractivists.

Another day, another week, another study, and the waters of Pennsylvania continue to flow unabated and unaffected by natural gas operations. It’s getting rather redundant, but the more environmentalists look for evidence that operations in the Marcellus Shale negatively affect water, the more evidence is piled on to the contrary by one river basin commission actually doing its job – the SRBC.

The fact that responsible drilling and hydraulic fracturing does not pollute watersheds should be old news by now, especially after the EPA fracking study, but protests continue undeterred and oblivious to the growing library of facts, the latest of which comes from the Susquehanna River Basin Commission (SRBC). 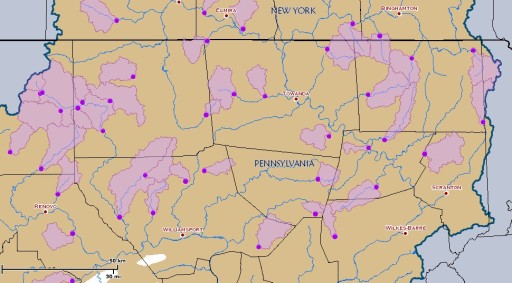 In other words, the SRBC didn’t tell them what they wanted to hear. Instead, the SRBC gave them the truth: there was no evidence that Marcellus Shale operations impacted watersheds. Here’s SRBC Executive Director Andrew Dehoff:

“The Commission takes very seriously one of its core functions of monitoring water quality conditions in the streams and rivers of the Susquehanna Basin. This third report provides more information on the data collected as part of the Commission’s effort to evaluate whether or not water quality conditions in streams are reflecting impacts associated with natural gas drilling.”

The study used data collection equipment and sensors to measure water quality at 58 different watersheds every five minutes from 2010 to 2013. Ten of the watersheds were monitored in New York, which at the time did not (and still doesn’t) allow hydraulic fracturing.

The SRBC press release notes the key points of the study: 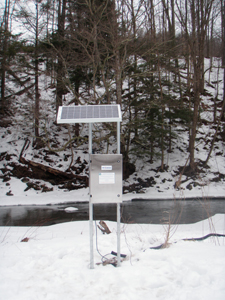 Interestingly enough, according to the Daily Review article, SRBC Monitoring and Protection Program Manager Jamie Shallenberger noted the monitoring stations did pick up impacts from “acid mine drainage and agricultural activity.” It turns out cows have a greater impact on watersheds than natural gas activity. Perhaps Marcellus Shale Coalition president Dave Spigelmyer said it best after issuing the following statement regarding SRBC’s findings.

“Once again this year, SRBC’s data – as well as other studies, including EPA’s exhaustive hydraulic fracturing study released in June – not only reflects the strong, rigorous and modernized regulations in place that ensure environmental protection but also the industry’s focus and commitment to continuous operational improves, especially related to groundwater protection and effective water management best practices.”

The SRBC plans to continue to monitor existing stations as well as install new ones along more watersheds, which will likely only add to the already mountainous heap of evidence and facts that go against the thinking of fractivists.

9 thoughts on “SRBC Piles Up the Evidence Against Fractivists”