The Spedie Fest & Balloon Rally in Binghamton this past weekend was an opportunity for Vic Furman to educate others on solar energy vs. natural gas.

Binghamton’s Annual Spedie Fest & Balloon Rally that took place this past weekend at Otsiningo Park was, as usual, a wonderful event. For you flatlanders, a Spedie is something special to the culture of Binghamtonians like me. “Spiedies are small pieces of marinated meat (lamb, chicken, pork or beef) that can be skewered and then grilled.” This year’s event, the 33rd, was complete with not only unimaginably good eating opportunities, but also options to visit various vendor booths, including those promoting different things; things such as solar energy. I couldn’t resist. 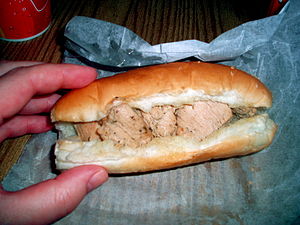 I noticed, at a distance, at this years Spiedie Fest a young woman sitting at a booth on behalf of “Solar City.” I’m not sure if she represented the company, an agent/contractor or just herself, but I took immediate interest as someone who has repeatedly, in advocating for natural gas, been told solar energy is somehow preferable.

I heard this young lady talk with several visitors to her booth. She kept exclaiming solar energy to be a “clean energy” great for the environment and reducing the electric bill. When I saw no one at her booth I introduced myself and asked her if she knew who I was. When she said “no,” I suggested her employer probably did know me, giving her a bit of warning that I might have a different opinion..

I started the conversation by saying “I am not here to attack your role, but just to engage you in some conversation, so you can decide when we stop.” She agreed. I asked her a very simple question: “Why does your sign say ‘Go Green with Clean Solar Energy’ when solar is not a clean energy delivered directly from the sun to us, but has a dirty middle man called solar panel manufacturing?” I suggested she was, by claiming solar energy to be a clean energy, not really giving a good faith honest sales pitch to the people visiting her booth.

To my amazement she agreed—perhaps just to get rid of me—but I still went on to explain to her why I made the statement about solar panel production and how billions in subsidies from USA taxpayers still couldn’t save Solyndra and at least 15 other major solar panel and solar battery manufacturing plants in the US.

I brought up the failed taxpayer funded “Buffalo Billion” initiative Governor Cuomo instigated with other people’s money a few years back and the fact the plant has, in fact, failed to make $1.00 on its own having not only squandered our billion but another billion and a half of others’ money since it opened.

There wasn’t much more to be said but I was pleased with this woman’s openness to at least discussing the issues rationally, which is exactly what we need if we are to get past New York’s head-in-the-sand energy policies that depend on gas without letting us produce it ourselves in the Southern Tier where we need the economic development. I did agree that when solar became self-sustainable without adding taxes on already overtaxed New Yorkers, then, by all means ,it should be part of our energy mix and would sell itself.

I offer this anecdote in hopes others of a similar view to me will also engage those on the other side. Not everyone promoting renewables is a crazed fractivist. Some are, just like us, open to rational discussion and its discussion we need to have. It’s a speedy way to get to the truth. Engage!

5 thoughts on “A Spedie Moment of Truth on Solar Energy”