Judge in Dimock case orders new trial; plaintiff’s evidence was based on speculative testimony and unable to support the conclusion of the jury.

Last week, Judge Martin Carlson of the Middle District of Pennsylvania kicked asunder one of the pillars of the “Fracking Is Evil” movement when he vacated the jury award of $4.24 million to the plaintiffs in the case of Nolen Scott Ely v. Cabot Oil & Gas Corporation.   The jury verdict, in a case actually tried before Judge Carlson, is the culmination of the now famous Dimock, Pennsylvania situation made famous by “environmental activists” like Josh Fox, Susan Sarandon and Mark Ruffalo.  To the movement, “Dimock” has become synonymous with industry negligence and malfeasance.  Judge Carlson’s opinion now casts doubt on that characterization. 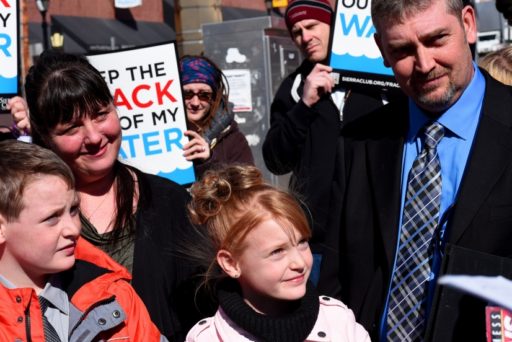 Procedurally, Judge Carlson threw out the jury verdict and ordered an entirely new trial.  He did not grant Cabot’s wishes for a judgment in its favor notwithstanding the verdict, but he did make very clear that the jury’s verdict was completely unsubstantiated by the evidence.  He also instructed both sides to negotiate a settlement in good faith to avoid the cost and aggravation of a new trial.

Reading the 58 page opinion, what is abundantly clear is the Judge’s exasperation with the way the plaintiffs’ handled their case.  Right on page one, Judge Carlson wrote “(c)onfusion erupts when a party fails to see their case as it is, but instead persists in attempt to present the case as they wished it to be.”

This only was the first of the rhetorical broadsides the Judge fired at the plaintiffs.  On page 9, Judge Carlson wrote that never in his 36-years as a federal court litigator and judge had he ever witnessed a litigant act with such disregard to the rules of trying a civil court case as the plaintiffs in this one.  The plaintiffs “wholesale discovery default” constituted “an unprecedented event in our experience.”

Judge Carlson’s rulings were as follows:

The ­Ely ruling came just one week after a decision by the Middle District in the case of Wayne Land and Mineral Group, LLC v. Delaware River Basin Commission.  While the ruling in that case went in favor of the DRBC in their assertions that they can regulate fracking within their geographic jurisdiction, Judge Robert Mariani used the majority of his opinion to excoriate the DRBC for its claims and obfuscations.  At one point, Judge Mariani wrote that “(d)espite the DRBC’s best efforts to side-step [the ultimate issue]” he would actually address it, and at another the Judge noted that the DRBC’s argument “invite an interpretive conundrum”.  And the DRBC won the decision. 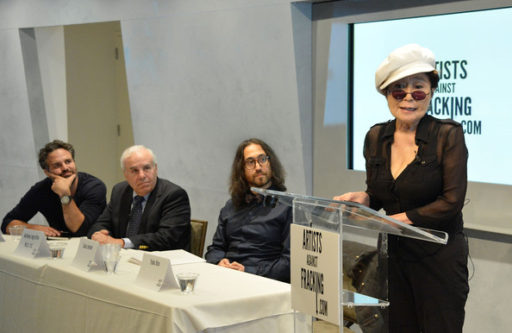 In Ely, Judge Carlson also was unsparing to the plaintiffs.  He saved much of his harshest criticism, however, for the plaintiffs’ experts, hydrogeologist Paul Rubin and Dr. Anthony Ingraffea, professor emeritus of engineering at Cornell University.  Neither Mr. Rubin nor Mr. Ingraffea performed any testing upon which to base the opinions they attempted to give at trial.  This led Judge Carlson to write that these expert witnesses “offered opinion testimony that came perilously close [to] speculation and at best were inferences that had weak factual support.”   By contrast, Cabot’s expert, Dr. Tarek Saba, performed extensive testing.  He gave testimony that Judge Carlson characterized as “uncontradicted evidence that undermined the plaintiffs’ very theory of liability in this case…”

From a broader perspective this scientific cognitive dissonance may be the most troubling aspect of the Ely case.  True, the jury believed the uncorroborated and speculative testimony of the plaintiffs’ experts.  The greater problem, though, is that the plaintiffs thought it sufficient to bring to Court two men claiming to be “experts” who had done no scientific testing and did little but engage in unsubstantiated speculation.

Supporters of hydraulic fracturing conclude that the process is good for America and the World.  On balance, when you look at the costs and the benefits, including substantial environmental benefits to the alternatives, proponents conclude that fracking is good.

Opponents know that it is bad.  How they know, they don’t say.  But they know.  In support of that certainty, they will do whatever is necessary to ban the process and the pipeline buildout necessary to fully utilize it.  They showed that in Federal Court in Ely.  Beyond that, look at the disgraceful remnants of the Dakota Access Pipeline protesters who left tons of garbage, at least 14 abandoned animals and human waste at the campsite after their protests ended.   The “environmental activists” didn’t seem to care that they left their refuse in a flood plain just in time for the spring thaw to send all that garbage and fecal matter into the local water supply.  That’s some concern for the environment.

Hydraulic fracturing will not occur without problems.  There will be environmental degradation and accidents.  It is after all an imperfect and very human endeavor.  Environmentalism on the other hand borders perilously close to religion.  No empirical evidence is needed, even in a federal court.  All you need is a certified “expert” who can pontificate without data.  To not believe is heresy.

Thanks to the federal courts, the pushback has begun against the Church of Environmentalism.  There is a very important role to be played by true environmentalists and the respective State and Federal Environmental Agencies when it comes to energy policy.  We all are diminished, however, when real science and honest discussion are no longer permitted.  Instead, they are replaced by empty environmental catechisms repeated by true believers who are unwilling to even consider alternative viewpoints or contradictory evidence.