Democrat State Senator John Yudichak represents Carbon and Luzerne Counties in Pennsylvania. He is a staunch friend of the trades and a fan of natural gas. He also speaks his mind. He just wrote a terrific op-ed for the Easton Express-Times (LehighValleyLive.com). It’s truly a must read and we offer up the Senator’s words below for your enjoyment.

It wasn’t that long ago that President Barack Obama highlighted the value of natural gas as a bridge to a clean energy future. Standing before Congress in 2014, Obama underscored the importance that natural gas played in our economy by reducing carbon and mitigating climate change, while moving away from carbon-heavy energy sources like coal and oil.

The science was clear then, and even clearer today. 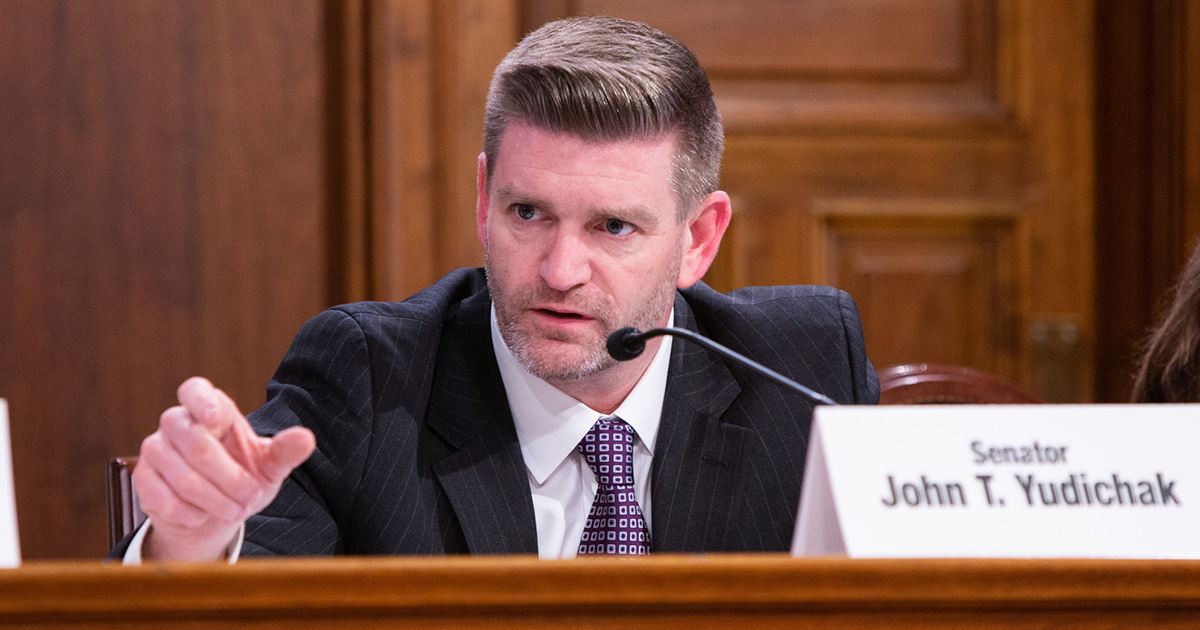 The United States continues to lead the world in carbon emission reductions thanks to natural gas. The industry is powering millions of high-paying union jobs, bringing manufacturing back to the U.S., and lowering energy bills by hundreds of dollars per year for customers.

These are noble achievements that can and should be embraced — economic development through private infrastructure investment, looking out for the working class, strengthening union halls, and improving air quality.

The promise of wind, solar, geothermal and battery technologies are certainly encouraging and costs are coming down to make them more competitive with traditional resources. That’s a good thing. Deploying them responsibly as part of a balanced and affordable grid is crucial. As a member of the Pennsylvania Senate, I’m proud to have advanced renewable energy standards in our state.

The problem is, I worry about where the national conversation is taking us on energy.

Using soundbites about ending natural gas with calls for immediate reliance on carbon-free sources is not only technologically impractical, it creates false political narratives and litmus tests that infect responsible policy-making.

We must be honest with voters that ramping up renewables too fast will add massive cost burdens for families, seniors and businesses.

Sooner or later, bad policy makes for bad outcomes. And I fear the call to end natural gas sets us up for failure, inhibiting actual progress in the real goal of fighting climate change.

Take New York, for example. Years of delays in constructing new natural gas pipelines have created an energy reliability crisis of their own making. Gas utilities are unable to take on new customers in the shadow of the world’s most famous skyline. Oil-to-gas furnace conversions have stalled, pumping out higher carbon emissions. Middle class residents in Brooklyn, Queens and Long Island who poured their life savings into opening businesses, have found their American dream turn into a nightmare without access to energy.

Recently, regulators there have acknowledged the obvious — the state has a reliability problem. Six Democratic senators ignored the short-term political blowback and urged state regulators to approve new natural gas pipelines. Worse, Gov. Andrew Cuomo, in response to the growing crisis recently said, “How did we get here?” I will tell you how it happened. Cuomo is refusing to let much-needed natural gas pipelines to be built.

New Jersey appears to be following the same path. Gas utilities told state regulators in October filings that delays in building new natural gas pipelines are creating “a very real public safety issue,” as the state is projected to run out of gas two winters from now according to an independent Levitan Associates analysis.

The unfortunate political consequences are showing as well. The president of one of New Jersey’s largest building trades unions said “the Democratic Party sides with environmentalists more than building trades.” A key leader from the National Action Network in Newark said dramatic shifts in energy policy would take more “money out of the pockets that many don’t even have.”

New Jersey should not follow in New York’s footsteps. It should do the responsible thing and allow needed pipelines to be built.

I propose a refocus on what’s achievable, affordable and progressive. Policy making that risks blackouts, cold homes and higher costs for middle class working families, and even forcing the use of higher carbon-emitting energy is not the right path.

President Obama was right five years ago, and the benefits still hold true today. Recognizing the value of clean, low-cost and reliable natural gas will help pave the way for a clean, low-carbon future in the years ahead.