SolarCity, part of the Buffalo Billion Boondoggle engineered by the corrupt Cuomo administration, becomes a bigger boondoggle by the day.

Although we’ve monitored the SolarCity debacle here and the media is full of reports regarding Preet Bharara’s investigations of the Buffalo Billion deal, which may well yet bring down the crime boss himself, no one has done a better job of recording the slow motion collapse of the boondoggle than Jim Heaney at Investigative Post. He is now out with two more reports showing what a phony deal the whole thing is. It is cronyism, corruption and political correctness rolled into one, but what is, perhaps, most interesting is the lessons it provides regarding the futility of massively subsidizing renewables when inexpensive, clean, low-carbon natural gas is available to do the same thing and simultaneously invigorate an Upstate economy desperately needing it.

The big news of late on SolarCity, of course, is the announcement that job creation associated with the project will only be a third of what was originally forecast. You can read all the details here but, check out these highlights (emphasis added):

SolarCity has sharply reduced its job creation commitment for the solar panel manufacturing plant under construction in Buffalo from 1,460 to 500 jobs, according to state records and filings the company submitted to the Securities and Exchange Commission last fall.

The company remains committed to a total of 1,460 jobs in Buffalo, but the majority of them will not be employed at the plant. Documents do not specify what kind of jobs they might be.

…The changes have been noted in the details of public documents since last fall, but have not been otherwise disclosed by state or SolarCity officials…

The reduced manufacturing job commitment represents a setback for the project, the cornerstone of Gov. Andrew Cuomo’s Buffalo Billion program. The state is investing $750 million to build and equip a 1.2 million square foot plant for SolarCity, which has been touted as the largest solar panel manufacturing plant in North America.

The revised manufacturing job commitments are in marked contrast to numbers detailed in previous SolarCity filings with the SEC, an earlier agreement between the company and state, and public statements by Cuomo…

The changes agreed to last fall that reduced the number of manufacturing jobs in Buffalo from 1,460 to 500 also involved an increase in direct jobs statewide from 3,500 to 5,000 within 10 years.

…While the governor and other state officials have continued to praise the SolarCity project, they have not publicly disclosed the reduced jobs at the plant at Riverbend, save for the posting of a revised agreement on the website of the Fort Schuyler Management Corp., which is managing the project.

Notice how SolarCity is playing with the numbers in the same way Congress does budgets; by promising the good stuff down the road…way down the road where it can’t be challenged because its only a projection. The projected installation jobs 10 years from now mean nothing, of course, unless New York continues to massively subsidize the whole enterprise as Cuomo has done to date, a dubious proposition, if there there ever was one, given the unforgiving laws of economics. More importantly, 960 of those 1,460 jobs that were promised have been shifted to never, never or just maybe land, bringing the actual state investment per manufacturing to an incredible $1.5 million per job.

Worse, as Heaney explains in another post, the financials are deteriorating badly:

The company released its first quarter earnings report Monday afternoon and it was drenched with more red ink than usual. SolarCity lost a record $283.1 million. That was double the $149.9 million it lost for the same period in 2015.

The stock market reacted as you’d expect, with the trading price dropping by 21 percent from the close of trading Monday to Tuesday. SolarCity is now going for $17.54 a share, down from $57.26 as recently as mid-December.

Yet another crisis in investor confidence was triggered by a worse-than-expected first quarter loss and downward projections on solar panel installations, which is the company’s bread and butter…

The rollout of the plant is already behind the original schedule. The company’s future prospects grow bleaker with each passing quarter. Does it have the money, or the chops, to run the largest solar panel manufacturing plant in the Western Hemisphere? Will it even still be in business by the time the plant will open?

A review of that earnings report confirms Heaney’s observations. It starts off with the typical upbeat, make the best of it, statement that “SolarCity kicked off 2016 with solid momentum in installations, financing, and core cash generation.” Following a few pages of such blather, though, the reality surfaces, as it is revealed SolarCity megawatts of solar installed were up 40% year-over-year, but the loss from operations was up 70% and the total net loss was up 93%.

There is also this about the crucial role unfair state mandates such as net energy metering (NEM) and subsidies play in the success of the SolarCity business plan.:

In stark contrast with Nevada’s approach, SolarCity and some of our solar peers along with all of the major utilities in New York announced a partnership that provides a roadmap for NEM to continue at retail pricing through 2020…

We are grateful to the creators and backers of the Reforming the Energy Vision (REV) in New York for giving us the opportunity, and for the utilities of New York—ConEd, National Grid, NYSE&G, Central Hudson, Orange and Rockland, and Rochester G&E—for recognizing the benefits that distributed solar brings to the table and being open to how true collaboration can make it work for all constituencies involved. We hope more states can follow their example and look forward to a distributed solar future that is embraced by everybody.

NEM is the system where solar gets fed into the grid at full retail price even when it’s providing energy not needed at the time and, therefore, valueless. It might better be called highway robbery metering and that’s why Nevada dropped it and other states are re-evaluating. SolarCity loves it though because they are, in the end, the robbers who get those indirect subsidies to sustain their economic model. And, of course, they are completely enthralled with New York’s Reforming the Energy Vision (REV) program promoted by their friends at NRDC, Bill McKibben and Mark Ruffalo. Why wouldn’t they love a system that forces utilities to buy their product when they don’t need it? Why wouldn’t they love a State that gives them an additional $1.5 million for every manufacturing job they create? 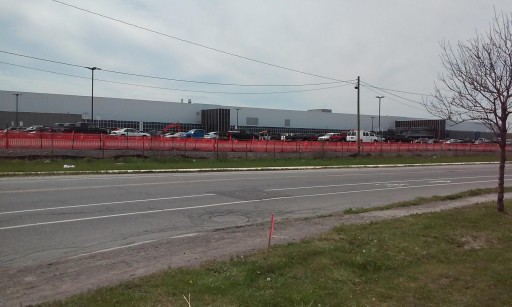 The SolarCity boondoggle, the key element of the Buffalo Billion fiasco now being looked at intensely by Preet Bharara is in serious trouble, Andrew Cuomo is in bigger trouble and the taxpayers of State of New York are in the biggest trouble of all. Meanwhile, the same people who brought it forth have refused to entertain hydraulic fracturing and natural gas pipelines that would lower carbon emissions, create jobs and deliver clean inexpensive energy without any gimmicks or subsidies.

14 thoughts on “SolarCity: A Bigger Boondoggle by the Day”