There has been a lot of talk from both sides of the issue on the impact of the Paris Accord. The best reason for backing out comes from an environmentalist.

John Dewey, an American philosopher and psychologist, once stated “Skepticism: the mark and even the pose of the educated mind.” I believe this is true in every sense. Not to overshadow a healthy dose of faith, skepticism is vital to understanding oppositional understanding and to better understand your own ideas.

Skepticism actually helped me better understand natural gas and fracking operations better. I have never been a bandwagon follower, so when I had questions about processes and consequences of natural gas, I read up on it – from multiple sources so I could see a complete story (this is why I read CNN and Fox News coverage of the same story). 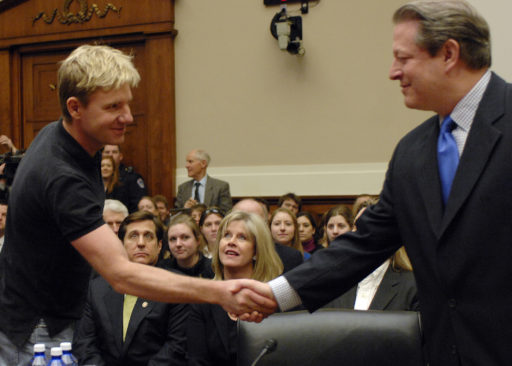 You could imagine the refreshing feeling I felt when I listened to a Reason Foundation Podcast yesterday where they interviewed the “Skeptical Environmentalist” Bjorn Lomborg, President of the Copenhagen Consensus Center and author of The Skeptical Environmentalist. I am so used to ideology-based activism (not that he lacks any), that his interview struck me as a complete surprise. An environmentalist who leads a group of 27 of the world’s top climate economists and three Nobel Laureates, claims the Paris Climate Accord is insane – in fact, it doesn’t do enough.

In the interview, he claimed what many others are saying, that the price tag of $100 Billion dollars per year from the U.S. or the world’s contribution of $1-2 trillion per year would provide nearly zero impact.

“Even if we assume that these promises would be extended for another 70 years, there is still little impact: if every nation fulfills every promise by 2030, and continues to fulfill these promises faithfully until the end of the century, and there is no ‘CO₂ leakage’ to non-committed nations, the entirety of the Paris promises will reduce temperature rises by just 0.17°C (0.306°F) by 2100.” 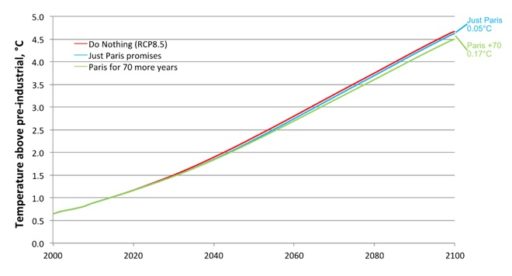 This money would be much more effective being used to invest in research and development of sustaining green energy that could survive without being propped up with subsidies. I tend to agree, as I support green technologies as a whole, but am skeptical why private markets cannot support them without us all paying out such huge subsidies. Worse, too many of these endeavors fail even with the big subsidies. Investing the money instead into more efficient self-sustaining technologies makes the most sense and is supported by the CATO Institute. Perhaps this is the capitalist or the libertarian side of me, but private innovation will always solve these problems if we just let it.

Of course, Bjorn is not without his critics. One such critic is Nathaniel Keohane, from the Environmental Defense Fund. This time last year, Keohane penned a harsh critique of Lomborg, calling him a “hot mess”  that purposely lays information out in ways to be deceitful. Talk about projection! Another is the Union of Concerned Scientists which, of course, was also involved in the New York Attorney General Eric Schneiderman’s RICO scheme to target and shakedown ExxonMobil for not being sufficiently politically correct on climate change and a coverup of this sordid affair.

There is something else driving me crazy about the Paris Accord and it’s the utter shallowness of those discussing it in popular culture. I came across a parody video where Brad Pitt plays weatherman (that’s the upper limit of his acting ability if you ask me) giving a weather forecast telling viewers it’s hot everywhere and there is “no future.” It’s not that I don’t like parodies, but this one is more political than funny and serves merely to reinforce suppositions about which none of the participants have the foggiest clue – a theme all too familiar in the case of the Comedy Central fan base that get its news from Jon Stewart.

From my chair, I still see Lomborg as an activist, but one who may have a more sensible approach to climate change. It is his critics who interest me the most, though, as they are the ones funded for their radical stances. In the case of groups such as EDF and the Union of Concerned Scientists, my level of skepticism has no reached full-blown cynicism.