The letters allege that the targeted researchers may have “conflicts of interest” or may not have fully disclosed corporate funding sources. They say such researchers may have testified before congressional committees, written articles or spoken at conferences, emphasizing the role of natural forces in climate change, or questioning evidence and computer models that emphasize predominantly human causes. 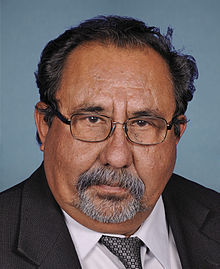 Mr. Grijalva (right) asserts that disclosure of certain information will “establish the impartiality of climate research and policy recommendations” published in the institutions’ names and help Congress make better laws. “Companies with a direct financial interest in climate and air quality standards are funding environmental research that influences state and federal regulations and shapes public understanding of climate science.”

These conflicts need to be made clear, because members of Congress cannot perform their duties if research or testimony is “influenced by undisclosed financial relationships,” it says.

The targeted institutions are asked to reveal their policies on financial disclosure; drafts of testimony before Congress or agencies; communications regarding testimony preparation; and sources of “external funding,” including consulting and speaking fees, research grants, honoraria, travel expenses and other monies – for any work that questions the manmade climate cataclysm catechism.

Conflicts of interest can indeed pose problems. However, it is clearly not only fossil fuel companies that have major financial or other interests in climate and air quality standards – nor only manmade climate change skeptics who can have conflicts and personal, financial or institutional interests in these issues.

Renewable energy companies want to perpetuate the mandates, subsidies and climate disruption claims that keep them solvent. Insurance companies want to justify higher rates, to cover costs from allegedly rising seas and more frequent or intense storms. Government agencies seek bigger budgets, more personnel, more power and control, more money for grants to researchers and activist groups that promote their agendas and regulations, and limited oversight, transparency and accountability for their actions. Researchers and organizations funded by these entities naturally want the financing to continue. 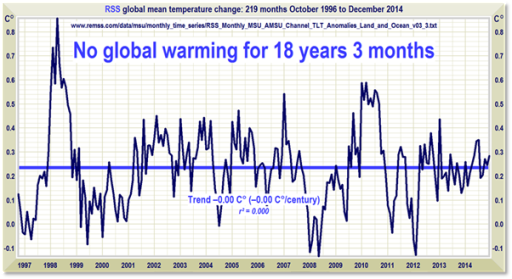 You would therefore expect that these members of Congress would send similar letters to researchers and institutions on the other side of this contentious climate controversy. But they did not, even though climate alarmism is embroiled in serious financial, scientific, ethical and conflict of interest disputes.

As Dr. Richard Lindzen, MIT atmospheric sciences professor emeritus and one of Grijalva’s targets, has pointed out: “Billions of dollars have been poured into studies supporting climate alarm, and trillions of dollars have been involved in overthrowing the energy economy” – and replacing it with expensive, inefficient, insufficient, job-killing, environmentally harmful wind, solar and biofuel sources.

Their 1090 forms reveal that, during the 2010-2012 period, six environmentalist groups received a whopping $332 million from six federal agencies! That is 270 times what Dr. Willie Soon and Harvard-Smithsonian’s Center for Astrophysics received from fossil fuel companies in a decade – the funding that supposedly triggered the lawmakers’ letters, mere days after Greenpeace launched its attack on Dr. Soon.

The EPA, Fish & Wildlife Service, NOAA, USAID, Army and State Department transferred this taxpayer money to Environmental Defense, Friends of the Earth, Nature Conservancy, Natural Resource Defense Council, National Wildlife Fund and Clean Air Council, for research, reports, press releases and other activities that support and promote federal programs and agendas on air quality, climate change, climate impacts on wildlife, and many similar topics related to the Obama war on fossil fuels. The activists also testified before Congress and lobbied intensively behind the scenes on these issues.

Government agencies and laboratories, universities and other organizations have received billions of taxpayer dollars, to develop computer models, data and reports confirming alarmist claims. Abundant corporate money has also flowed to researchers who promote climate alarms and keep any doubts to themselves. Hundreds of billions went to renewable energy companies, many of which went bankrupt. Wind and solar companies have been exempted from endangered species laws, to protect them against legal actions for destroying wildlife habitats, birds and bats. Full disclosure? Rarely, if ever.

In gratitude and to keep the money train on track, many of these recipients contribute hefty sums to congressional candidates. During his recent primary and general campaign, for example, Senator Markey received $3.8 million from Harvard and MIT professors, government unions, Tom Steyer and a dozen environmentalist groups (including recipients of some of that $332 million in taxpayer funds), in direct support and via advertisements opposing candidates running against the champion of disclosure. 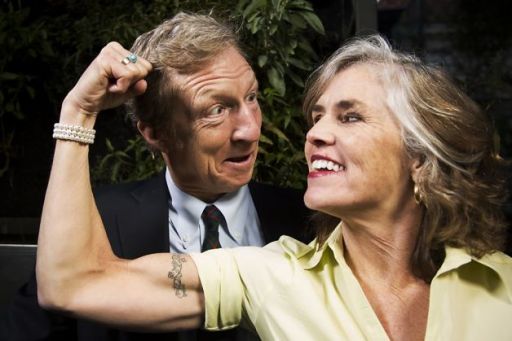 As to the ethics of climate disaster researchers, and the credibility of their models, data and reports, ClimateGate emails reveal that researchers used various “tricks” to mix datasets and “hide the decline” in average global temperatures since 1998; colluded to keep skeptical scientific papers out of peer-reviewed journals; deleted potentially damaging or incriminating emails; and engaged in other practices designed to advance manmade climate change alarms.

The Intergovernmental Panel on Climate Change based many of its most notorious disappearing ice cap, glacier and rainforest claims on student papers, magazine articles, emails and other materials that received no peer review. The IPCC routinely tells its scientists to revise their original studies to reflect Summaries for Policymakers written by politicians and bureaucrats.

Yet, EPA Administrator Gina McCarthy relies almost entirely on this junk science to justify her agency’s policies – and repeats EPA models and hype on extreme weather, refusing to acknowledge that not one Category 3-5 hurricane has made U.S. landfall for a record 9.3 years. Her former EPA air quality and climate czarJohn Beale is in prison for fraud, and the agency has conducted numerous illegal air pollution experiments on adults and even children – and then ignored their results in promulgating regulations.

Long-time IPCC Chairman Rajendra Pachauri has resigned in disgrace, after saying manmade climate change is “my religion, my dharma” (principle of the cosmic order), rather than a matter for honest, quality science and open, robust debate. The scandals go on and on: see here, here, here, here and here.

It’s no wonder support for job and economy-killing carbon taxes and regulations is at rock bottom. And not one bit surprising that alarmists refuse to debate realist scientists: the “skeptics” would eviscerate their computer models, ridiculous climate disaster claims, and “adjusted” or fabricated evidence.

Instead, alarmists defame scientists who question their mantra of “dangerous manmade climate change.” The Markey and Grijalva letters “convey an unstated but perfectly clear threat: Research disputing alarm over the climate should cease, lest universities that employ such individuals incur massive inconvenience and expense – and scientists holding such views should not offer testimony to Congress,” Professor Lindzen writes. They are “a warning to any other researcher who may dare question in the slightest their fervently held orthodoxy of anthropogenic global warming,” says Dr. Soon. Be silent, or perish.

Now the White House is going after Members of Congress! Its new Climate-Change-Deniers website wants citizens to contact and harass senators and congressmen who dare to question its climate diktats.

Somehow, though, Markey, Grijalva, et al. have not evinced any interest in investigating any of this. The tactics are as despicable and destructive as the junk science and anti-energy policies of climate alarmism. It is time to reform the IPCC and EPA, and curtail this climate crisis insanity.