The following is a summary of a podcast published July 13 by the Institute for Energy Research about Pennsylvania Attorney General Josh Shapiro and his grand jury report on the regulation of the state’s natural gas industry. In it, IER’s Alexander Stevens interviews Gordon Tomb, senior fellow of the Commonwealth Foundation, a free-market think tank based in Pennsylvania. Gordon effectively exposes the Shapiro agenda for what it is—a Shapiro political campaign—by laying out the simple facts contradicting the grand jury report.

Stevens: At the end of last month, state Attorney General Josh Shapiro released a report that outlined a two-year investigation into the natural gas industry in Pennsylvania. Shapiro said the grand jury found that:

However, Pennsylvania’s Department of Environmental Protection wrote in response that the report “presents an inaccurate and incomplete picture of Pennsylvania’s regulatory program,” and that it is “factually and legally inaccurate” and that it “does a disservice to the citizens of the Commonwealth.”

To start, can you explain the process of a grand jury investigation and provide a short timeline and some background on why this specific investigation started? 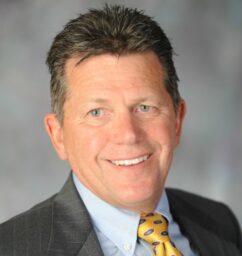 Tomb: A grand jury is a secret proceeding where a prosecutor presents witnesses to support allegations of wrongdoing. Those being charged are given no opportunity to defend themselves.

The rationale for the grand jury investigation is not clear to us. Pennsylvania’s natural gas industry has been highly regulated for years. Much, if not all, of the issues covered in the grand jury report have already been resolved through the regulatory process or were working their way through the system.

The report has the markings of a political document intended to raise the profile of an attorney general widely viewed as a future gubernatorial candidate. He has sponsored other similarly political exercises in the past.

Stevens: The report makes some strong claims about the natural gas industry and regulatory failure in Pennsylvania, but industry groups along with Pennsylvania’s Department of Environmental Protection have pointed out that the report has several problems. Namely, the report excluded information about existing laws, and it recommends policies that already are on the books. Can you sort out what exactly is going on with this report? How valid are these complaints?

Tomb: Because the report is made up of claims from anonymous sources it is difficult to judge what is valid or not. What is clear from responses of the Department of Environmental Protection and others is that there is little, if anything, new in this report.

Mike Krancer, a Department of Environmental Protection secretary between 2011-2013, says one issue was covered by an 8 1/2-year-old DEP consent order.

Another, according to Krancer, is a case where the DEP fined a company more than $4 million six years ago.

An industry group, the Marcellus Shale Coalition, defends Pennsylvania’s regulatory framework as one “repeatedly referenced as a model for others to follow.” The coalition states: “The State Review of Oil and Natural Gas Environmental Regulations – an independent, non-profit regulatory review commission – has given Pennsylvania’s oil and gas program high marks, citing it as ‘well-managed, professional and meeting program objectives.’”

Also, from the Marcellus Shale Coalition: “A review of Pennsylvania’s unconventional oil and gas regulatory landscape details 43 laws on the books, seven technical guidance documents, and 28 permit authorization packages just with the DEP. From 2010 to 2019, DEP inspected unconventional well sites 134,681 times, including more than 19,000 well site inspections last year with 677 unconventional wells being drilled, the highest to date.”

Given all that, a grand jury investigation appears to be quite unnecessary and is more likely an abuse of the system than a good faith search for the truth.

Stevens: If these complaints are valid, how do we explain the attorney general releasing a report that excludes years of regulatory changes and makes recommendations that are already on the books?

Tomb: We can only surmise a lack of knowledge on the part of the attorney general because he apparently failed to inform the grand jury of critical facts about existing regulations that make Pennsylvania’s industry among the most tightly controlled in the world.

The report unconvincingly attempts to smear Pennsylvania’s natural gas businesses and the state’s departments of health and environmental protection with a regrettable display of ignorance. The report ignores much basic information about improvements made over the last decade by both the industry and regulators to better protect people and the environment.

Stevens: For people who are not from Pennsylvania, can you briefly explain the role the natural gas industry plays in Pennsylvania’s economy?  What is the industry’s track record when it comes to regulatory compliance?

Tomb: The industry has been a huge boon to Pennsylvania’s economy and to the country’s energy supply.

Stevens: Given the importance the industry plays in Pennsylvania’s economy, what is the significance of the state AG leading an attack on the industry like this?

Tomb: Gas production is one of Pennsylvania’s most promising industries. Like other industrial activities, it is under continual attack by environmental extremists and political opportunists. The gas industry deserves to be supported by reasonable people who, while expecting responsible operations and accountability, recognize it as a critically important source of energy and a producer of immense economic value for all citizens.

Baseless attacks, which is what the grand jury report appears to be, helps nobody.

I should note that the Republican leadership of the Pennsylvania legislature has been supportive of the industry and strives to maintain a balanced approach to the regulation of this critical industry.

Stevens: What are the important things we should pay attention to with this story going forward?

Tomb: It will be interesting to see whether the attorney general has learned anything from all the information that the responses of industry and regulators have presented to him. If so, I would hope he drops his pursuit of the industry. We will have to see.