There is no question as to what the Marcellus Shale revolution has done in terms of growth and development in Pennsylvania; the opportunities are abundant!

The opportunities for economic growth and business development the shale revolution has brought to Pennsylvania are staggering. From the new electric generation facilities being built in the northeast to the export of ethane from Sunoco Logistics Partners’ Marcus Hook terminal, the Commonwealth is buzzing with plans to attract new businesses and grow the ones already here thanks to the abundant, affordable supply of shale gas.

It’s important, also, to realize these projects (and the many others we simply don’t have space to name) do not exist in a vacuum. The ripple effects of the investments in these projects can be felt hundreds of miles away and often times workers are needed from all over the region. 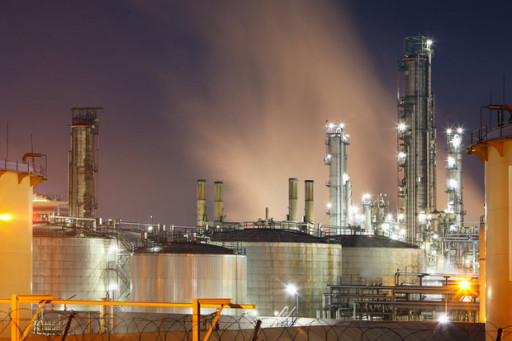 An ethane cracker in Pennsylvania

The potential Appalachian Petrochemical Project which is under consideration by Shell is an amazing example of the resources, time, and skilled workers needed to get it up and operational. The project is still on the drawing board, but that hasn’t stopped major investment by the company in the proposed location in Beaver County.

The proposed complex would be the first major U.S. project of its type to be built outside the Gulf Coast region in 20 years. Locating the facility close to both supply and markets would reduce economic and environmental transportation costs and provide regional plastic manufacturers with more flexibility, shorter supply chains and enhanced supply dependability.

The project would rely on a steady stream of raw materials from the wet Marcellus gas produced in western Pennsylvania. A recent Beaver County Times article estimated $215 million tied to the building of the facility could be spent on roads and bridges in Beaver County over the next four years.

At a Pittsburgh Airport Area Chamber of Commerce event last Friday, Pennsylvania State Representative Jim Christiana gave an update on the status of the project and energy policy in Harrisburg. He made it a point to share what the Shell facility would mean for the region, but also stressed the importance of “telling the other 66 counties what a Shell Cracker plant means for them.”

If there is one thing that has proven to be true of the years, it’s that the Marcellus continues to defy expectations. The amount of natural gas and natural gas liquids being produced from this region is astonishing. The tremendous supply of pipeline-quality gas produced in northeastern Pennsylvania has the ability to help power some of the country’s largest cities and is already helping to expand infrastructure in the Commonwealth to homes and businesses. The natural gas liquids being produced in the western side of the Commonwealth are the building blocks for the petrochemical industry and the products we use in our daily lives.

What’s more, the fabric of our energy infrastructure continues to shift. The U.S. Energy Information Administration (EIA) just released data showing hydraulic fracturing is involved in producing 67% of all of American natural gas.

Pennsylvania is uniquely positioned to take advantage of these resources. This can and, quite honestly, should look different depending on the region. Philadelphia is currently trying to rebrand itself as an energy hub, the expansion of natural gas infrastructure is continuing to underserved areas in the Commonwealth, Trillium will build 29 CNG fueling stations over the next five years, and the Pittsburgh region continues to look towards the possibility of an ethane cracker in its area.

With an abundant energy resource, new projects slated across the Commonwealth and a continuing push to pioneer new technologies using natural gas, it’s clear Pennsylvania has a staggering opportunity for growth and development before it.

3 thoughts on “What the Shale Revolution Has Done for Pennsylvania”