Shale opposition recedes into irrelevancy as the antics of fractivists get less and less attention; so much less the news hounds hardly even notice anymore.

Elsewhere on the No Hot Air / Reimagine Gas site is a Top Ten Shale Gas Myths that has been up for so long some of the oldies but goodies are getting moldy.  Time for a refresh and let’s replace the old number one with a new number one.  The previous chart topper  “My Water Will Catch on Fire” never gets airtime anymore.  It was a 2009 one hit wonder from Gasland, and not even the most uninformed opponents repeat it anymore.

The new number one is a strange one.  Although it’s often used by opponents, the issue itself is used by even those who profess neutrality or even support shale.  So, into number one with a rocket is

“UK shale gas will never happen due to public opposition.”

As with the other myths, this is something everyone insists is true but for which we can only find scant evidence.  It’s noteworthy that while one would expect opponents to cite it,  the issue is how this gets into the “conventional” wisdom.

My recent experience with London Local Energy is one part of the evidence.  I’m bemused how the LLE story, which according to the Conventional Wisdom would be met with universal condemnation, has in fact been basically ignored.

If shale is so controversial/un-investable,  one would expect the story to make more than page 23 of the London Evening Standard.   The mystery brings to mind Sherlock Holmes: 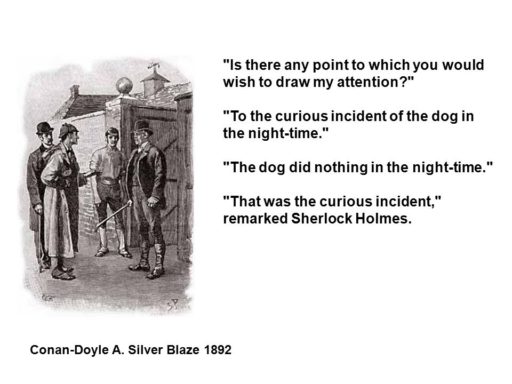 The curious incident in the shale “debate” was the yawn with which the press received the news. (Here, I remind readers that London Local Energy is far more than just myself).  It was especially curious because we had spoken to several journalists across a spectrum of outlets and all professed interest.  Several blamed their editors, who sit above the journos and especially in the UK profess to represent the concerns of the readership.

That was true whether the outlet is usually pro or anti shale.  Even if anti shale papers were uncomfortable rebutting LLE’s climate narrative,  the opposite should be true. One would think the right wing press would hop on the story to beat up climate activists.  Neither side of the debate barked.

Does the subjective notion, that public opposition is strong enough to make UK shale un-investable, have no more objective facts than those of fiery taps or the other myths? Certainly the whole shale debate is becoming a huge bore to the mainstream media.  Even Greenpeace’s Energy Desk wasn’t interested enough to report on the arrest of their own activists in Lancashire on May 7.

Drill or Drop quoted above is the drop-in site for UK shale drilling news, but even the redoubtable Ruth Hayhurst can only draw 884 subscribers to her email list and I’m sure at least a hundred are shale drillers themselves.

Then, we had this from The Independent, a former newspaper now on line only, quoting Energy Desk and an activist (108 followers)

Companies hoping to take part in the Government’s promised fracking “revolution” have been “finding it a challenge” to get finance from British banks.

According to minutes of a meeting between the industry and a Government minister, some firms were “struggling” or “suffering.”

They added that some conventional oil and gas projects had been “affected by protests as well,” according to the civil servant’s notes.

I put it to the Conventional Wisdom, the same CW who didn’t see the emergence of US shale, US shale oil, surging efficiency, falling carbon intensity in China and, last but not least, the huge success of wind and sun power over the past five years, that they’ve missed the boat on the UK fracking opposition evaporates trend too?

If anyone wants to prove this wrong, please add your name to the petition to ban “fracking” in London.  At 150 signatures over three weeks, it needs all the help it can get,  being unable to beat other causes such as the 186 opponents to closing a pub in Hitchin.

Editor’s Note: Nick is always spot-on with these sorts of observations. As a devotee of the Sherlock Holmes stories and the lessons they offer, I especially liked this post.

Fractivism gets very little meaningful support these days. They were successful with the Maryland moratorium recently, of course, but that’s really the story of a few politicos representing an overwhelming urban populace bullying around two little counties in the far end of the state for the sake of demagogic points in the Baltimore press. Likewise for New York; where New York City influence is indifferent to anything other than political correctness. Shale opposition is largely forgotten already in Pennsylvania. Josh Fox is on some kind of love tour now or something in a desperate attempt to regain notoriety.

Most fractivists have now shifted attention to pipelines, where the industry still operates by the old rules of PR (mealy-mouthed feel-good news releases no one reads) and is, therefore, vulnerable. But that’s changing, too, and once the Atlantic Sunrise, PennEast and a few other major projects are done, that well will run dry, too.

2 thoughts on “Shale Opposition Recedes As News Hounds Do Nothing”