Shale gas has changed everything in the US and drummed the “peak oil” industry out of business. Fracking in the UK and New York, however, is essentially going to be a battle between whether it wants to be a modern country or state, or not.

2013 has been the year where any doubts about the reality of the US shale revolution have entirely disappeared. This was the year for example where the Peak Oil site The Oil Drum shut, an amazing development for a trend which was at the height of it’s influence  only a couple of years ago. Any doubts over shale’s sustainability have been swept aside by volumes of gas that can only be described as phenomenal. The debate, at least in the US, has transformed from shortage to seeking customers for gas.

The Shale Gas Halo Effect in the US

The bounty from the US, by year end seems to be providing the basis for what Europe lacks: an economic recovery. This from CNBC shows how the ripple effect of shale is becoming, according to Goldman Sachs, a “halo effect”:

Rapidly accelerating U.S. shale production will create a virtuous cycle next year that will contain energy prices, support the recovery and encourage the Federal Reserve to pare back its monetary stimulus, Goldman Sachs said Friday.

The conditions are favorable to a longer-term stabilization of energy prices, the firm’s analysts said. Record production on the back of shale and natural gas will keep “the U.S. energy market oversupplied and reinforcing downside price risks.”

Those forces will restrain price pressures, boost economic activity and assist the Fed in its quest to wean the economy off crisis-era stimulus.

For the US at least, it’s been post-crisis and post peak oil. This is turning the energy debate away from the environment ministries and towards finance chiefs all over the world. Japan, China, OPEC, Brazil, Russia and Australia amongst others are waking up to the new reality. But, in Europe, we don’t believe in halos as Alan Riley noted in the WSJ. As others look for the benefits of the shale halo, in Europe there are many who reach for the handcuffs:

In October the European Parliament narrowly voted to extend the EU’s Environmental Impact Assessment (EIA) directive to the drilling of a single shale-gas well. National ministers are due to vote on the move in the EU Council this month. If they uphold the measure, all shale exploration underway in Europe—from the Bowland Basin in Lancashire, England, to Lublin Province in Poland—will face significant new delays.

The larger danger for Europe is that energy investors may take such a decision as a signal to give up on the EU as a place to develop shale oil and gas. There are now so many more opportunities world-wide for shale-gas development that the industry may conclude its best strategy in Europe is to stay out of it.

Even here in the UK, where government support is unambiguous at the national level, the fundamentally undemocratic planning system allows literally one person to hold up development (of anything) for several years. Imagine what happens when a dozen get involved. (Note: Also applies to New York and the DRBC.)

An example near me is a site closed down in 1980. Thirty three years later, no decision on redevelopment has been made. (Similarly, the Eurostar Terminal at Waterloo closed in 2007 and stands empty still). This is not democracy, this is insanity, and even if the time scale is only 5% replicated for shale exploration wells, I would overwhelmingly advise anyone not to spend money drilling for UK shale gas, but to take the money and bury it: They would get a better return. 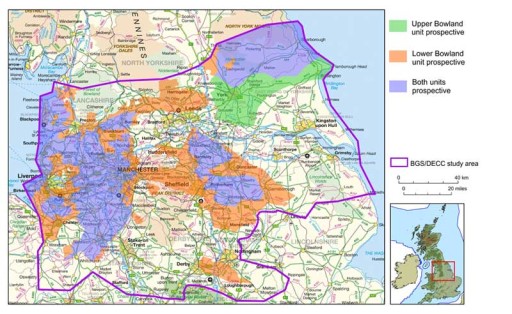 Cuadrilla’s Allan Campbell believes shale gas could transform Britain. But the Australian can’t understand why we’re so lame about exploiting it

“The regulatory and planning system here is just bullshit. The gumption and the balls of the lot (the British) to get on their bikes and conquer foreign lands and paint the world pink just does not exist today. It would be impossible for these guys to create an empire now, wouldn’t it?”

I’ve never met Allan, but I’d bet we’d get along just fine. Instead of having inane arguments over the number of jobs created by either shale gas or the “green transformation”, the big picture is the one painted by Goldman of the US success while the UK reality is closer to that other Alan (Riley), a long time co-conspirator in the shale revolution.

I would differ with Alan over the EU impact. European countries have a record of building infrastructure far quicker than the UK, and they also have a record of conveniently ignoring EU legislation when it suits them nationally. But we can’t simply sit out the transformation of the USA’s energy, industry, political and carbon fortunes. European Greens, who can’t seem to get that this is about far larger global trends, may succeed in pleasing themselves as they handcuff everyone else.

Fracking in the UK is essentially going to be a battle between whether we want to be a modern country or not. This, from Stephanie Flanders in the FT on the eternal pessimism of the UK describes what we’re up against:

The British often seem to be the only people who can feel schadenfreude about their own misfortunes. In the past five years, we have seemed to relish bad economic news, much as we enjoy wallowing in the despair of losing international football games on penalties. It is, after all, what we expect.

But now the news is good. And if history is any kind of guide, it will continue to be good for some time to come. There is no reason why the UK should not be the fastest growing country in Europe over the next five years – if not the G7 group. 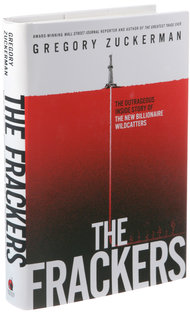 BTW for a thoroughly entertaining and illuminating view of the US experience, warts and all, I recommend Greg Zuckerman’s  The Frackers. I had the pleasure of meeting Greg last week while he was over on a book tour, and he proves yet again what I’ve long known: The people who read this site are all smart.  So hear this: This is what might be in the UK.  Or, maybe we should all go back to sleep and UK shale companies will go to places where they are assured of a warm welcome, i.e. just about anywhere else.

Editors Note: Nick, as usual captures the essence of what the shale gas debate is all about with his observation that, for the UK, it’s all about whether or not it wants to be a modern country. This also applies to a few parts of the US where the shale gas revolution has yet to take hold: New York State and the Delaware River Basin, where handcuffs still apply, bureaucrats and politicos halt progress and the people are still wondering whether they’ll be allowed to live in the modern world or not. Halo or handcuffs?