Zach Olson of NaturalGas102.com did an interview with me a while back on the subject of the proposed Pennsylvania severance tax on natural gas and wrote a post about it. Here it is:

[This] week we talk about the proposed Pennsylvania severance tax with Tom Shepstone, a planning and research consultant who runs the blog Natural Gas Now:

Tom is a planning and research consultant working in Honesdale, Pennsylvania.  He helps municipalities and other entities with economic development.  Tom was initially pulled into natural gas issues after he had the opportunity to lease some of his own land.  He felt that the industry was not doing enough to fend off attacks, so he become an advocate.  He did some work with the pro-industry group Energy in Depth and now advocates for the industry on his own blog Natural Gas Now.  He has written a guide to the proposed severance tax in Pennsylvania, along with frequent posts on the topic. 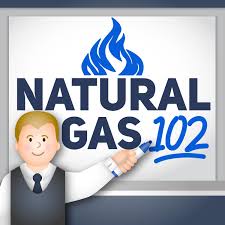 Pennsylvania imposed a new “impact fee” on natural gas development in 2012.  As a general principle, fees are not supposed to make money, instead fees support the costs of enforcing an ordinance.  Tom said the debate at the time was focused on addressing the impacts of drilling, and it is quite an accomplishment that the fees were limited to that purpose.  He described the debate on the fee as a subdued discussion.  Many local governments opposed the fee, as they were enjoying economic benefits and working with the industry to mitigate traffic and road damage.  Many in the industry recognized, however, that the dense population of the Northeast makes it a difficult place to develop resources and steps should be taken to support communities.  At the end of the day, Tom said the impact fee worked out reasonably well.

Former Republican Governor Tom Corbett pushed an impact “fee” because he did not want to break is “no tax” pledge.  Tom argues that was probably a mistake, as it left open the argument that the industry is not being taxed.  Gov. Corbett went on to earn the unfortunate honor of being the only Republican governor to lose to a Democratic challenger in 2014.  Tom said Gov. Corbett did not lose because of energy issues, however.  Tom said the Governor ran a lousy campaign, and was outdone by current Gov. Tom Wolf’s sunny personality.  Corbett also suffered from the classic problem of having to explain a record while Wolf, as a challenger, could promise most anything.

During the campaign, Democratic challenger Tom Wolf promised a new 5% severance tax to raise funds for education, infrastructure, and renewable energy.  Gov. Wolf’s formal proposal, however, did not specify what the funds would be used for.  He did call his tax proposal the “Pennsylvania Education Reinvestment Act.”  And he announced it at a school and said the “lion’s share” would go to education.  But the plan seems to be lacking details.  Tom said he expects the tax money is going to be spent primarily on the state’s underfunded public employee pension fund.

Gov. Wolf is not the only policymaker supporting a severance tax.  He is quick to point out that two Republicans have proposed their own 3.2% tax on top of the impact fee.  Tom pointed out, however, that those two Republicans are both from high-income areas around Philadelphia.  They are essentially proposing to tax the gas production in low-income rural counties and send that money to high-income school districts.  Several Democrats have also proposed an even higher tax.  There is a good chance that some type of tax will pass.  Tom said it will likely be a lighter tax that does not raise much revenue.

Tom was highly critical of the merits of the Pennsylvania severance tax proposal.  Gov. Wolf justifies the 5% rate as being the same as neighboring West Virginia, but Tom said that proves the tax is a bad idea.  Pennsylvania is doing far better that West Virginia in production, rig counts, and investment.  Gov. Wolf also points out that industry-friendly Texas has a higher severance tax of 7.5%. Tom argues, however, that the overall tax burden for an oil and gas company in Texas is far lower than in Pennsylvania.  Pennsylvania’s comparative tax burden would only get worse by raising taxes.

Editor’s Note: This was originally posted on March 1, 2015 on Zach’s blog . I was pleased with his interview questions and the fair manner in which he summarized my responses. You can listen to the interview itself, starting at 28:03 here (the meat starts at 30:48). Check out the rest of Zach’s site as well and his YouTube channel, where you’ll find this trailer for example: