Williams Companies, the pipeline folks, are spending $1 million on Corona Virus relief, including $5,000 for the Seven Loaves Soup Kitchen in Northeast PA.

From the moment the coronavirus-related shutdowns and stay-at-home directives began in March, Williams Companies pledged $1-million in relief to nonprofit organizations in states where the company operates. Of the 78 projects funded to date in 13 states, many of them have dealt directly with food insecurity. Cash contributions were distributed to food banks coordinated by schools, houses of worship and other entities and to soup kitchens like Seven Loaves in Tunkhannock, PA. 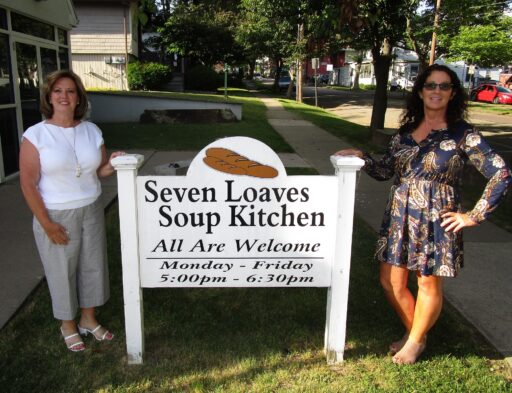 “These are challenging times for many of the communities in which we live and operate, and when a neighbor is in need, Williams is there to help,” said Jack Walsh, vice president and general manager of Williams’ Susquehanna River Supply Hub.

The combination of adults suddenly out of work and children sent home from school put a strain on resources at Seven Loaves, which was already providing 58 meals per day for people in need in Wyoming County. Through a partnership with the Wyoming County United Way, Seven Loaves staff of  volunteers are now averaging 151 meals every day. About 40 meals per day are picked up at the facility on Warren Street, and United Way volunteers deliver the rest.

Williams’ donation of $5,000 will help with the purchase of both food and supplies, Seven Loaves board member Crystal Posten noted. Because the facility is not yet ready to reopen its doors for sit-down dinners, a large number of take-out containers have to purchased.

“It’s a sizable donation,” Posten said of Williams’ contribution, noting that the amount eclipses other corporate donations recently received. This is at least the second time that Williams has donated to Seven Loaves, she noted. “We’re putting out a lot more meals, so this will help significantly.”

“We are fortunate to be able to provide this donation to Seven Loaves Soup Kitchen so that it could help fulfill its mission of feeding the community during this great time of need,” Walsh stated.

Reposted with permission from EndlessMtnLifestyles.com.