Bet you didn’t know that the environment has become racist. That’s the outrageous claim being made about Nicetown, PA (near Philadelphia). Big Green supporters in Nicetown are opposed to SEPTA (Southeastern Pennsylvania Transportation Authority) plans to build a Marcellus gas-powered electric plant that would provide electricity to SEPTA’s northern Regional Rail lines and a bus garage. The stated reason for their opposition is because the plant will burn an evil, nasty, vile “fossil fuel.” 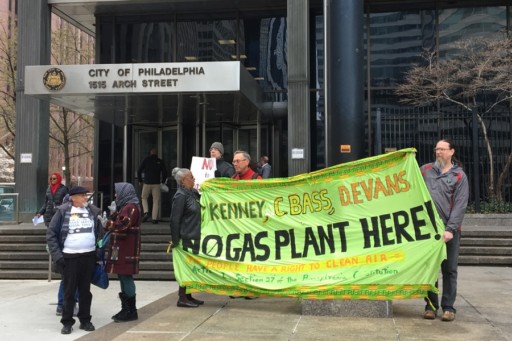 Yep, fossil fuel hatred syndrome. When the antis weren’t looking, Philadelphia Air Management Services (AMS) went ahead and issued the permit that allows SEPTA to move forward with the proposed natgas power plant, which will get built in Nicetown. Nice. The AMS vote “came as a surprise” to the antis. It was their “last hope” to stop the plant. But they haven’t given up hope. Not yet.

Antis are not only litigating to stop the plant, now they’re making wild accusations of “environmental racism.” Because the majority of residents are black, the accusation is that SEPTA is sticking the plant there, where it doesn’t matter if black people get polluted. Which is all nonsense.

The reason SEPTA wants the plant in Nicetown is because that’s where they own a large bus garage/facility–the same facility they want to power with electricity from the plant! But “environmental racism” has such a great ring, and looks so good in a headline, it’s just irresistible for sycophantic media. Here are excerpts from the Philadelphia Magazine story (emphasis added):

Out on Wissahickon Avenue in Nicetown sits a state-of-the-art recreational facility built with the (perhaps guilt-tinged) largesse of Joan Kroc, the late widow of McDonald’s founder Ray Kroc. When she died in 2003, Kroc left $1.5 billion to the Salvation Army for the sole purpose of establishing and supporting community centers where members can perform in the club jazz band, take leadership courses, and, maybe, work off those Big Macs.

Right across the street from the Philly Salvation Army Kroc Center is SEPTA’s Midvale Bus Facility, part of the transit authority’s Roberts Complex and site of a proposed natural gas–fueled combined heat and power plant (CHP) that, according to SEPTA itself, would emit roughly 67 tons of toxic emissions into the air annually. That doesn’t exactly sound … healthy.

The plant has received preliminary approval for a building permit by the city’s Air Management Services office – an arm of the Philadelphia Department of Public Health. But a ceremonial groundbreaking is not yet in sight, with a trio of community organizations having jointly filed an appeal to the Zoning Board — the next hearing of which is scheduled for Tuesday afternoon. Among the groups’ claims: “We consider this polluting proposal to be a continuation of obvious environmental racism, especially in Nicetown, but also Tioga and Germantown.” The demographics of the area where the plant will go is between 92 and 98 percent black.

“We know that our area was chosen under the assumption that we would not be able to organize resistance,” Lynn Robinson, director of one of the appellants, the Neighbors Against the Gas Plants, tells Philly Mag. “Nicetown and Germantown are low-income, predominantly African-American neighborhoods, and environmental issues have not traditionally been the loudest rallying cry in minority communities who have to contend with education, housing, and food insecurities, police violence, and more. But we suffer the most from negative environmental conditions so environmental justice is catching on.”

In the simplest terms, the proposed plant is an eight-megawatt facility that will provide the baseload electricity for half of the Regional Rail system (the part that comes north from Jefferson Station through Temple University) and the bus garage, which is SEPTA’s largest. According to Erik Johanson, director of business innovation for SEPTA, the heat generated at the plant would also take care of the utility load for the complex.

“We describe this project as a win-win-win,” Johanson tells Philly Mag. “It will reduce our overall greenhouse gas emissions, generate electricity from cleaner sources than what the grid provides, and reduce the future risks associated with climate change. The win-win-win part comes from both of our main two goals being self-financed. This is not something that we’re paying for — it’s additive to our capital program.”

“The easiest way to describe it is a public-private partnership that pays for itself,” Johanson says. In addition to cost effectiveness, SEPTA says the plant would serve as a “resilient source of power” that would allow it to continue operating trains and buses even in the event of an outage by PECO.

According to the U.S. Environmental Protection Agency, Nicetown has a higher fine particulate level than 78 percent of neighborhoods across the nation, and more exposure to diesel exhaust than 90 percent to 95 percent of neighborhoods. In a 2012 report, the Philadelphia Health Management Corporation found that 31 percent of children living in the 19140 zip code were diagnosed with asthma – significantly higher than Philadelphia’s city average of 23 percent, southeastern Pennsylvania’s average of 18 percent, and the national average of 8.6 percent, per the Centers for Disease Control and Prevention.

In writing their appeal, the Neighbors Against the Gas Plants collaborated with two other Philly-based grassroots organizations – the Center for Returning Citizens and 350 Philadelphia. An overwhelming majority of members live within a mile radius of the Midvale Bus Facility or send their children to nearby schools in Nicetown.

“We believe that SEPTA has no immediate need for this project,” Robinson says. “The only viable motivation for SEPTA to build gas plants in Philadelphia is because they came under political pressure to buy natural gas before 2012, and then when they canceled a deal to convert their bus fleet to CNGs (compressed natural gas buses), they had to figure out another way to buy natural gas.”

In reality these “local groups” are backed/agitated by radical Big Green groups with an agenda to stop the use of all fossil fuels. That’s what is at issue here. Charges of racism are a sleazy tactic use by the left to paper over their lack of a rational, logical argument in the debate.

Editor’s Note: As I noted here, 350PHL is a local Philly affiliate of 350.org, which was founded by Bill McKibben in 2007 and is a Park Foundation / Rockefeller family enterprise. Moreover, the group Neighbors Against Gas Plants is nothing but a facade to hide the usual suspects; serial protesters funded by wealthy special interests. Go to the “Connect” page of their slick website and you find a phone number associated with the Energy Justice Action System and a link that takes you to the Action Center, Inc.

We know this entity well from having written about it here. It’s a sideshow organization that has used money from the Earth Island Institute and the Power Shift Network, both of whom are, in turn, by the Rockefellers and their fractivist funding gang. Action Center, Inc. is the vehicle aging protester Mike Ewall and his partner Tracy Confer use to get their radical jollies. When they aren’t organizing phony protests in Philly, they’re doing it Kentucky.

The phoniness of the Nicetown protests is revealed in the above picture from Philadelphia Magazine, which shows a half-dozen people at best and all but one are white, not black. They look like typical spoiled white-kid trust-funders, in fact. The idea that a gas plant intended to serve a bus garage located where bus demand is heaviest is, of course, absurd. Likewise for the incoherent argument about political pressure to buy natural gas. And, how is that converting from oil to gas doesn’t help the air, especially when the facility obviously has to secure air permits?

Do these serial protesters have a single credible argument. No. They are using the charge of racism as a cudgel, exploiting the very people for whom they claim to speak. It’s outrageous.