While many business leagues, labor organizations and individuals have offered their support to the PennEast Project, we’d like to echo the sentiments of Pennsylvania State Senator John Yudichak who recently commented on the PennEast Project in a February 9th letter (below) to FERC. 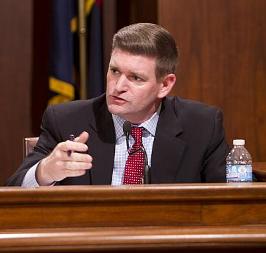 We agree with Senator Yudichak that, “we have yet to fully leverage our extensive energy reserves for short and long-term economic development… New pipelines delivering Pennsylvania’s gas to Pennsylvania communities and beyond will be beneficial in so many ways,” and that, “We have an abundant reserve of low-cost natural gas but a lack of capacity to move it.”

Alongside other transmission pipelines on the horizon, the PennEast Pipeline “will alleviate some of the natural gas bottlenecks we are currently seeing in Pennsylvania and elsewhere,” Senator Yudichak explains.

Until 2011, Pennsylvanians had to rely on natural gas from other states to meet their energy needs. Now, thanks in part to new pipelines like PennEast, we have not only an opportunity to enhance reliability to Pennsylvania communities, but to also return the favor and help our neighboring states meet their energy demands.

Here is a transcription of the self-explanatory letter from Senator Yudichak:

Despite an abundance of natural gas in the Commonwealth, we have yet to fully leverage our extensive energy reserves for short and long-term economic development. This is why I feel it is so important to invest in the development of our natural gas infrastructure. New pipelines delivering Pennsylvania’s gas to Pennsylvania communities and beyond will be beneficial in so many ways.

The PennEast Pipeline will travel through my Senate District. I have been closely monitoring the project since it was first announced. Safety and environmental protection are primary concerns of mine. Ensuring that our air, water and land resources are protected for the future is very important to me and my constituents. Also important are the opportunities the pipeline will bring for lower energy costs and increased standard of living.

Additionally, there is a vital long-term economic development component to the project. Access to reliable and affordable supplies of natural gas will benefit businesses and families. It has been estimated that electric and natural gas users in eastern Pennsylvania and New Jersey would have saved $893 million on their utility bills had the PennEast Pipeline been in operation in 2013-2014.

It is with all this in mind that I respectfully ask that you approve the PennEast Pipeline Project. Thank you for your consideration of this matter.

Thank you to Senator Yudichak and all those supporting economic growth, and a cleaner, more secure energy future.