Senator Lisa Baker has launched a serious effort to secure justice for the only landowners in Pennsylvania not allowed to sell their Marcellus Shale gas.

UPDATE: An astute reader points out the “inexplicable and unfathomable statement” of Governor Tom Wolf to the effect that “the gas belongs to all of us” showing “his lack of understanding when it comes to law as well as individual and property rights” that Lisa Baker’s legislation recognizes. He also notes “those of us who don’t own property in the Delaware River Watershed (and thus have nothing to gain in terms of selling gas from there) are in many cases just as interested in both the governor’s and the commission’s actions in this matter.” He, therefore, urges everyone to contact their senators and ask for their support of Sen. Baker’s bill. Amen!

Governor Tom Wolf is determined to sell out a part of her district to special interest pleaders for a ban on fracking in the DRBC region. Pennsylvania State Senator Lisa Baker is striking back by going directly to the heart of the matter.  She’s introduced legislation telling the governor he can’t sell it unless he buys it. Doing so, she has illustrated the fundamental unfairness of a governor deciding he has the right to pick economic winners and losers within his state. She’s struck a blow for equal justice under law. 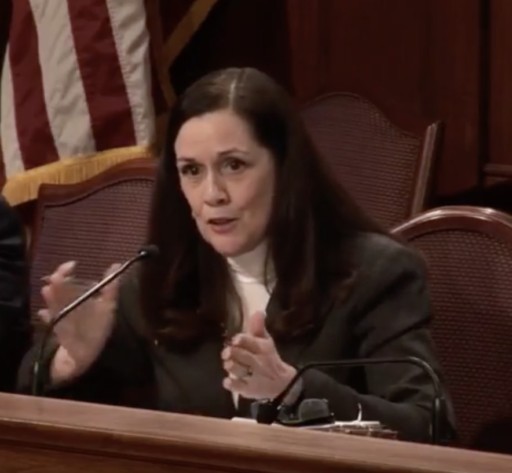 Sen. Lisa Baker (R-20) has launched an effort to require compensation for landowners in the Delaware River Basin, including those in Wayne and Pike counties, who are in jeopardy of losing valuable property rights to a pending ban on natural gas drilling.

Since 2009, landowners have been living under a moratorium that has prevented them from realizing the economic benefits accruing to those in other parts of the state. Last year, Gov. Tom Wolf announced his support for a permanent ban, and the Delaware River Basin Commission (DRBC) is expected to make a final decision later this year.

Calling the situation indefensible, today Baker announced the introduction of legislation, SB 1189, declaring such action will constitute a taking that must be paid for by the DRBC.

“In my judgment, such deprivation of property rights constitutes a taking, just the same as if the property were condemned for any other public use,” Baker said. “Landowners are entitled to compensation calculated in the same manner as is any other eminent domain action.”

Individuals and landowner groups have pursued multiple political and legal avenues to assert their rights, without resolution. A final decision could take years, so they are understandably frustrated.

“This is a major economic boost enjoyed by countless others across Pennsylvania, but unfairly denied to landowners and this region as a whole,” Baker added. “Many of these folks are also paying state taxes to support development in other parts of Pennsylvania, while being denied their own opportunity.

I briefly spoke to Lisa Baker about this legislation as she was driving back from Harrisburg yesterday and congratulated her on her great initiative. She was justifiably proud of the reception her bill has already received from other members of the Senate. She explained the detailed research she had conducted with legal counsel, including consultations with attorneys having backgrounds in takings litigation, before drafting a final version of her bill.

What was especially rewarding was to hear Lisa Baker articulate so well the two foundational issues at stake with this fracking ban. “This is all about basic fairness” she stated, and she’s absolutely correct. Our governor has no right to sell what he hasn’t paid for by going along with a DRBC fracking ban, especially when the SRBC, composed of the same governing majority, has allowed it and found “no discernible impact” on water quality. 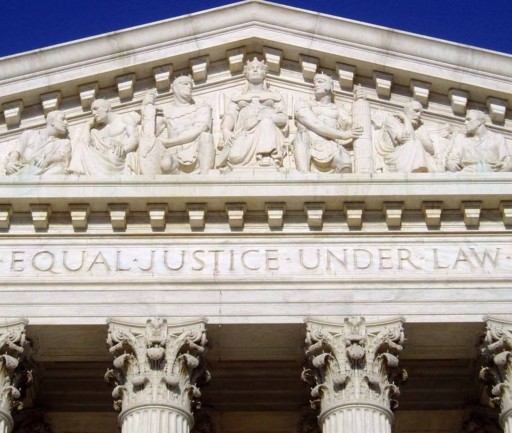 That isn’t all that concerns Senator Baker, though. She also addressed an extremely important legal point; “no unelected unaccountable agency outside the framework of Pennsylvania government should be able to dictate land use regulations on Pennsylvanians.” It’s such an obvious point, it’s easy to overlook, but, once again, this gets right to the heart of the matter. Governor Wolf is using the DRBC to do what he could  never get away with under Pennsylvania law, picking not just winning, but also losing, counties when it comes to mineral rights. It is an outrageous abuse of the rule of law and one her legislation is intended to remedy.

This is the legislation, Senate Bill No. 1189, that Senator Lisa Baker has introduced and which deserves the support of every reader (emphasis added):

Designating certain activity by the Delaware River Basin Commission as the exercise of the power of eminent domain that entitles the owners of the property in question to appropriate and just compensation.

The General Assembly of the Commonwealth of Pennsylvania hereby enacts as follows:

This act shall be known and may be cited as the Delaware River Basin Commission Eminent Domain Activity Act.

The following words and phrases when used in this act shall have the meanings given to them in this section unless the context clearly indicates otherwise:

“Ban.” A prohibition on high-volume hydraulic fracturing within the basin enacted and implemented pursuant to a resolution of the commission dated September 13, 2017. The term includes any other resolution or action of the commission or executive director that has the same or similar effect, regardless of when adopted or taken, to prohibit or substantially limit high volume hydraulic fracturing within the basin.

“Basin.” The area of drainage into the Delaware River and its tributaries, including the Delaware Bay, as defined in the compact.

“Impacted county.” Any of the following:

The General Assembly finds that:

(1) The Marcellus and Utica shale gas formations combined are one of the largest, if not the largest, gas play in North America. These formations run through, among other areas, the northeastern part of Pennsylvania, including the following impacted counties: Carbon, Lackawanna, Luzerne, Monroe, Pike and Wayne.

(2) Rights to mineral estates, and, in particular, to oil and gas estates in the impacted counties, have significant value.

(3) The impacted counties are located, in whole or in part, in the basin.

(4) The commission was established pursuant to the compact between the states of Delaware, New Jersey, New York and the Commonwealth of Pennsylvania and the United States of America.

(5) In general, the purpose of the commission is to:

(i) Encourage and provide for the planning, conservation, utilization, development, management and control of the water resources of the basin.

(ii) Provide for cooperative planning and action by the signatory parties of the compact with respect to water resources.

(iii) Apply the principle of equal and uniform treatment to all water users who are similarly situated and to all users of related facilities, without regard to political boundaries.

(6) On September 13, 2017, the commissioners by a resolution for the minutes directed the executive director to prepare and publish for public comment a revised set of draft regulations to include a prohibition of high-volume hydraulic fracturing within the basin.

(9) Section 14.14(c) of the compact also provides that any taking must be paid for by the commission and not by the signatory parties.

(12) The Commonwealth has not delegated to the commission the ability to determine what activity constitutes a “taking.”

(13) While the General Assembly does not desire by this act to determine whether the commission has the authority to exercise the powers of eminent domain in this instance and does not seek to prevent any lawful and authorized action of the commission to achieve its purposes, the General Assembly seeks to establish that the ban on hydraulic fracturing in the impacted counties contemplated by the commission constitutes a taking of the property of the owners of the oil and gas estates in the impacted counties.

A ban under section 4 shall constitute a taking by the commission of the property of the owners of the oil and gas estates in the impacted counties and the owners shall be entitled to be paid appropriate and just compensation by the commission, in accordance with law, as a remedy for the taking.

This act shall take effect immediately.

Read those highlighted sections and you’ll understand what a brilliant piece of legislation this is. It tells the governor he’s cooperating in what the Pennsylvania General Assembly finds to be a legal condemnation of oil and gas rights, which would require the DRBC to compensate landowners for what they take. It’s entirely logical and there’s no reason Governor Wolf shouldn’t sign the legislation when it passes (we hope), despite his advocacy of a ban. All he will be doing is acknowledging Wayne Countians should be paid for what is taken from them given there is no basis, with the SRBC record, for the action. What could be more reasonable?

Once again, Senator Lisa Baker has cornered the Wolf Administration. If the Governor refuses to sign this legislation, he’s effectively admits to a theft of Pennsylvania rights and a sellout of Pennsylvania sovereignty for the sake of New Yorkers. It’s as simple as that. If you agree, send Senator Baker your thank you by emailing her from here. “Thank you for Senate Bill 1189” will do. She has struck a blow for equal justice under law, and deserves every single one of our thanks.