A columnist at the Scranton Times is exploiting a tragedy to attack natural gas development from the comfort of a natural gas heated office.

There has been a lot of crowing from the anti-gas folks about Chevron handing out free pizza coupons in the wake of a tragic accident where a worker was killed on natural gas well site. The theme has been something along the lines of “how could this corporate behemoth be so cold as to minimize a loss of life with such a pitiful display of compassion.”

Yet, many of the news organizations engaging in this line of prattle, who are themselves corporations, are doing precisely that by using the tragedy as an opportunity to trash an industry with an enviable safety record. Worse, they trivialize a worker’s death to attack drilling and fracking that had nothing to do with it. It’s a shameful display of what can only be called modern day “yellow journalism.”

While it’s fairly obvious the Chevron initiative was less than impressive, it’s equally obvious it was simply a gesture by company representatives who were on the scene and trying to be a good neighbor in the moment. No one is under the illusion this all the company will have to do.  It was, in the big picture, merely a minor detail, but one seized upon some writers to pursue an anti-fracking agenda.

A good example is Chris Kelly’s recent column in the Scranton Times, a particularly sarcastic tirade from a guy who specializes in snide and loves to hate; 1) corporations, 2) hydraulic fracturing and 3) Gov. Tom Corbett. Along with his gleeful putdown of the pizza offer, he presents a handful of Chevron incidents to suggest the industry has an awful safety record and goes on to say this about the industry:

“You get fouled water, ruined forests and gamelands and empty promises of shared prosperity.”

This line tells us Chris Kelly doesn’t care as much about Ian McKee, the worker who lost his life, as he does exploiting the situation to exercise his antipathy towards the industry. He uses McKee’s death to make what are, essentially, four false allegations regarding it, beginning with his implication the industry has a poor safety record. It has, in fact, an excellent record. Here is the latest data on workplace fatalities from the Bureau of Labor Statistics: 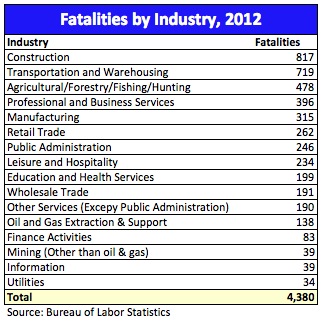 Notice where oil and gas extraction, combined with the support activities connected with it, ends up–towards the bottom despite being a hands-on type of activity. There are more fatalities in agriculture, professional/business services, retail trade, tourism and the education and health sector than oil and gas.

Moreover, if we look at the rates of non-fatal occupational injury, we learn such injuries in oil and gas extraction averaged 1.5 per 100 full-time workers in 2012, which is a whole lot less than the 3.5 injury rate for all industries combined.  The rate for other mining was 2.7. Most interesting, it was also 2.7 for both paper manufacturing and printing and related support activities. This means you were almost twice as likely to be injured making the all that paper the Scranton Times consumes or by working in its printing plant. And, the trucks that deliver all that paper? Well, that industry has a rate of 4.4 per 100 workers as opposed to a 2.0 rate for pipeline transportation. What a shame we can’t ship paper by pipeline.

Also, for the record, the accident occurred long after drilling and fracking had taken place. It happened as the well was being connected to the pipeline. Kelly and others associating that with fracking is a bit like blaming a Scranton Times truck delivery truck accident on his writing. Pipelines incidents are also very limited in number. This chart from the Pipeline & Hazardous Materials Safety Administration (a branch of the US-DOT) says it all:

The numbers are small and declining, despite major increases in natural gas production.

It’s also worth noting this; if you go to the back of the Scranton Times news operation in downtown Scranton, Pennsylvania (pictured below) you’ll notice a natural gas meter. Ironic isn’t it? Chris Kelly is kept warm to write his polemics by the natural gas he attacks. 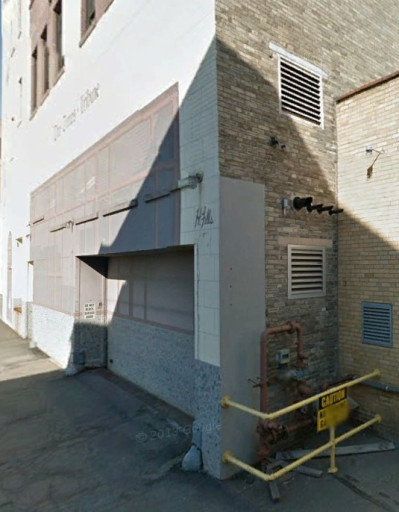 That isn’t all Kelly has wrong. He also asserts fouled water with the industry, but there isn’t a single case anywhere in the US where hydraulic fracturing has polluted a water supply. Yes, there are a few methane migration incidents, but that can happen when drilling a water well or a geothermal well and methane doesn’t “foul” water-it dissipates and there’s no EPA drinking water standard for it–for that reason. And, here’s what some top Obama Administration folks say (from a great Energy In Depth info-graphic just published): 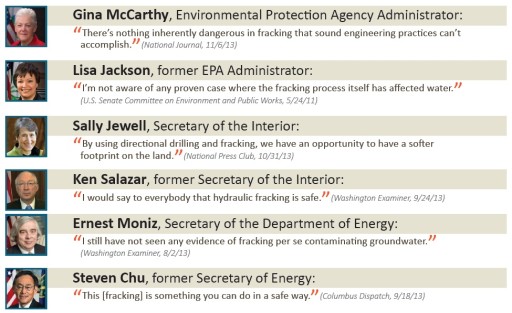 If Chris Kelly doesn’t believe Tom Corbett, that’s fine, but it’s not just Corbett saying fracking it’s safe, it’s lot of VIPs on his side, too. Kelly also suggests forests and gamelands are being ruined by fracking and that’s not true either. Here’s the reality, from the Pennsylvania Department of Conservation and Natural Resources (DCNR):

Oil and gas development is funding state forest programs, not ruining them. The oil and gas industry has already apparently provided $220 million in such support. DCNR projects the total impact of leasing on state forest land will be to ultimately convert less than 25,000 acres of it to non-forest use, a mere 1.6% of the roughly 1.6 million acres of state forest land. If the Commonwealth used just the last five years of contributions from the oil and gas industry to purchase forest land to replace that converted, it could pay as much as $9,000 per acre, which is well above the market price almost everywhere, meaning oil and gas development will allow the expansion of state forests if that’s the goal. All of this, though, misses the main point; that state forests are intended to be managed as resources of the Commonwealth. They were never intended to be wilderness areas.

Scranton Could Use Some Marcellus Shale Prosperity

Finally, Kelly makes an allegation about “empty promises of shared prosperity.” If this was how Scrantonians thought (and I’m confident most don’t), it wouldn’t be hard to see why they’re in so much trouble and missing the opportunity right before their eyes. He ought to read some of what was just published by his counterparts at the Williamsport Sun-Gazette, specifically here and here. Here are excerpts from the opening paragraphs of the latter (emphasis added):

Williamsport has gained the distinction of placing among the top 10 Best Performing Small Cities in the United States, according to a study conducted by the Milken Institute, a non-profit think tank. Overall, the Williamsport Metropolitan Statistical Area showed improvement from an earlier report, ranking sixth overall and first in the state for smaller cities… In its summation of Williamsport, the report’s authors concluded: “Williamsport skyrocketed 13 spots to sixth overall, with strong five-year job growth and Top 10 rankings in one- and five-year wage growth… Williamsport has seen significant job growth in Marcellus Shale-related industries.” Other Pennsylvania MSAs and their rankings were: Allentown-Bethlehem-Easton, 52; Altoona, 86; Johnstown, 99; Harrisburg-Carlisle, 130, and Scranton-Wilkes-Barre, 173.

Let’s see now; Williamsport is rated 6th due to Marcellus Shale development and Scranton-Wilkes-Barre is ranked 173rd. Need we say anything more? What we have, in the end, is nothing more than a sadly misinformed columnist exploiting a tragic accident to act out his prejudices against natural gas from the comfort of his warm natural gas heated office in Scranton. And, we’re supposed take this stuff seriously?