We wonder, do the liberal editors of the Democrat propaganda machine known as the Scranton Times-Tribune consider it “fair” to close down legitimate businesses that provide jobs and tax revenue to the state by targeting them with even higher taxes, forcing them out of business because they no longer turn a profit? Is “profit” a bad word around the news room of the Times-Tribune? Is the word “capitalism” banned from so-called reporters’ lips at the Times-Tribune?

Those are the kinds of thoughts that roll around our brain box when we read yet another sycophantic “we need to tax the Marcellus industry more than we do already” editorial from the brainiacs at the Times-Tribune. 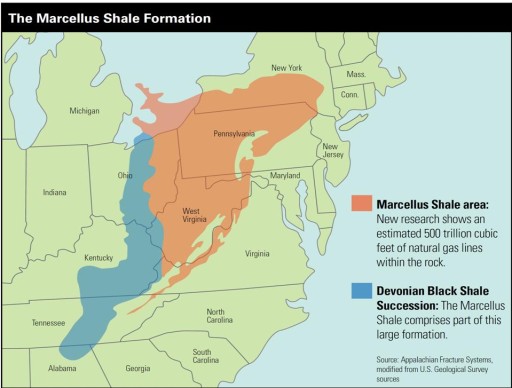 Pennsylvania, Ohio and West Virginia wisely agreed last week to cooperate in many ways to make the most of the Marcellus and Utica shales gas development. But the agreement signed by Gov. Tom Wolf, West Virginia Gov. Earl Ray Tomblin and Gov. John Kasich of Ohio does not address taxation, a major issue across the gas field.

The compact pledges the states to cooperate in developing markets for shale gas, attracting new businesses, expanding gas-related infrastructure including pipelines, and encouraging state-owned and state-affiliated universities to collaborate on gas-related research.

All of that is sensible. Economic markets and job markets are not defined solely by state borders, and infrastructure development has to comport with boundaries of the gas fields and their markets, rather than with state borders.

Addressing taxation within the context of the compact would benefit all of the governments and taxpayers in all three states. It would eliminate the fiction that a fair extraction tax would cause the industry to pull up stakes.

Only state with no tax

Pennsylvania remains the only major gas-producing state without such a tax. Industry acolytes in the Legislature claim that the industry will leave Pennsylvania if it enacts a tax comparable to those in other states.

In addition to working together on market development and other aspects of the gas enterprise, the states should agree to a common severance tax rate. Doing so would establish cost certainty for the industry while precluding it from playing one state against another for the best tax deal. In the process, all three states would receive reasonable amounts of revenue based on extraction levels.

As noted in the Regional Cooperation Agreement, the U.S. Energy Information Administration has reported that 85 percent of the growth in U.S. gas production since 2012 is due to production in the three states. The EIA also estimated that the Marcellus Shale alone will yield up to 147 trillion cubic feet of natural gas by 2040. Meanwhile, a consortium of universities in the three states has estimated that Utica Shale production eventually could be greater than that of the Marcellus Shale.

That growth entails many economic benefits for the region. All three states should reach an accord on fair taxation to maximize the benefit. 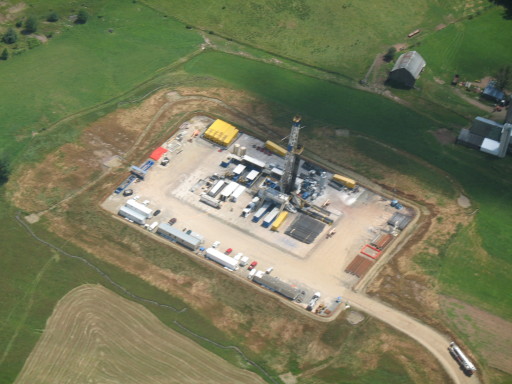 Competition is good. Pitting PA against OH and WV is what has led the Marcellus to become the world’s preeminent shale play. Liberals always want to dump things down to the lowest common denominator. They like to spread the misery around. “Let’s all enforce a high tax across all our states! Yeah! Cool idea!!” That’s how they think. God save us from liberals/socialists/communists (there’s not a dime’s worth of difference between them).

Editor’s Note: Jim rightly points out the impact fee is the equal of a 7% severance tax at current gas prices. We hasten to add that not only does the Times-Tribune ignore this practical factor in reasonable debate of the issue, but it also perpetuates the outright lie that Pennsylvania has no tax. It does so by parsing words to suggest an impact fee is not a tax, but, of course, it is. The fact the Times-Tribune willingly participates in such deception instructs us to its veracity on anything and everything else. It’s simply not to be trusted.