Two Penn State researchers have put out a study about school finances that suggests the shale revolution has hurt more than helped but it makes no sense.

It pains me, as a Penn State graduate to criticize my alma mater but I have no choice. Two members of the College of Education faculty have put out a study about school finances and the impact of shale gas development that simply don’t pass the smell test. I’m talking about a story that recently appeared in a blog called The Conservation and an identically titled piece in the Philadelphia Inquirer the other day. The latter is a little more complete, but the message is the same; “fracking has led to a ‘bust’ for Pennsylvania school district finances.” I categorically reject that claim based on what I see with my own eyes.

I wrote to one of the researchers after I saw the article in The Conversation. The article was all assertion and no data that amounted to anything. Indeed, when I clicked on the link titled “Get the Data” all I got was a spreadsheet with literally six entries; the same ones appearing in the following table from the story: 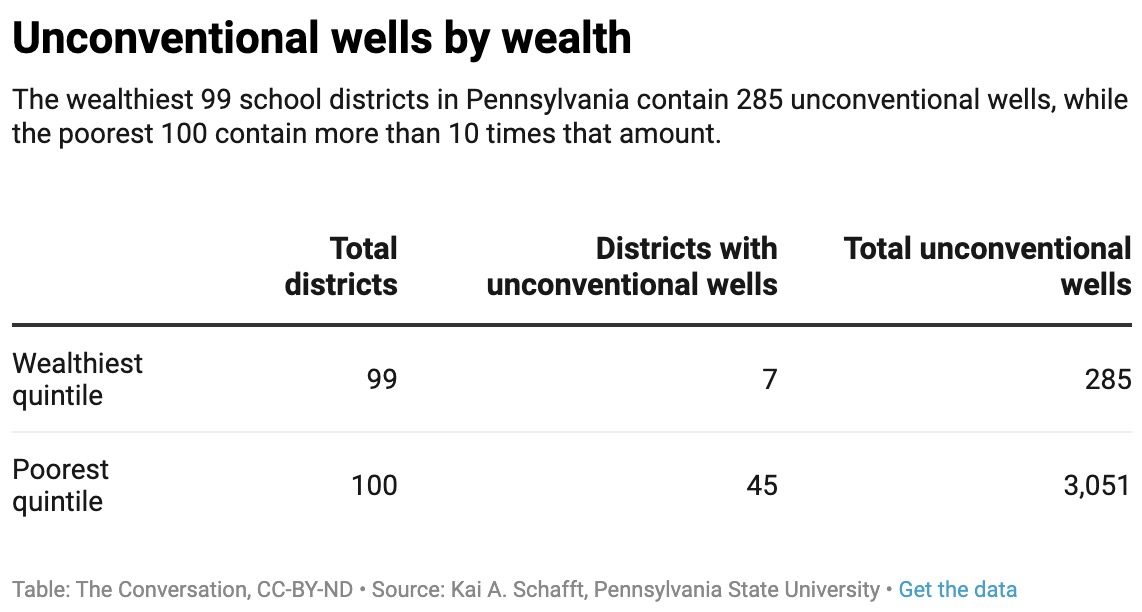 This data, of course, proves nothing other than the fact gas drilling has taken place in rural areas with less wealth, which is surely a surprise to no one and that is precisely why rural areas have wanted it.The rest of the piece was all bark, with one link after another to irrelevant and often clearly biased material plus these assertions:

The Inquirer version of the school finances story added this one:

Similarly, some residents were able to benefit from gas leasing revenues when wells were drilled on their property, but those revenues don’t fall under “earned income.” As a consequence, they don’t contribute toward school revenues.

These assertions and the tone of the articles didn’t pass the smell test for me. So, I wrote to one of the authors and asked for a copy of the study itself. I received a very nice reply and a of the yet unpublished full report. Because it’s proposed for publishing and In do not wish to violate any copyright laws, I haven’t uploaded it. I can tell you, though, it’s one of those academic reports with all kinds of adjustments, covariates, entropy balancing, weighted treatments and calculations of “the average effect of treatment on the treated.” And, it was “robust” to boot.

I don’t do covariates, entropy balancing or weighted treatments and some would say I’m not all that “robust” either. I’m so sick of hearing about robustness, in fact, that I have zero desire to gain that distinction. Indeed, I instinctively avoid trendy academic terms. Nonetheless, I can count and I am able to access school finance data from here. I can even adjust for inflation and, like the authors of the study examine everything in 2015 dollars. So, let’s look at the data for the Elk Lake School District in Susquehanna County, where Dimock is located and compare it to the New Hope – Solebury School District in Bucks County where there’s no drilling anywhere nearby. Both districts have enrollments of roughly 1,150 students, so it’s a good smell test in this case. 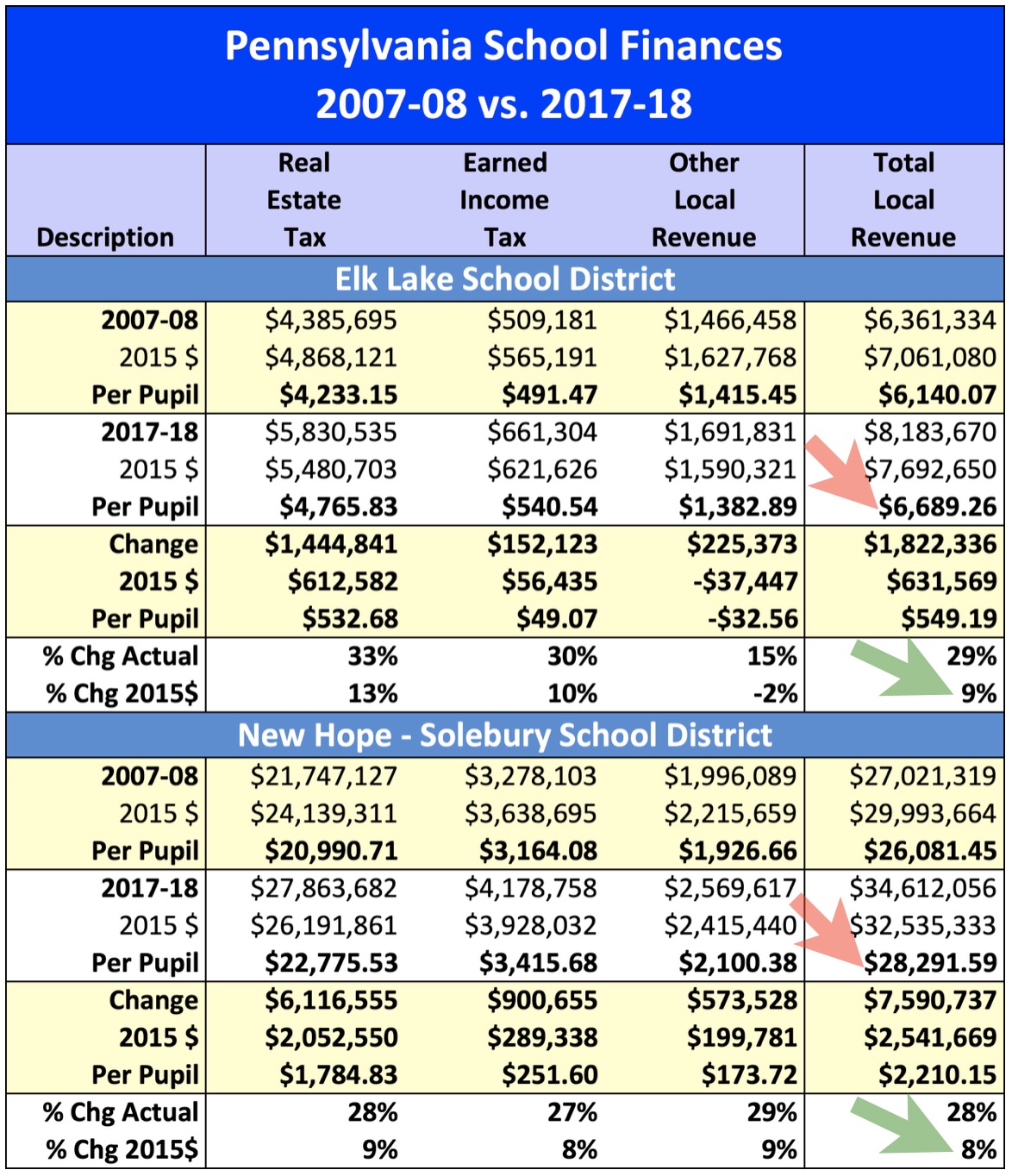 I compared the actual revenues of both school districts for the 2007-08 and 2017-18 school years, adjusted them for inflation to 2015 dollars and calculated the changes over the decade as well as the per pupil numbers. Here’s what I found and what you can see for yourselves from the above:

This hyped up study, in other words, simply shows richer school districts have more revenue to work with and always have; four times more in this illustration. That was true at the beginning and at the end. Marcellus Shale development isn’t responsible for the differential, and it has, as a practical matter, helped Elk Lake grow somewhat faster than New Hope – Solebury.

The hype in The Conversation and the Inquirer is of the worst sort; it essentially says a 200 pound man who gains three pounds is growing three times faster than a 10 pound baby who grew by one. It’s meaningless and apparently intended to help make a case for a severance tax. Don’t fall for it.