NY Attorney General Schneiderman is engaging in climate witch trials, starting with ExxonMobil, claiming it told lies to the public about climate change, but this is no way to make the case for that cause.

Once a witch-hunter catches the scent of a suspected witch, better watch out! It struck us as we read about the drummed up false charges New York Attorney General Eric Schneiderman is alleging against Exxon Mobil – charges that the company has knowingly made false statements about their own complicity and contribution to climate change – just how doomed we really are to repeat history. 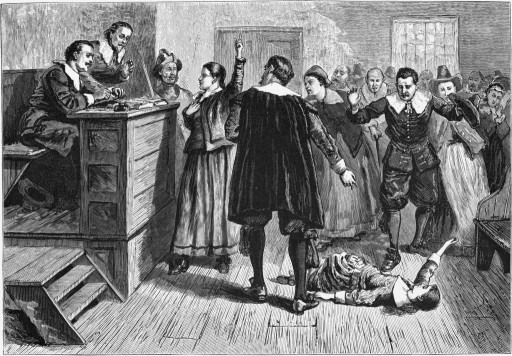 Schneiderman’s actions reminded us of something, and then we found it:

“Rebecca Nurse, a sick and elderly woman of seventy-years old, stood for examination before the court on charges of practicing witchcraft on March 24, 1692. Judge John Hathorne, assisted by Judge Jonathan Corwin, conducted the examination in the meeting house of Salem Village before a crowd of people from Salem Village. The examination of “Goody Nurse” developed into a spectacle worthy of the attendance of so many onlookers, as a number of afflicted women launched into “grevious fitts” and openly denounced Rebecca Nurse as the cause of their torment. In the end, after one of the great confrontations between an accused and the infamous Judge Hathorne, the Judges found cause to bind Rebecca Nurse over for trial after which she was executed on Gallows Hill on July 19, 1692.”

We’re facing the Salem Witch Trials all over again some 323 years later. Apparently we didn’t learn anything the first time around. MDN calls Schneiderman’s current campaign the Climate Witch Trials; the prosecution and persecution of innocent companies based on a belief mankind causes global warming by burning fossil fuels. Now, we learn Schneiderman may be gunning for more than just Exxon Mobil.

The opening of an investigation of Exxon Mobil by the New York attorney general’s office into the company’s record on climate change may well spur legal inquiries into other oil companies, according to legal and climate experts, although successful prosecutions are far from assured.

Many oil companies have funded lobbying efforts and research on climate change, so prosecutors would most likely be able to search through vast amounts of material. The industry has also resisted pressure for years from environmental groups to warn investors of the risks that stricter limits on carbon emissions could have on their businesses, although that appears to be changing.

“Exxon Mobil is not alone,” said Stephen Zamora, a professor at the University of Houston Law Center. “This is not likely to be an isolated matter.”

Energy experts said prosecutors may decide to investigate companies that chose to fund or join organizations that questioned climate science or policies designed to address the problem, such as the Global Climate Coalition and the American Legislative Exchange Council, to see if discrepancies exist between the companies’ public and private statements.

British Petroleum (now BP), Shell Oil, Texaco (now part of Chevron) and Exxon, along with several manufacturing companies, were all members of the coalition, a group of companies and trade associations that started an advertising campaign in the 1990s opposing Washington’s involvement in strong international efforts like the Kyoto Protocol initiative to reduce greenhouse gas emissions.

Energy experts said internal documents from member companies about climate change could contradict what the companies said as part of the coalition, which disbanded in 2002.

“There was a concerted effort by multiple American oil companies to obscure the emerging climate science consensus throughout the 1990s,” said Paul Bledsoe, a former White House aide to President Bill Clinton on climate issues. “This group may be vulnerable to legal challenge.” 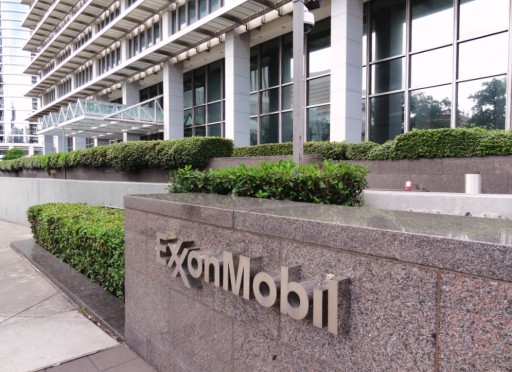 Stick them in the dock at the Climate Witch Trials and find them guilty! Doesn’t matter what they say. Doesn’t matter that the “prosecutor” is a nutjob. All that matters is that they’re guilty, richer than God, and there’s big piles of money for greedy politicians to put their grubby hands on. Sickening.

Editor’s Note: Jim’s observations, as usual, are correct, but there’s more to the story and Schneiderman does a huge disservice to the very cause for which he wants to be perceived as an advocate and defender. It reflects a complete deterioration of the rule of law in this country. Schneiderman is doing a shakedown, hoping to get ExxonMobil to pony up several million dollars in an eventual settlement that he’ll then throw at some special interest group such as the NY-PIRG, just as his predecessor Andrew Cuomo did before moving up to the governor’s office, which Schneiderman also hopes to do. What better way to ensure the support of trial lawyers and the Manhattan ruling class than a lawsuit designed to plow money into their favorite causes?

The shakedown is also designed to intimidate other companies and, of course, it’s already working as Peabody Energy just agreed to disclose “climate-related regulatory risks” in its securities filings for the specific purpose of resolving accusations by Schneiderman. That company, of course, is also now part of the Soros empire and, no doubt, that move was choreographed for similar purposes and to create the image of companies falling in line. It’s cronyism all the way down, yet again a demonstration of the slow collapse of the rule of law.

Then, of course, there’s the grotesque political calculation involved in criminalizing speech, the sort of thing that captures the minds and hearts of Upper West Side and trendy Soho utopians. Add to that the intense desire of this gang to punish ExxonMobil for what they perceive as as inadequate penalty imposed by the courts for refinery related contamination that the Delaware Riverkeeper, et al had hoped would bankrupt the company or something and you have all the excuse Schneiderman needed for a power play move on behalf of his friends. Power, not the law, is what it’s all about for these folks.

We know, too, Schneiderman has very strong ties to these people. His ex-wife and political confidant, Jennifer Cunningham, is a Cuomo advisor. She was also Deputy Counsel to Sheldon Silver, the indicted New York Assembly Speaker. Schneiderman received more than $200,000 in campaign cash from Weitz & Luxenberg principals, not to mention Jay Halfon, a host of other trial lawyers and various NRDC connections and promised to fight fracking as part of his campaign (against ethics rules), promoted the NRDC from the Attorney General’s website and apparently coordinated with the NRDC to harass tiny pro-fracking towns in the Catskill-Delaware region where NRDC principals have major land interests.

Schneiderman was, as well, heavily invested in supporting the NRDC’s and the Delaware Riverkeeper’s legally weak position that proposed gas drilling rules for the Delaware River Basin Commission would require a Federal Environmental Impact Statement. He put Weitz Luxenberg trial lawyer Lemuel Srolovic in charge of his Environmental Protection Bureau and pushing the DRBC matter. Food & Water Watch’s Eric Weltman freely acknowledges just how important Schneiderman’s lawsuit was to allowing enough time for special interests like the Park Foundation and dark money funded Food & Water Watch to permanently ban fracking. Srolovic himself also told the Mayor of Ossining the Attorney General’s office was trying to slow down the fracking decision-making process so fractivists would have time to make a case against it.

There is no question Schneiderman has been collaborating with the NRDC gang and their friends and, if there’s still any doubt in the reader’s mind, check out this web page on the Damascus Citizens for Sustainability website (the Damascus Citizens are Manhattanites who like visiting the Upper Delaware River region and are determined to empty it out). Here’s the interesting part:

By the spring of 2011, DCS and attorney Jeffery Zimmerman began talks with New York Attorney General Eric Schneiderman about mounting a legal challenge to the proposed DRBC drilling regulations. DCS supplied Schneiderman with much of the technical information that became the basis of a suit the NYAG filed at the end of May 2011 challenging the federal government in its role on the DRBC in moving the regulations forward without first complying with the EIS requirements of NEPA. Schneiderman’s suit was followed by similar suits by environmental organizations, including DCS against the DRBC proposed regs. The DCS suit, filed on August 10, 2011, is unique in that it also challenges the DRBC for its failure to conduct a public health impact assessment.

I’ve met Jeff Zimmerman and I have no reason to think he’s exaggerating the DCS influence here. This is collusion. This is corruption. It’s what Schneiderman is all about and it’s no way to run an Attorney General’s office. But, it is what pleases the NRDC gang and friends, which is why deceitful Rockefeller toady Bill McKibben is out there shouting hurrahs for Schneiderman. It’s all the same tiny group of people; a combination of oligarchial special interests and the wacko attention-starved pawns they encourage and finance to fight oil and gas everywhere ironically using the dirtiest tactics imaginable under the cover of tackling “climate change,” which is anything but the real issue here. I’m beginning, in fact, to think Preet Bharara ought to indict Schneiderman before Cuomo, though it can’t come fast enough in either case. Regardless, this is no way to make the case for climate change. It makes discussion among reasonable people impossible, in fact, and that’s the point for ideologues and power players such as Schneiderman.