Our energy policies regarding oil and gas can aptly be described as schizophrenic; political correctness tugging in one direction and reality in the other.

The Obama Administration announced plans on Wednesday to control methane via rules to cut emissions by 45% below 2012 levels. While certainly an admirable goal, the question arises why the Administration would take this move now? According to the Environmental Protection Agency, methane emissions have decreased 12% since 2011, with the largest reductions coming from hydraulically fractured natural gas wells. Emissions from this source have decreased 73% over the same time period.

The EPA proposals would set new standards to minimize leaks, which some say cause 8 million metric tons of unburned methane to enter the atmosphere each year, in new and modified oil and gas systems. 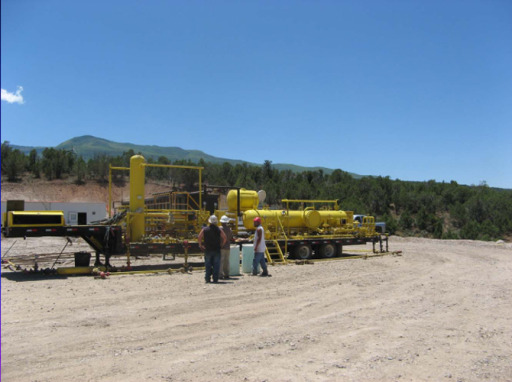 Of course, all the interested parties immediately panned the move. The environmentalists claimed that it does not go far enough in that it will not regulate currently functioning systems. The industry points to its record in decreasing methane emissions and asks if this is a solution in search of a problem?

The answer possibly lies in the schizophrenic attitude President Obama and his Administration has with the fossil fuel industry. On the one hand, he understands that a “renewable fuel” based economy is not realistic at this time, and he loves the decrease in oil prices and geo-political shift the shale revolution has produced. On the other, he sees himself as a transformational President who will change how the country operates, including its fuel base.

Simultaneously with the methane announcement, the Nebraska Supreme Court removed the last legal hurdle to construction of the Keystone XL Pipeline. The President, however, continues to oppose it. This despite the fact that the majority of Americans support its construction, the State Department estimated that over 42,000 jobs (direct, indirect and induced) would be created and our relations with our largest trading partner, Canada, would improve. As George Will points out, the United States has more than 2 million miles of natural gas pipelines and approximately 175,000 miles of pipelines carrying hazardous liquids, yet these additional 1,179 miles are supposed to frighten us? Is it really better to move the gas and oil by rail? 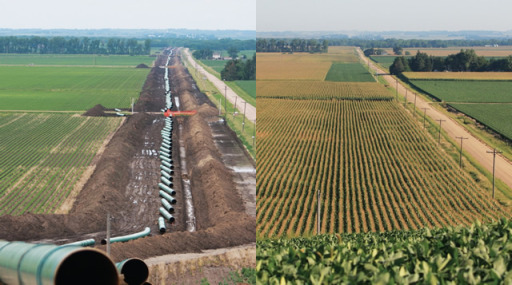 Keystone Pipeline – During and After Construction

It will be interesting to see if incoming Pennsylvania Governor Tom Wolf shares the schizophrenia. This week he nominated John Quigley to be Secretary of the Pennsylvania Department of Environmental Protection, and Cindy Dunn to serve as Secretary of the Department of Conservation and Natural Resources. Mr. Quigley headed the DCNR under former Governor Ed Rendell, while Ms. Dunn was the CEO of PennFuture, a statewide environmental organization.

Both appointments were cheered by environmental interests, but greeted with caution by the energy industry. PennFuture (actually Citizens for Pennsylvania’s Future) has called for stronger regulation on the gas industry and tighter enforcement, but has not advocated a fracking moratorium. Given that Mr. Wolf has criticized New York’s ban on hydraulic fracturing and his appointments could have come from further left, the upcoming four years in Pennsylvania promise to be contentious but possibly quite productive.

The same is true for North Carolina, where the State Mining and Energy Commission has revised rules to govern oil and gas development. The Commission received more than 217,000 comments to its proposed rules. One of the biggest issues (aside from those who just wanted fracking banned overall) involved open pit waste storage. 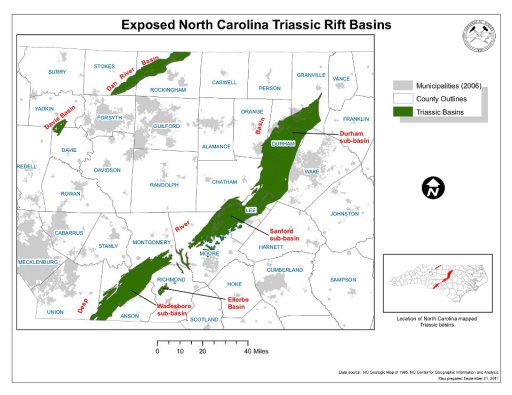 As written now, the pits must be large enough to accommodate a 25-year flood, and must be built outside of the 100-year flood plain. In addition, drilling setbacks were increased to up to 1,500 feet for rivers and municipal water sources. Finally, State regulators can make unannounced inspections. Opponents say that the rules don’t address air pollution, impacts to wildlife or forced pooling.

Procedurally, the North Carolina Legislature has 30 days to introduce a “disapproval bill” opposing any specific rule, and 30 days from there to take action. If this is not done, the first drilling permits can be issued 60 days after the rules become effective.

In California, the first part of a multi-phased study commissioned by the State was released Wednesday. The report, part of a series required by the State as it sets up its regulatory framework, shows that over 20% of the State’s oil production now comes through hydraulic fracturing, with all but 5% of the fracturing operations being in the San Joaquin Valley. Despite more than a century of production there, significant reserves remain, and oil drilling is likely to keep expanding for some time.

Finally, a word about earthquakes. Two weeks ago scientists from the University of Miami determined that a series of 77 earthquakes in Ohio – including one strong enough to be felt – was caused by the hydraulic fracturing process itself. Previously, nearly all earthquakes that related to shale extraction actually dealt with the disposal of wastewater into injection wells.

The research does not prove that fracking actually caused the earthquakes, but that when done near a fault line it has the potential to cause them. As study co-author Robert Skoumai noted, “it appears that a relatively small portion of the operation is responsible for the events,” and therefore “cooperation among government, industry and the scientific community” to try to prevent fracking operations in places where there may be known or unknown faults is recommended. Overall, it sounds like good advice, although I don’t know how you determine where there may be an “unknown” fault?

And, in Texas a group of recent earthquakes around Irving, near Dallas, has resulted in disagreement among seismologists over how to determine whether fracking is the cause. Not surprisingly, a seismologist for the Texas Railroad Commission, which regulates hydraulic fracturing, said he saw no link, while one from the U.S. Geological Survey said that nothing should be ruled out at this point and that an investigation should cover a larger area than the Railroad Commission would consider.

Some 17 earthquakes have been registered in and around old Texas Stadium since January 6. This is in an area that previously saw few earthquakes. While both sides seem to agree that if there is any linkage it will relate to injection wells and not hydraulic fracturing itself, the entire issue in one the industry needs to take very seriously in all its aspects.

Editor’s Note: Small earthquake swarms are not unique to fracking regions. Connecticut has been experiencing them recently, as this story relates.

2 thoughts on “Our Schizophrenic Energy Policies on Oil and Gas”