The La Jolla Junta conspiracy, instigated and funded by the NRDC gang (the Rockefeller family), together with two useful idiot cities, was shut out in court.

Proponents of the #ExxonKnew conspiracy theory—the driving force behind nine (and counting) multi-billion-dollar lawsuits filed by U.S. cities against the world’s leading oil companies—have had an awful month.

Last week, U.S. District Judge William Alsup, who is presiding over the suits filed by San Francisco and Oakland, accused the plaintiffs’ attorneys of misleading the court during a five-hour “tutorial” on climate change when they claimed that Royal Dutch Shell, BP, ConocoPhillips, Chevron, and Exxon Mobil conspired to suppress climate-change science. 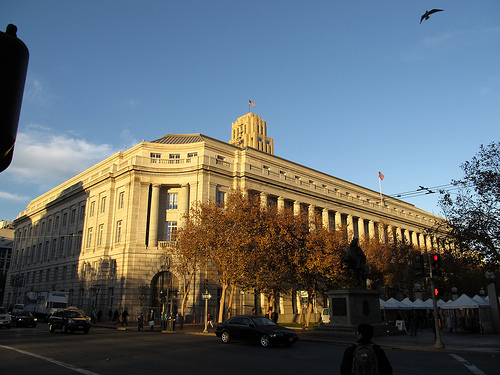 At the conclusion of the unprecedented hearing, which some had hoped would “build a foundation for future litigation,” Judge Alsup “dismissed the claim” that such a conspiracy ever occurred, effectively gutting the very foundation of the plaintiffs’ current and future lawsuits.

But that wasn’t the worst of it.

On March 1, Exxon filed papers in a Texas state court that eviscerated a 2017 “study” by La Jolla conference organizer Naomi Oreskes that sought to prove through “content analysis” that Exxon misled the public about climate change in its public statements from 1977 to 2014. In their filing, Exxon described “that ‘study’ … as a biased, results-driven endeavor to provide the patina of academic legitimacy to a corrupt enterprise.”

At the heart of Exxon’s court document was a 20-page report by Kimberly Neuendorf—a world-renowned content analysis expert—which picked apart Oreskes’ paper piece by piece until there was nothing left but the activist’s obvious bias against Exxon.

The annihilation of the paper was so comprehensive that Oreskes’ co-author, Geoffrey Supran, publicly complained that Exxon used “expert-for-hire doubt mongering” to attack their paper. Unfortunately for Supran, the “expert for hire” he was referring to was Dr. Neuendorf, a preeminent scholar who literally wrote the book on content analysis.

But perhaps most damning of all, in her critique of Oreskes’ research, Neuendorf reveals that “Supran and Oreskes … have cited my methods textbook as a source of information for the methods of content analysis.” That’s right; they used Neuendorf’s methods to try to analyze Exxon’s content. They were just really bad at it.

Following are just a few tidbits from Neuendorf’s scathing critique. (Emphasis added.) If you have the time, it’s highly worth reading.

Editor’s Note: I wrote about the La Jolla Junta here and here, noting the role of the NRDC gang in this conspiracy to take down the oil and gas industry. And, yes, it is a conspiracy, although I’m not inclined to believe in such in most cases. In this case, however, the La Jolla conference proves it. Richard Ayers, one of the founders of the NRDC gang (along with John Adams, father of Catskill Mountainkeeper Ramsay Adams and long-time Rockefeller shill) was there to outline the RICO strategy. 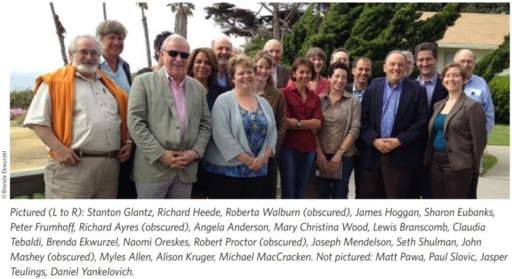 Exxon took exactly the right approach in this instance by taking the offense against these conspirators and their useful idiot shills in Oakland and San Francisco government, pointing out this remarkable admission from the latter’s own bond disclosure statement:

The City is unable to predict whether sea-level rise or other impacts of climate change or flooding from a major storm will occur, when they may occur, and if any such events occur, whether they will have a material adverse effect on the business operations or financial condition of the City and the local economy.

Now, what Exxon needs to do next is to file a civil RICO action against the conspirators. It’s long overdue. These are the individual and groups funding and coordinating fracking and pipeline opposition in this country. They do as investments in their own special interests. These include making a wilderness of the Catskill/Delaware region where they have their second homes, making fortunes for trial lawyers and making good on “clean energy ” hedge fund bets, not to mention the sweetheart land deals with a corrupt New York State government.

This is why the ExxonKnew issue matters; because it’s the same people who oppose fracking and pipelines in New York and who are behind the DRBC fracking ban, as just two examples. We are fighting a blue blood gentry class determined to steal our futures.