There’s a robbery in progress. The DRBC is engaged in a grand scheme to steal land out from underneath Wayne County and its citizenry with Tom Wolf’s help.

Those are the facts—the only facts needed to understand the nature of this crime—the robbery of Wayne County’s land and its future. The DRBC, which is nothing more than the SRBC with different hats, is engaged in this grand theft for one reason and one reason only; it thinks it can get away with it. 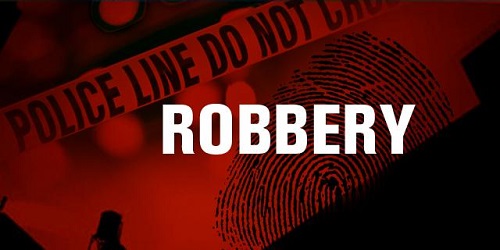 Late yesterday, the DRBC took Step 2 in its robbery. It announced the details of a proposed fracking ban within the Delaware River basin. It is accompanied by numerous pages of double-talk rationalization that amount to little or nothing while completely ignoring the SRBC water quality data.

They, in fact, only mention the SRBC to quantify the amount of water that might be used and to note it classifies water use and disposal for gas drilling and fracking as projects. The most possibly relevant data of all—the water quality record from the SRBC, which the DRBC had in its possession—is completely ignored. This is thundering herd of elephants in the room the DRBC is deliberately pretending not to see. 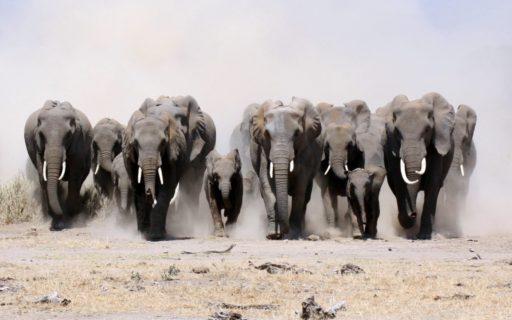 The nature of facts the DRBC ignores regarding its sister agency, the SRBC, when it comes to fracking – a thundering herd of elephants in the room

We’ve explained numerous times here what a tremendous land and power grab this move is. It is an exercise of raw political power, corruption on a grand scale by individuals who  imagine they can steal the land and future of one part of Pennsylvania, give it over to the pipe dreams of others and suffer no consequences. There are many to blame, including the feckless bureaucrat Steve Tambini who had an opportunity to lead and blew it. There’s also, of course, his lying predecessor Carol Collier, the William Penn Foundation and all its shills and the governors of other states who’ve thrown the rule of law out to appease certain radical constituencies.

The chief culprit, though, is Tom Wolf, the bobblehead Governor of Pennsylvania; a trust-funder who bought the governorship and can’t put two sentences together to engage in meaningful discussion of any issue. He’s told the people of Wayne County to go pound salt or drop dead if they’re not happy with that. He’s told them their futures don’t matter too him as much as the good will of the Haas, Heinz and Wallace families; that he’d rather stand with their shill Maya than with us.

Yes, Tom Wolf has written off our pitiful vote count off and given the harrumph to our silly points about the law and the water quality data. He couldn’t care less about us pointing out the DRBC/SRBC hypocrisy. It’s “catch me if you can” as far as he’s concerned. Such is the declining state of politics and policy in the Commonwealth of Pennsylvania. We’re becoming every bit as corrupt as New York.

The good news, though, is this; we know this move is an evasive maneuver by the DRBC in response to the Wayne Land and Minerals Group legal challenge before the Third Circuit Court of Appeals. It wouldn’t be happening but for the DRBC recognizing it could well lose that case and be forced to do what it should have been doing along, which is to treat gas drilling and hydraulic fracturing the same way when they act as the DRBC as when they wear their SRBC hats. The DRBC wants to be able to say it put up the good fight because people like Wolf imagine they have to appease enviros in their midst. People like Tambini imagine they not only need a good cover story, but also to do a certain amount of boot-licking with respect to their members.

It’s all a wretchedly disgusting way to do business but, sadly, is typical of how Northeast politics works these days. Is the DRBC about wanting to ban fracking? It appears so, if they can get away with it. But, they’ve also written these proposed regulations in a way that could, in the event of a Third Circuit loss, eventually yield a SRBC-like system where it’s the water-related activities that are the projects, not gas drilling, well pads and the like. Is this simply a back-up option or what they’re really after? We can’t know but we can be sure Maya van Rossum won’t be happy until after every landowner has left Wayne County.

Therein lies the lesson the DRBC ought to be learning but, obviously, isn’t; attempting to appease demagogues and radicals never ever works. The loudmouths, have gotten their way, always screech for more, which is why the DRBC had been paralyzed on this issue until the Wayne Land and Mineral Group lawsuit came around. Now, they’ve been forced to act and the lawsuit will determine the real outcome, not these proposed regulations.

Nonetheless, there are two hearings scheduled (afternoon and evening) in both Waymart, Pennsylvania (January 23) and Philadelphia (January 25). The DRBC is requiring registrations both to attend and to speak. Readers need to sign up to attend as quickly as possible and check the box to be notified when you are allowed to register to speak. Do so even if you’re not sure you’ll speak; so as to keep the option open. The registration process is unnecessarily complicated but not extraordinarily difficult, so sign up now if at  all possible. Prepare to make some noise!

There’s one more thing needing to said and astute readers will understand; if the DRBC gets away with this great land robbery, the DRBC members will switch hats and, acting as the SRBC, try to pull it off again under pressure from radical enviro loudmouths and their gentry class funders. Act accordingly if you live, own land or do business in the Susquehanna River basin. As Kenneth Minogue wrote in 1984, “the spread of corruption” is the death of freedom.”

And, finally, as for Tom Wolf—tar and feathers. 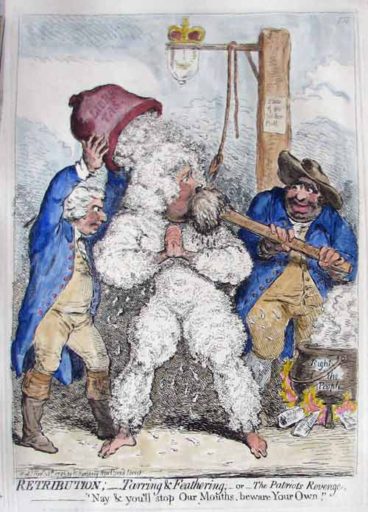