Pennsylvania’s Independent Regulatory Review Commission (IRRC) has said “whoa” as to implementing Tom Wolf’s RGGI plans for a new carbon tax on all Pennsylvanians. State Representative Jim Struzzi says this should send a message to the Governor that he’s in over his head and RGGI is going nowhere. Let’s hope Wolf gets it, but don’t hold your breath. 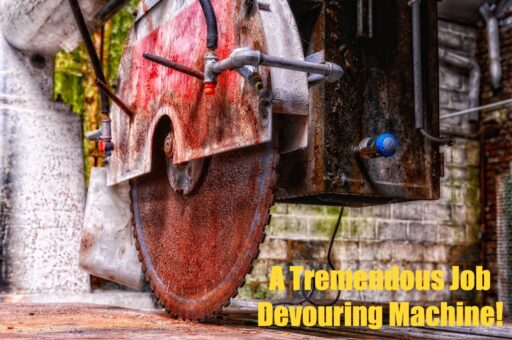 The story is laid out nicely in this press release from the Pennsylvania House Republican Caucus:

“The IRRC recommendation is a clear statement that RGGI is wrong for Pennsylvania and is the latest in a line of advisory boards to offer a negative commentary on what should now be labeled a bad idea that should be put to rest,” Struzzi said. “The governor is trying to skirt the General Assembly and shove Pennsylvania into a job-killing, taxpayer-penalizing multi-state compact and potentially make our state the only one to do so without legislative approval. I have been and remain steadfast in my opposition to RGGI.”

IRRC is asking the state’s Environmental Quality Board (EQB) to delay entry into RGGI by one year from Jan. 1, 2022, until Jan. 1, 2023. Struzzi, who adamantly opposes RGGI and cites its negative impact not only on his district but the state as a whole, believes doing so would represent a compromise between the two sides, although one of those sides is badly outnumbere

“The list of RGGI opponents is a ‘who’s who’ when it comes to energy issues, businesses and regulators,” added Struzzi. “The Department of Environmental Protection’s Citizens Advisory Council opposed the governor’s executive order to join the RGGI last May by a 9-4 vote. That followed an inability by the governor’s own Air Quality Technical Advisory Committee to generate the necessary votes to formally recommend entry into RGGI.

“Additionally, the Pennsylvania Manufacturers Association calls it ‘a flawed proposal’ and ‘not sound public policy for the Commonwealth of Pennsylvania.’ Among the many trade unions that have weighed in on this issue, the International Brotherhood of Electrical Workers says participation in RGGI ‘will result in the eminent closure of coal-fired power plants, cause significant electrical rate increases for business and consumers, and the elimination of numerous well-paying jobs.’

“RGGI is a job-devouring machine that ends up negatively impacting taxpayers energy bills both in and outside of Pennsylvania. We are the No. 1 state for energy exportation, which means our neighbors depend on us. Gov. Wolf is attempting an end run around the state Legislature because he knows he doesn’t have the necessary votes. This is even more evidence of a lack of regulatory ‘votes.’ The IRRC recommendation would allow more time to reevaluate our energy portfolio, which is also important to our future.

Struzzi added, “Pennsylvania has an abundance of natural gas, but over-reliance on it in a state where coal remains king has its drawbacks. Texas, which relies heavily on natural gas, is being crippled by the current ‘freeze out,’ which is why we need a balanced energy portfolio which includes both fossil fuels and renewables.”

Last session, Struzzi authored legislation which Wolf vetoed in September despite bipartisan support. House Bill 2025 would have required legislative support for entry into RGGI. He is in the process of reintroducing the legislation this session, along with colleagues Rep. Donna Oberlander (R-Armstrong/Clarion/Forest) and Pam Snyder (D-Greene/Fayette/Washington)
Questions about this or any legislative issue should be directed to Struzzi’s district office at 724-465-0220.

I love the reference to RGGI being a “job-devouring machine” because it reminds me of that moment in 1973 when Secretariat won Belmont Stakes by 31 lengths and announcer Chic Anderson summed it up beautifully by exclaiming with awe that “Secretariat is widening now. He is moving like a tremendous machine!” Unfortunately, Tom Wolf sees RGGI as a big green moralizing machine but Struzzi’s description is more apt. Wolf wants a carbon tax so he can preen green while leading the Commonwealth straight into the mouth of a jobs destroying dragon machine.

1 thought on “RGGI Would Be A Tremendous Job-Devouring Machine”