Representative Ullman, who lives way downriver, speculates fracking is a threat to the Delaware and is determined to make landowners pay for her speculation.

On May 29, 2019, Representative Wendy Ullman wrote an opinion piece that pretty much parroted the misleading talking points of the Delaware Riverkeeper. Read the Representative Ullman Opinion here.

Our President Ned Lang responded to Representative Ullman’s article and our response was published on July 5, 2019.

You can read Ned’s response here and below: 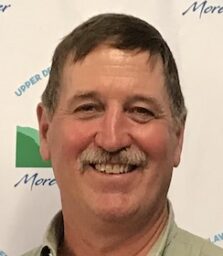 As the [President and] Chairman of the Upper Delaware River Citizens, I must respond to Rep. Wendy Ullman’sopinion piece May 29th in your journal. She said she is “dedicated to preserving and protecting the natural resources of our state.” Well, so are we, as Upper Delaware River citizens. Indeed, we’ve protected our water much, much better than our downstream neighbors.

Representative Ullman states “clean water is under threat right now” as she is talking about natural gas upstream where we live and have to make a living. Exactly how it is under threat from fracking, she never bothers to explain. She simply asserts it.

What we know, and she apparently doesn’t know, is that natural gas development, including hydraulic fracturing, has been taking place in the Susquehanna River Basin with “no discernible impact on the quality of water resources.” That is according to the Susquehanna River Basin Commission, which is governed by the same majority as the Delaware version. Pennsylvania DEP itself says as much.

So, how does H.B. 827, the eminent domain bill she was writing about, do anything other than beg for economic fairness for landowners expected to give up their property for the sake of her unjustified fears?

Representative Ullman also says she was “heartened by the governors’ proclamation to ensure the lifeblood of the Delaware River Valley is fishable and swimmable, its waters able to meet high drinking water standards, and its tidal shorelines and waters accessible to the public.” That statement doesn’t acknowledge who has kept upstream clean.The only reason there’s any quality water for downstream users is that we deliver it.

And, tell us how, exactly, equal justice under law threatens the DRBC or the Delaware River we’ve protected? All we want is basic fairness—to be paid for what is taken from us based on only unwarranted speculation about some future harm for which there is no evidence. That doesn’t interfere in any way with the DRBC’s right to regulate.

Moreover, contrary to Rep. Ullman’s suggestion “drillers” want to conduct hydraulic fracturing in the Delaware River Basin, it is landowners who have been deprived of the economic gains downstream folks already enjoy. We simply want some fairness. Why would anyone be opposed to that?

Rep. Ullman says this issue is personal to her constituents.Does she imagine it’s not personal for us or that she’s the only one who values the river?

Where does Rep. Ullman come off asserting a threat to the Delaware as she drinks the water from the Susquehanna while in Harrisburg; water from a basin where fracking has been going on for a decade with “no discernible impact” on water quality?

The entire upper basin on the Pennsylvania side, in fact, is already designated as High Quality or Exceptional Value water subject to the most stringent water quality standards out there. The latter classification essentially prohibits any development of the sort routinely found downstream. But, there is one kind of development that can meet those extraordinarily high standards and it happens to be natural gas development.

Natural gas wells are routinely drilled in EV waters under state regulations. Water quality has been protected with “no discernible impact” on the drinking water in Harrisburg that comes from those waters.

Yet, Rep. Ullman would deny us, her upstream neighbors who deliver her clean water, not only the opportunity to develop our natural gas resources, but also to be compensated if that right is to be taken from us. That is grossly unfair.

Article V of the Bill of Rights of the US Constitution clearly defines the rights of property owners, and the fact that property use issues can only be resolved by Due Process and that the owners of property taken must be fairly compensated. Both HB827 and SB305 address the inequity being foisted on property owners in the Upper Delaware River Basin.

Many types of government action infringe on private property rights. Accordingly, the Fifth Amendment’s compensation requirement is not limited to government seizures of real property. Instead, it extends to all kinds of tangible and intangible property, including but not limited to easements, personal property, contract rights, and trade secrets.

In United States v. Dickinson, 331 U.S. 745 (1947), the Supreme Court held that even if the government does not physically seize private property, the action is still a taking “when inroads are made upon an owner’s use of it to an extent that, as between private parties, a servitude has been acquired either by agreement or in course of time.”

Our property use rights are not determined by popular vote, but by the law of the land, the Constitution of the United States Of America.

On June 6,2019 DRBC Director, Steve Tambini was questioned by UDRBC Secretary Betty Sutliff if there were any other industries banned due to possible risks in the basin. She also expressed the factual observation that the four DRBC Commissioners had already confirmed that they were voting for a total ban; before the public comment meetings were held!

Tambini’s response: “As Ms Sutliff knows, that matter is both under litigation and pending before commission.”  Here are the UDC meeting minutes, in fact. Jeff Dexter asked why the DRBC had their people on the floor of the PA House, lobbying legislators against HB827 and telling them that there is no natural gas in the Upper Delaware River Basin. Tambini’s response was that they were “educating.”

If there is no natural gas in the Upper Delaware River Basin, what is the issue? There won’t be any fracking! Make no mistake about it. This overblown issue has been created as an underhanded attempt to extend the power of the DRBC not only manage water quality, but to override the authority of the states and control every aspect of how you can use your land. All of this is based on hypotheses already disproved by the Susquehanna River Basin Commission and the Pennsylvania DEP.

2 thoughts on “Representative Ullman Gets Strong Response from UDRBC”