The Constitution Pipeline Project was the best hope for homes and businesses to finally have affordable energy instead of some of the highest costs in the nation.

The rejection of the Constitution Pipeline Project permit is being felt in ripples by several groups in New York. In a Binghamton Press & Sun Bulletin article posted yesterday, reporter David Hill looks into just how far these ripples might travel. He highlights the plight of Amphenol Aerospace in Sidney and the Raymond Corporation factory in Greene which were both looking forward to switching over operations to natural gas brought by Constitution to their areas. For a bit of perspective, Raymond Corporation is Chenango County’s largest employer and had consider Constitution a “game changer.” 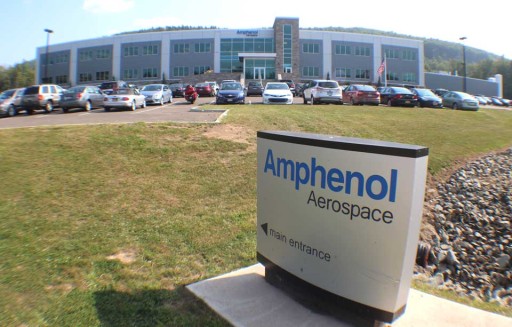 How much could the lack of natural gas supply affect these businesses and others looking to stay/move into the area? Steve Craig, CEO of Commerce Chenango, commented in the article:

If you’re a site selector you have a check list. If all those boxes aren’t checked, there are plenty of places that you can go where they do offer it all.

At the end of the day, companies need infrastructure in the form of water, sewage, highway, railway and energy. With energy comprising a large portion of cost for operating a business it’s important to ensure investment in a facility provides access to abundant, clean-burning, affordable natural gas – just like the natural gas Constitution would have brought through the oft-neglected southern tier of New York. 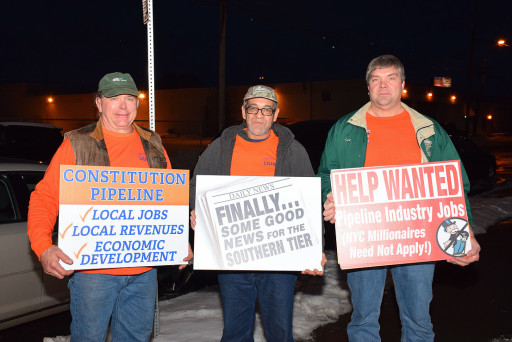 Rejection of Constitution Pipeline Derails Affordable Energy for Everyone

The Constitution Pipeline permit denial by the New York State Department of Environmental Conservation (NYSDEC) is both a disappointment and an insult to the citizens of New York and the thousands of hard working tradesmen and women who would have benefited from the good jobs and affordable clean energy. The project was shovel-ready and would have been built under a Project Labor Agreement; ensuring that thousands of highly-skilled and trained construction workers would have job opportunities with family-supporting wages and benefits.

The unusual decision to deny a federally-approved project sacrifices the best interests of New Yorkers. Utilizing skilled construction workers and responsible contractors, pipelines are safe. Despite the hysteria surrounding pipeline construction, pipelines are the safest way to transport natural gas.

The facts that have been completely disregarded are that expansion of natural gas is the best hope for affordable energy in a region with some of the highest energy costs in the nation. Without it, New York cannot meet future energy demands or clean power goals. The scheduled closure of the FitzPatrick nuclear power plant and the proposed closure of the state’s three remaining coal plants will take enough energy offline to power more than a million homes. The closures combined with anticipated increases in demand and EPA goals to reduce emissions by 10 percent will create a shortfall of 29 million megawatt hours by 2030. Fully two thirds of New York’s clean energy requirements could be met by using natural gas: without it and projects like the Constitution Pipeline, there is not a realistic scenario for meeting these goals or keeping the lights on.

Instead of considering what is in the best interest of the people of the great state of New York, the decision by the NYSDEC undermines the economy, progress on clean power, and access to affordable energy.

The half-million members of LIUNA – the Laborers’ International Union of North America – like describing themselves as being “on the forefront of the energy and construction industries, a powerhouse of workers who are proud to build America” and it couldn’t be more true. Their statement speaks to common sense, reason and the economic, not to mention environmental, reality. Andrew Cuomo erred big-time.