The Regulatory Assistance Project is pushing for electric vehicles and other green scams being advanced by special interests seeking out government rent.

The Regulatory Assistance Project (RAP) is an” independent, non-partisan, non-governmental organization dedicated to accelerating the transition to a clean, reliable, and efficient energy future.” This post addresses their “Roadmap for Electric Transportation”.

I have run into the Regulatory Assistance Project policy recommendations before. Staff are “former utility and environmental regulators, industry executives, system operators, and other policymakers and officials with extensive experience in the power sector.” After seeing this I wondered who supports their work and could find nothing on their web page. Mark Krebs looked into the Regulatory Assistance Project and concluded that RAP is effective and well funded but could not find any specifics who funds their work. He suspects and I agree that “RAP is now being funded by the usual climate fear mongers, such as the Pew Charitable Trust, the Hewlett Foundation, etc.” 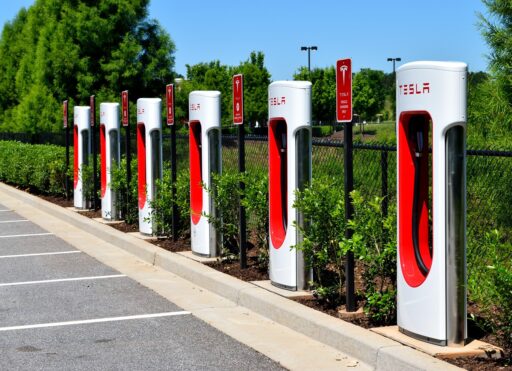 The intent of the roadmap is to provide legislators a “complete and useful resource for legislators interested in accelerating electric vehicle deployment.” The Regulatory Assistance Project has developed a policy guide, “as well as a set of model legislative options with annotations noting their implications, a fact sheet and presentation slides.” In other words, it is a slick lobbying effort.

“Electrification of the transportation sector (cars, trucks, buses, taxis, ports, etc.) provides an opportunity for states to save citizens money, increase local jobs and business, address national security concerns, improve public health and combat climate change. Real-world experience and studies show that these benefits are achievable, but proactive legislative action and state planning are needed to realize their full magnitude. Without an early and comprehensive approach, potential benefits will be lost.”

In particular, I had to scratch my head how electric vehicles (EV) would provide those benefits.  I address each benefit claim below.

It is a matter of faith electric vehicles will save consumers money.  The RAP Policy Guide states:

Consumers buy electric vehicles for a variety of reasons, ranging from environmental consciousness to enjoyment of the product. The costs of new EVs are higher than comparable gasoline vehicles, but the cost differential is dropping. EV owners currently save money after purchase because EVs are cheaper to operate and maintain than gasoline vehicles. Maintenance costs of an EV are lower than for traditional vehicles due to fewer moving parts. Fueling costs are cheaper too; on a national average, it costs less than half as much to travel the same distance in an EV as in a conventional vehicle.

I don’t want to spend a lot of time doing a quantitative analysis of potential cost savings but will make some comments. There is the obligatory claim that EVs are more expensive now but the costs are coming down and when they do, boy oh boy, then everyone will want one. In the meantime, if people would just consider that maintenance and fuel costs are cheaper, then people would buy them. So, on one hand consumers are supposed to total costs to guide their decision to buy but not all the costs.

The first contradiction is that the claim electric vehicles require less maintenance also means that there will be fewer maintenance jobs.  In addition, the The Regulatory Assistance Project Policy Guide states “In Minnesota, a study found that installing 150 EV chargers would generate $14.2 million in economic activity, including $4.6 million in labor income.” The reference for that claim says:

“The University of Minnesota Extension study indicates that installing just 75 50-kW and 75 150-kW DCFCs in Greater Minnesota would generate $14.2 million in economic activity. This includes $4.6 million in labor income.  Communities and businesses that host charging stations may also see economic benefits as EV drivers eat or shop while their vehicles charge.”

However, there is no reference for the study to determine if this claim is justified.  The direct cost to construct 75 50-kW and 75 150-kW fast-charging electric vehicle chargers listed is $9.2 million. Without the original reference to check the assumptions I will assume that each charger equals $9.2 million divided by 150 or $61,333 each.

The report claims that 50 people will be employed at a cost of $3.3 million. I have no clue how to apportion that because I have no idea how many people would take how long to install a charger, but we can add the labor cost to estimate that each charger will cost $83,333. Somehow, the study claims that spending will lead to indirect and induced output of $5 million.

I don’t know what you call grey literature that references grey literature that quotes an unreferenced study but, suffice to say, it is not peer reviewed science. All this example and the other points made in the policy guide show is that government spending creates jobs but ignores the broken window fallacy – money spent on EV fast charges, for example, is “money that cannot be spent on food, clothing, health care, or other industries. The stimulus felt in one sector of the economy comes at a direct – but hidden – cost to other sectors.”

Just when you thought the claims could not get anymore ignorant the national security benefit is described:

In 2017, the United States imported about 19% of the petroleum it consumed. Because transportation accounts for nearly three-fourths of total U.S. petroleum consumption, using more energy-efficient vehicles like hybrid and plug-in electric vehicles can have a direct impact. When EVs plug in, they are mostly powered by a domestic mix of energy sources, including natural gas, coal, nuclear, hydropower, wind and solar. This is in stark contrast to gasoline-fueled vehicles, which depend solely on oil — which is subject to a range of global price and availability risks.

This studiously ignores the changes caused by fracking which have changed the import/export dynamic because in 2018 the US only imported 11% (or 8% less than in 2017) of the petroleum it consumed and I am sure that the 2019 imports will be even lower. There also is another national security issue – not enough of the rare earth minerals necessary for EV batteries are produced in the US. It is estimated there’s about 63 kg of lithium in a 70 kWh Tesla Model S battery pack, which weighs over 1,000 lbs (~453 kg).

When asked if he worries about lithium supply, Tesla CTO JB Straubel once said that he worries more about cobalt, which is used in the cathode of Tesla’s battery cells. The resource is more problematic since the bulk of it overall supply has historically come from the conflict-prone Congo. Clearly, if you look at the big picture national security concerns will be an issue if we try to electrify transportation compared to where we stand now with petroleum.

The fact is that ambient air quality levels have been coming down in the United States for years. There still are some ambient air quality issues and a switch to electric vehicles will help alleviate those health problems. However, there will be diminished returns for future reductions simply because the concentrations are already so low. In fact, the marginal improvements in the United States have to be weighed against health impacts elsewhere.

The public health improvements claimed by EV advocates immorally ignore the environmental and health impacts of rare-earth mineral mining elsewhere.  In particular, cobalt is problematic. Unlike most metals, which are not toxic when they’re pulled from the ground as metal ores, cobalt is “uniquely terrible,” according to Gleb Yushin, chief technical officer and founder of battery materials company Sila Nanotechnologies.

“One of the biggest challenges with cobalt is that it’s located in one country,” he adds. You can literally just dig up the land and find cobalt, so there’s a very strong motivation to dig it up and sell it, and a a result there’s a lot of motivation for unsafe and unethical behaviour.”

The Congo is home to ‘artisanal mines’, where cobalt is extracted from the ground by hand, often using child labour, without protective equipment.”

Advocates for greenhouse gas reductions regularly pick and choose which numbers to include and which ones to exclude. Until the electric grid operates only without fossil fuels, the CO2 emitted from the tailpipe is simply moved to an electric generating unit stack somewhere. I would love to see a true life-cycle analysis of the 100% renewable energy system vs. the fossil-fueled energy system. I suspect that the real observable environmental impacts of the renewable system with the enormous areas required to provide power as opposed to the fossil-fueled system of today are greater.

More importantly, transportation greenhouse gas emissions in, for example, New York are such a small fraction of global emissions any reduction will not provide any tangible benefits.

There is another aspect of the EV policy that weakens the benefits arguments.  In “A reality check on electric cars,” Bill Lynch and Dr. Jay Lehr crunched some numbers and show that the benefits of electric cars are based on weak numbers.  They also show that the goal of a longer range EV is unlikely simply because the weight of the additional batteries needed offsets the mileage gained. The bottom line is that the prospects for improved EV performance are not as rosy as proponents suggest.

To summarize, the benefits claimed in this study are all either feel good virtue signals or demonstrably inaccurate.  There could be public health impacts but given current ambient levels of pollution they will be smaller than imagined in the descriptions of this report. There will be climate change “benefits” but they are only feel-good measures because the impacts could never be measured.

Cost savings projections are based more on expected cost reductions and ignore the additional costs of installing a charging system. The claims made for local jobs and business cannot be verified and ignore reductions that would necessarily occur in the existing vehicle service job market.

The claims for national security ignore the current status of petroleum imports and exports.  More importantly, they immorally ignore the very real horrific environmental and societal impacts of cobalt mining in the Congo as well as the fact that relying on that country for a critical component necessary for electrifying transportation would substantively increase national security concerns.

The Regulatory Assistance Project is a front organization for climate fear mongers. This slick package of lobbying materials is based on shallow and inaccurate claimed benefits. Sadly, I expect that it will find a ready audience for those convinced that we have to do something and unwilling to check the basis of the arguments.

Editor’s Note: When an organization has one of those bland bureaucratic names with a meaningless message and it claims to be non-partisan, that’s the tipoff of a ripoff. A more obscure and less threatening name than “Regulatory Assistance Project” could hardly be invented for a corporatist raid on federal treasuries. It’s pure Newspeak. And, yes, Roger’s instincts that the distinctly anti-gas RAP must be funded “by the usual climate fear mongers, such as…the Hewlett Foundation were on the money. The William & Flora Hewlett Foundation, in fact, gave RAP $2.0 million in 2015 and another $1.5 million in 2017.