State governments need to get all aboard with LNG by rail if America is to continue its resurgence in energy and maintain its energy independence.

I’m sure many of us have seen the headlines regarding America’s dominance in energy under President Donald Trump. While the United States has dominated natural gas since 2011 thanks to the Marcellus Shale, America also took the top spot away from Saudi Arabia in terms of oil in 2018. 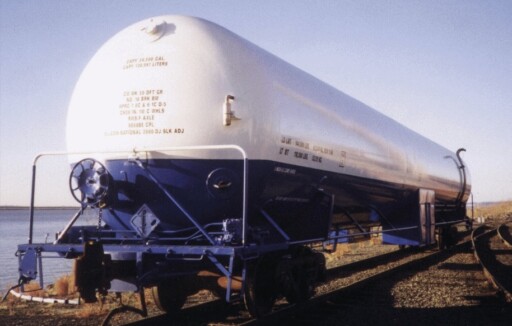 America became the leader it is today thanks to the investment of private companies in this great country’s natural resources as well as developing policies that support the growth and concept of energy independence.

Innovation has also led the way for American energy development, and a once dying industry that had an extremely heavy hand in developing the historic industrial revolution in the United States – rail – has a fresh opportunity once again thanks to natural gas.

While some opposition was certainly expected (I’m looking at you, California and New York, among others) I am quite disappointed that my home state of Pennsylvania is against this proposal.

In comments from the AGs per that AP story linked above, their protesting stems from the typical reasons/excuses to block any sort of transportation of natural gas: the safety concerns of residents, first responders and the environment.

Specifically, the state AGs said LNG would be transported “through densely populated areas, potentially in unit trains of up to 100 tank cars operated by just one person, on the same rail lines used by high speed passenger trains, with inadequate safety precautions.”

Hey, I’m all for safety, especially of people, and if it’s truly not safe enough, then work needs to be done to improve that, because transporting by rail is a huge opportunity for two major Pennsylvania industries – rail and natural gas.

However, let’s take a look at the recent track record of rail in terms of transporting “hazardous material.”

According to the Association of American Railroads, of all the hazmat moved by rail in the United States in 2017 (approximately 2.3 million carloads), 99.999 (yes, five nines) percent gets to its destination without any releases caused by an incident. To reach that figure, rail hazmat accidents have dropped by 41 percent since 2008 thanks to investment in infrastructure, innovation in technology (dispelling the notion that rail is too outdated), employee training, self-imposed operating practices and community safety efforts.

In other words, unsafe rail is bad for business, let alone a safety hazard, so significant steps have been taken to mitigate those risks, and it’s paid off. Many more details of these safety statistics can be found here.

So while I’ll give the AGs the benefit of the doubt that they’re truly looking after the safety of people and the environment, it’s hard to ignore (especially in New York’s case) the stringent opposition to modes of transportation that are inherently and provably amongst the safest. The fact that 99.999 percent of hazmat rail is transported safely is an amazing track record for any transportation method, not to mention New York’s politically-driven and illogical hatred of pipelines – one of the safest ways to transport natural gas.

It’s interesting to note that, while all these entities are standing on the environmental and safety pedestals as the reasons for blocking transportation via rail and pipeline, they allow the trucking of LNG through their states.

Now I have nothing at all against trucking. That industry has created many well-paying jobs here in the Marcellus and they are much-appreciated. But if we’re talking about environmental efficiency and safety, well, pipelines and rail take the cake. In fact, freight is about four times more fuel efficient than moving that same amount of product on the highway. Factor in that 99.999 percent safety record, and it seems like a no-brainer to me.

It is worth noting that the Trump administration did issue a special permit for the New Fortress Energy LNG plant being constructed in Wyalusing to transport its LNG by rail once it’s up and running. With there being rail right down the street from this facility, it figures to be an extremely crucial part of its operation, since places like Jamaica and Ireland want American natural gas more than New York does.

In the meantime, I’m sure this issue between the AGs and Trump administration will stretch on for awhile. Hopefully, given the advantages of rail and being energy independent, common sense will prevail, and an industry that moved the materials that built America can breathe new life once again.

4 thoughts on “Rail Makes Perfect Sense for Shipping LNG, Despite Some Slick Lawyers”