The increasingly radical Rockefeller family is funding an anti-pipeline campaign on many fronts, including in West Virginia where their puppets are suing.

A group of profoundly radical “environmental” organizations filed a lawsuit in the U.S. Court of Appeals for the Fourth Circuit last Friday against the West Virginia Department of Environmental Protection (DEP) – for doing their job. The Sierra Club, West Virginia Rivers Coalition, Indian Creek Watershed Association, Appalachian Voices and Chesapeake Climate Action Network have sued the DEP because the department had the audacity to conduct a very thorough review, and then issue a stream and water-crossing permit (demanded under federal law) for the Mountain Valley Pipeline (MVP).

MVP is a $3.5 billion, 301-mile pipeline that will run from Wetzel County, WV to the Transco Pipeline in Pittsylvania County, VA. The project, which filed an official application with the Federal Energy Regulatory Commission in October 2015, is being built by EQT, NextEra Energy and several other partners. This is now standard operating procedure for Big Green groups with deep pockets. Sue and keep suing in an attempt to slow and eventually kill off any project that remotely involves fossil fuels. 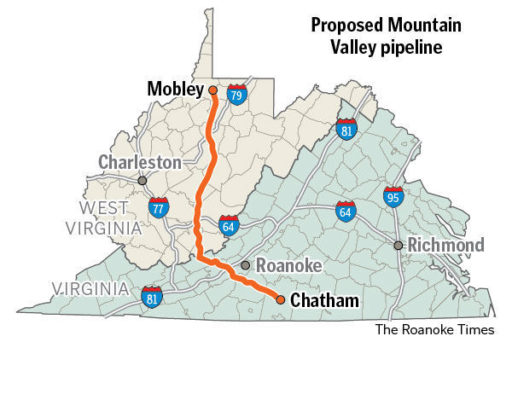 Yes, they are radical, they are extreme, waaaaaay outside the mainstream of American society. And they must be stopped. When will someone launch weekly lawsuits against these Big Green organizations?


Five local, state and national citizen groups have asked a federal appeals court to overturn the West Virginia Department of Environmental Protection’s approval of a state authorization for the Mountain Valley Pipeline.

Lawyers for the groups filed their petition for review Friday afternoon with the 4th Circuit Court of Appeals in Richmond, Virginia.

Last month, DEP Secretary Austin Caperton refused to grant a hearing to environmental groups and citizens who filed an appeal after his agency approved a Clean Water Act certification for the MVP project…

The permit in question is a certification under Section 401 of the Clean Water Act that the pipeline activity will not violate the state’s water quality standards or stream designated uses.

In appealing the DEP’s approval to Caperton, citizens and organizations said the agency did not have enough information to draw such a conclusion.

“With the MVP proposing to cross streams more than 600 times in West Virginia alone, it’s startling the bar was set so low on information required from the applicant,” said Angie Rosser, executive director of the West Virginia Rivers Coalition, one of the groups that filed the 4th Circuit petition. “Especially for a project of this magnitude, we expect a lot more detail. Without the complete information and analysis, there’s no way that West Virginians can be assured their rivers and streams won’t pay a price.”

Unlike many other permitting decisions, an appeal of a DEP 401 certification does not go to a board like the state Environmental Quality Board, but to the agency secretary. Under the DEP’s own rules, the secretary has discretion on whether to even hold a hearing on such an appeal.

When it initially approved the pipeline’s 401 certification, the DEP issued a news release about the action and pointed members of the news media to the MVP developer’s website for “information about the potential economic benefit” of the project.

Groups filing the appeal of Caperton’s decision with the 4th Circuit include the Sierra Club, the West Virginia Rivers Coalition, the Indian Creek Watershed Association, Appalachian Voices and the Chesapeake Climate Action Network. The groups are represented by attorneys with Appalachian Mountain Advocates…

Editor’s Note: Jim’s admonition is exactly correct. The pipeline industry is under attack by hordes of radicals firing at it with lawsuit and protest machine guns. Yet, pipeline companies hardly bother to fight back, preferring, it seems, to die as mealy-mouthed creatures of their public relations and corporate legal staffs. If they were serious, they would be filing countersuits at twice the rate of the radicals. They’d also be going hard after the funders; elitist foundation money being the mother’s milk of the anti-pipeline campaign.

It’s perfectly obvious who those funders are and they represent but a handful of extremely wealthy trust-funders and special interests. The radical Rockefeller family is the pre-eminent force among these entities, being the wealthiest. It is also precisely the entity behind this attack on the MVP. Appalachian Mountain Advocates has, in fact, been specifically funded by the Rockefeller Family Fund (RFF) to “oppose construction of oil and gas pipelines in Virginia.” RFF also funds Appalachian Voices according to its website. 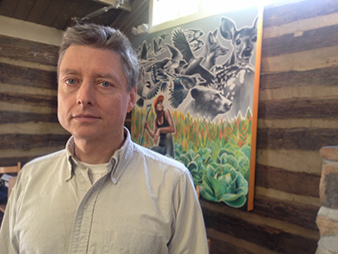 Notice, though, the list of grants on that website is a “representative list.” The full list would normally be found attached to the organizations 990 return filed with the IRS, but when one goes to publicly available copies of the 990 return for 2015 (at Guidestar, for example), there is no list. Instead, the return refers to a separate schedule that is not attached. This is no coincidence. The radical Rockefeller family doesn’t want it to be easy to find out what it funds. We know fighting pipelines is part of its agenda, though, from the activities of its NRDC gang subsidiaries in New York, where it has funded opposition to water quality certifications for the Constitution and Northern Access Pipelines.

We also know its agenda from other sources who monitor grant-making by elitist foundations. Chesapeake Climate Action Network, for example, is reported by Citizen Audit to be funded by the Sustainable Markets Foundation and the Rockefeller Family Fund, as well as the Environmental Integrity Project. All three are heavily funded by the radical Rockefeller family. The family also contributes to funding of the Energy Foundation which, in turn, funds the Sierra Club. The West Virginia Rivers Coalition is funded by the National Wildlife Federation, another Rockefeller family funded enterprise.

This entire charade, in other words, is funded directly or indirectly by the radical Rockefeller family as part of its ongoing special interest agenda of making a wilderness of areas it wants for its own enjoyment. If the pipeline industry is serious about defending itself, it will go on offense against all these groups, but especially the Rockefeller family, which is conducting a racket here. Challenge them with a RICO lawsuit. Challenge their tax-exemption. Challenge their failure to effectively disclose who they are funding. Document the relationships and, as Jim recommends, file a new lawsuit every week. That’s the way to win. Anything less is not only pointless but also counterproductive in giving the opposition more time, which is part and parcel of their delay game. Stop playing games and fight!

35 thoughts on “The Radical Rockefeller Campaign Against Pipelines”